Melbourne Fresh Flowers has been a part of the research and growth of floriculture in Melbourne for over two decades. Being one of the most trusted Melbourne Florists they have a thorough knowledge and specialization in understanding of the soil, growth patterns, variety of flowers supported by the terrain and pre-requisites of gardening. Today, they want to accompany you on the journey of knowing the fascinating aspect of winter flowers of Melbourne. 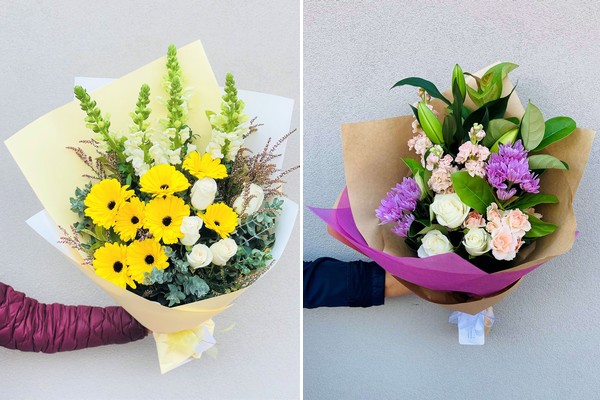 "You would be surprised to know that even a season as cold and dull as winter actually experiences blooming of hundreds of varieties of flowers. While some varieties grow locally and bloom in sufficient quantity, others are imported from other parts of Australia to cover for the deficit in demand. The year 2020 saw a devastating 76% downfall in the floral industry, but year 2021 is already on a rebound. Year 2021 has recorded 68% growth so far with easy Online Flower Delivery. Florists are hopeful that this percentage will soar further in the latter half of the year."

While they watch floriculture thrive again in Melbourne, they have compiled a comprehensive list of winter flowers. "These flowers can transform our winters from gloomy to bloomy!"

1.      Roses
In the world of winter flowers, Melbourne is a top consumer of roses. "The city contributes to a huge percentage of the rose-market. Ever since the government introduced biosecurity changes- making the double fumigation a mandatory practice, the market has again turned to local growers for fresh blooms. The freshest rose blooms are home grown in Melbourne but in the months of excessive demand, Melbourne imports roses from different places like Africa and South America."

2.      Orchids
Being the second most favourite variety of flower all across Melbourne, orchids hold a major share of floral industry. "They are an absolutely delightful wedding staple due to their fragrance, longevity and variety of colors. Orchids are mostly imported from parts of New Zealand and mostly Singapore."

3.      Lilies
Most of the varieties of lilies are home grown in Melbourne and other parts of Australia, Mellbourne Fresh Flowers says. "The local producers are efficient in harvesting the quantity required to meet local demand. Although the growing and harvesting of lilies is limited to cooler months, a considerably small percentage of lilies is imported to the city from suburbs."

4.      Snapdragons
"This variety of flowers are tough and can withstand dry weather conditions. Since Melbourne falls in the Temperate Zone, Snapdragons thrive in winter months in the city. Most of the local produce is consumed by the local Melbourne Flower Delivery. This variety of flowers is imported from other parts of Australia only in the case of exceptional soaring demand."

5.      Chrysanthemums
"Although Chrysanthemums are a popular autumn flower, their late flowering blooms make them a sought-after choice for winters as well. 68% of the local demand is met by local growers, and the rest of the 32% demand is met by the fresh blooms imported from mostly Malaysia. Whether in the form of disbud or with stems, this flower is a florist staple all across Melbourne."

6.      Gerberas
"Being a perennial variety of flower, Gerberas bloom best in warmer months. In Melbourne Flower Industry, Gerberas are pot planted in some parts of Melbourne but are mostly imported from low mountainous regions of Australia like Dandenong Ranges. Excessive cold makes the gerberas wither and hence their growth revolves around the less cold months of Australian Floriculture Calendar."

Latter half of 2021 looks promising!
After the 2020 pandemic hit, entire floriculture industry witnessed a heart-breaking decline in demand and caused businesses to close down, they explain. "But with the successful vaccination drives, the latter half of the year 2021 looks promising enough to bring back smiles and fragrances back to Australians."