What growers and landscapers need to know about box tree moth

On May 28, 2021, the U.S. Department of Agriculture’s Animal and Plant Health Inspection Service (APHIS) announced that it had confirmed the presence of box tree moth, Cydalima perspectalis, in the continental United States and is working to contain and eradicate the invasive pest. Growers and landscapers can learn more about the situation on Aug. 5 when Michigan State University Extension will be partnering with Clemson University to offer a free webinar, “What Growers and Landscapers Need to Know About Box Tree Moth,” from 12:30-2 p.m. During the webinar, we will cover signs of the box tree moth and actions to take to treat the moths. 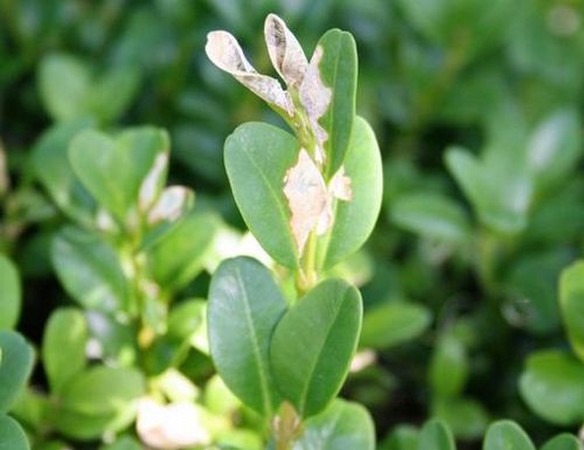 According to the press release from APHIS, “Between August 2020 and April 2021, a nursery in St. Catharines, Ontario, shipped boxwood (Buxus species) that may have been infested with box tree moth to locations in six states—25 retail facilities in Connecticut, Massachusetts, Michigan, New York, Ohio and South Carolina—and a distribution center in Tennessee.”

The box tree moth was detected at three locations in Michigan this spring, but the Michigan Department of Agriculture and Rural Development (MDARD) and USDA APHIS have removed the threat in those locations.

In addition to the webinar, MSU Extension is also partnering with MDARD and USDA APHIS to implement an early detection insect trapping program with citizens to learn if the box tree moth has been introduced elsewhere in Michigan. While MDARD nursery inspectors are actively inspecting commercial boxwood crops for box tree moth, MSU Extension is also asking nursery growers who currently grow boxwood or landscapers who have recently installed boxwoods in either 2020 or 2021 to check them for signs of infestation as described below, to consider use of box tree moth pheromone traps, and to report any positive or suspicious finds. 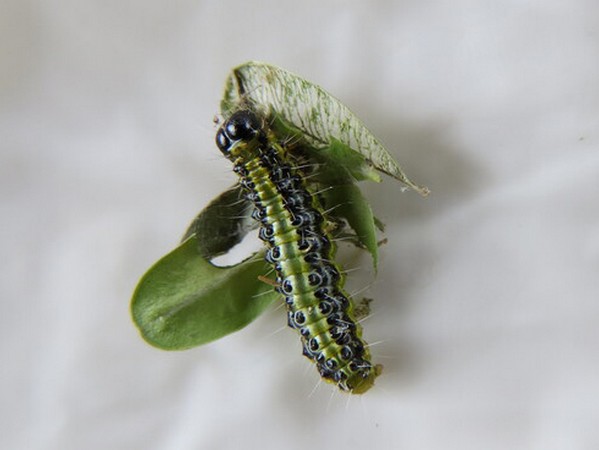 Signs of the box tree moth
Box tree moth caterpillars only feed and reproduce on boxwood (Buxus spp.). First, you will see the beginning of defoliation of the boxwood leaves (Photo 1). If you begin to see signs of damage, check the boxwood plants for caterpillars (0.25 inches after egg hatch to 1.5 inches long when mature), which are lime green with black stripes and have white spots and hairs (Photo 2). The caterpillars have a shiny black head. As feeding progresses, caterpillars eat the leaves and bark, leaving only the midribs of leaves (Photo 3). With extensive feeding damage, you will see webbing from caterpillar silk and the eventual death of the plants.

Nursery growers should spray all boxwood shrubs grown in containers or in the field two times this season (late July and early September) with a pyrethroid insecticide labeled for use in nurseries (i.e., bifenthrin, cyfluthrin, permethrin, resmethrin, cypermethrin, lamba-cyhalothrin, sumithrin). 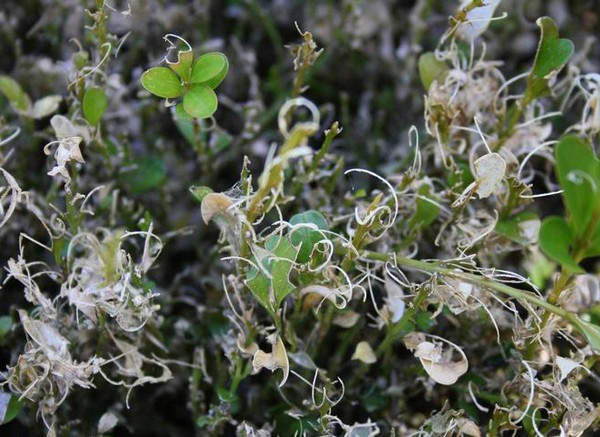 Landscapers who purchased and planted boxwoods within the last year should consider implementing a precautionary spray program. MSU Extension recommends landscapers or homeowners spray boxwood shrubs twice this summer (in late July and early September) with bifenthrin (several ready-to-use products available at the garden center) or any pyrethroid insecticide for homeowner use. Pyrethroid insecticides are those where the active ingredient ends in thrin, for example cyfluthrin, permethrin, resmethrin, cypermethrin, lamba-cyhalothrin, sumithrin.

Alternatively, landscapers or homeowners can also spray a Bacillus thuringiensis (Bt) product once every two weeks. Bt is a bacterium that kills insects when ingested. There are subspecies of Bt that affect specific types of insects; kurstaki is the subspecies that specifically targets caterpillar larvae. Look for product labels that say Bacillus thuringiensis subsp. kurstaki (Btk).