The jury was not only convinced by the innovative business idea for "RoBo®Cut", a fully automated, autonomous, AI-controlled, and sterile production system for plant propagation but above all appreciated the great courage of Friederike and Stephan von Rundstedt. After almost 100 years of company history, the entrepreneurial couple has taken a completely new path with RoBoTec. The established, third-generation family business Bock BioScience - one of the world's most renowned tissue culture laboratories and plant manufacturers - was transformed into the high-tech company RoBoTec PTC GmbH. This made a strong impression on the jury, which included Helge Hußmann (Starthaus Bremen) and Dino Zirwes (Die Sparkasse Bremen AG). Friederike and Stephan von Rundstedt are delighted with the award on behalf of the entire team. "The prize not only has charisma outwardly but also inwardly," says Stephan von Rundstedt. 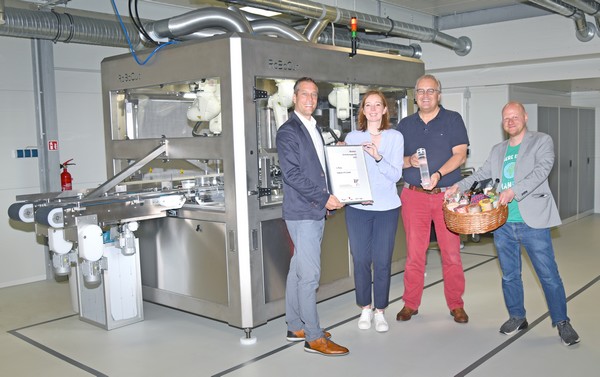 The Bremen Start-up Prize 2021 includes 10,000 EUR and is considered the most important award for founders and entrepreneurs. The prize is awarded to outstanding founders who have been particularly successful in building up a young company. "We want to give Bremen's founders a stage. One of our goals is to contribute to the positive development of the start-up climate in Bremen," says Dino Zirwes. The decisive factor, he says, is the role model function in the development of new business ideas and the establishment of a company. Due to the Corona pandemic and the associated restrictions, the prize will be awarded again this year, not at the Entrepreneurs' Gala with 600 guests, but virtually.

On 19 February 2019, Friederike and Stephan von Rundstedt founded the start-up RoBoTec PTC GmbH as managing owners. The entrepreneurial couple has succeeded in automating plant propagation in a unique way. The fully automated processing method for in vitro plants will revolutionize and change the entire agricultural and plant industry. 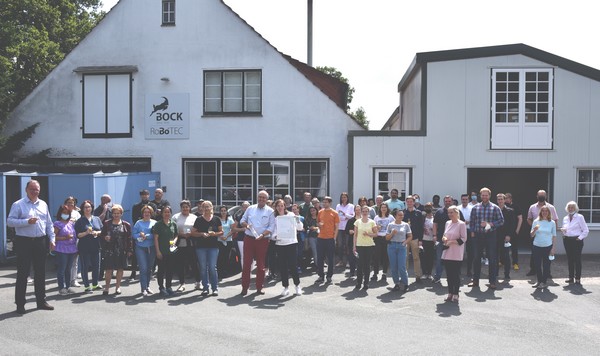 RoBo®Cut is a complex robotic system with laser technology that uses innovative hardware and software, particularly in the field of image processing and artificial intelligence, to produce ecologically better plants in vitro reliably, automatically, and contact-free at low cost. The sustainable systems from the RoBoCut family reduce CO2 emissions worldwide and enable the world's plant propagators to produce locally in a fair way for their own markets.

“As unbelievable as the idea sounds, it is logical that it could only be solved by real plant specialists," says founder Friederike von Rundstedt, responsible for research and development. "Without our many years of experience in ornamental plant breeding and propagation, we would not have dared to take the step towards developing this highly complex, fully automatic plant propagation system," recalls the horticultural scientist. 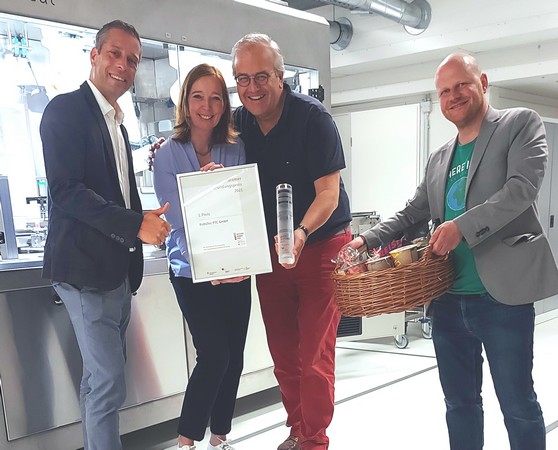 Every plant is individually different. For automation specialists, individuality is one of the greatest challenges. "Our deployed Industrial Internet of Things (IIoT) technology creates the possibility to produce individualized "batch size one" items, such as plants of the highest quality, yet profitably in vitro. We have to react individually to each incoming plant object in the RoBoCut. This process succeeds because the system is implanted with the necessary intelligence via Deep Learning," adds Stephan von Rundstedt, founder, and CEO of RoBoTec PTC. This intelligence is the translation of plant knowledge into software code. Machine learning is RoBoTec's2/2 particular strength alongside plant knowledge. In the meantime, the start-up is supported by a team of software developers, technicians, and project managers that has grown to 14 heads.

The patented RoBoCut system has already won several awards. Winning the Bremen Start-up Award 2021 opens up another opportunity for the RoBoTec start-up. The Bremen Start-up Prize is integrated into the nationwide competition of the German Start-up Prize. Helge Hußmann from Starthaus Bremen, along with the other finalists Sharemac and WIOQnet, advises the first-place winners, in particular, to apply for the German Start-up Prize: "With this innovative business idea and the special sustainable solution, our prize winners should apply. We believe they have a good chance.”