Tessa Corp on continuing expansion after the pandemic

“While the pandemic halted our expansion plans, we just bought new land and have started adding another 20 hectares of production, after which another 20 hectares will follow,” says Carlos Naveda, Director of Tessa Corp, one of the fastest growing farms in Ecuador. They started on 4.5 ha in 1997, grew to 114 ha in just 23 years, and are now working on further expansion. And it is not just their production that is increasing, their assortment is being expanded as well, as they are even branching out of roses for the first time. Naveda also explains their important decision to continue full production during the uncertain times of COVID-19 and how that has prepared them for the increasing demand. 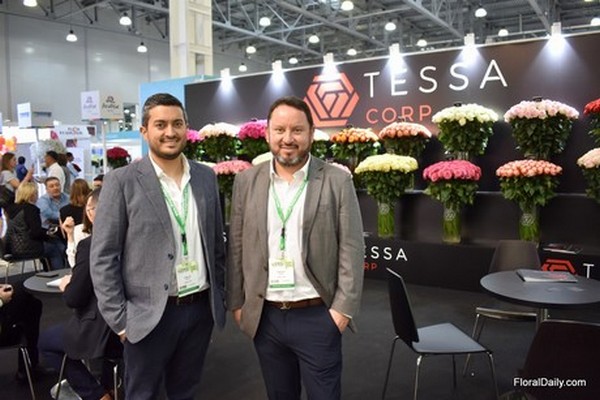 Carlos Sanchez and Carlos Naveda at the FlowersExpo 2019 in Moscow, Russia.

2020 the only year without expansion
Because of the pandemic, Tessa Corp’s expansion plans for 2020 did not occur. Yet this lack of expansion did not remain for long. “We expanded to a total of 114 hectares in 2019 and were planning to do more in 2020, but because of the pandemic we decided not to. Luckily, at that time we just had the flowers ready from our 2019 expansion, so we were able to profit from that and not expand our assortment either for that year. Yet now that it is 2021 and things are improving, we are continuing our expansion plans. This year, we bought additional land of 55 hectares and are currently working on expanding production on that by 20 hectares. Further expansion on this new land will then begin later in the future.” Naveda explains that being able to find new land is really difficult at the moment in Ecuador. “Therefore, what most companies are doing is taking over already existing farms that are not doing well. Yet we think there are many benefits to starting from scratch on a new land, as you can really do things exactly as you want it.” 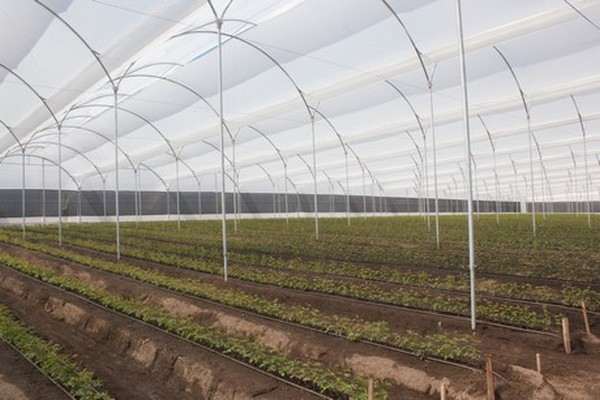 Expanding assortment
Naveda explains that the expansions are mostly in order to meet the increased demand for their roses. That is why they are using 80% of their expansion for growing more of the roses already in their assortment, and the remaining 20% for new varieties they think will be great additions. “We have actually been receiving requests from customers for spray roses, so that is something we are considering as well. This is an exciting opportunity for us as we have always only done different varieties of regular roses. In 2020 we also started selling Gypsophila, which is the first time we were branching out and selling something other than roses. We are excited to see the positive response from our customers, as they have been selling quickly.”

“We decided to not reduce costs during pandemic”
While many companies were cutting down costs, Tessa Corp wanted to be fully ready for when business would be back. “When the pandemic just started and it was hugely impacting many companies, we were already looking ahead toward the future. While other companies were reducing costs during these uncertain times, we decided to continue production as usual and keep 100% of our employees. Of course this seemed like a mad decision for most people, as we could not yet imagine that customers would be so interested in flowers and plants once things would improve. Yet it meant that our company and production was really strong when the demand was quickly increasing.”