In recent years Flexibell Greenhouse Systems has supported the necessary complete greenhouse construction projects with technical support, deliveries and supervision, primarily in China. Flexibell has several of its own production locations there, ranging from greenhouse systems to various other greenhouse materials, so a focus on the horticultural growth country was an obvious choice.

Co-founder Joost Bogaard and export manager Marco van 't Hart also expect to support many projects in the Asian country in the coming years, but they also want to realise more outside China. The Dutch company wants to remain flexible and accessible to everyone. 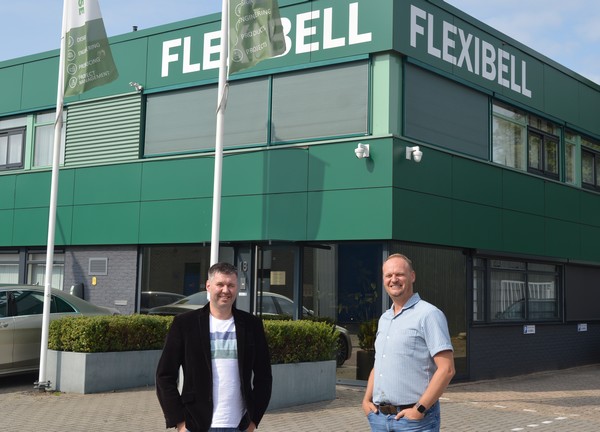 Growth market China
The name Flexibell, with a double 'l', comes from Pierre Bell, co-founder and partner of Joost. He has been active in the Chinese market for seventeen years. He set up Flexibell Systems in 2013 and had several factories set up in China to produce greenhouse systems and products in view of the expected growth of the horticultural market there. However, that did not happen at the time, so he returned to the Netherlands in 2015, Joost says, laughing: "And then the market picked up there after all."

Pierre and Joost then decided to start working together and in 2017 the first projects were already done. At first still 'under the radar', but when in 2019 clients knocked on the door with the desire to put their construction partner on the map among colleagues, the decision was made to stand at a trade fair in Qingdao for the first time.

Engineering
That same year, the company officially took on its current form, with a focus on one hand on greenhouse construction in Flexibell Greenhouse Systems and on the other on various solar panel systems in Flexibell Energy Systems. The Flexibell Systems head office is in Naaldwijk.

Eighteen months ago, the company moved into premises there. This move gave the company more space, both for the processing of materials and for extra people in the office, including the necessary engineers.

Flexibell Greenhouse Systems focuses on engineering. From Naaldwijk, and also from the branch in China where the company now has 20 people with three offices and also employs engineers and supervisors, complete horticultural projects are worked out. The fact that it is a 'complete' project does not mean that everything goes through Naaldwijk and that customers have to buy everything from Flexibell. On the contrary. Joost: "We buy materials flexibly and on a project basis anyway. We work together with various colleague companies for this. I also don't think that in the current market you can expect international customers to buy everything from you."

A greenhouse project in Tongcheng

Flexibell Greenhouse Systems makes as much use as possible of its own local production, be it in China or another country. Marco: "If the client opts for this, we can still engineer everything from here. So it happens that we supply a greenhouse system from the Netherlands, China or Russia, but the customer chooses and buys the substructure themselves, which we then engineer and take responsibility for. Things like heating pipes are also easily obtained in China and other countries. We know China by now. This way we can save a lot on transport." A third option is for Flexibell Systems to purchase for the customer in China and deliver directly to the location.

Additional focus countries
Two years ago Flexibell Systems carried out a market survey for exporting companies, subsidised by the Rijksdienst voor Ondernemend Nederland. This resulted in a number of focus countries, all located along the Silk Road. Joost explains that the research followed from the desire to grow, but also from the viewpoint of risk spreading. "Although our local presence and production allowed us to continue building during Covid, for example, you don't want to be dependent on the (political) whims of one country. That is why we are now focusing on projects outside China. The focus is on countries such as Kazakhstan and Uzbekistan, but we would also like to carry out projects closer to home.

In the long run, Joost is careful not to be involved in projects all over the world at once. "That is not our ambition. At some point, you have to focus and make choices." Also with regard to customer requirements. "Because we produce our own greenhouse systems and products, we are flexible and can make customised systems and products fairly easily and deliver them quickly on site. However, there are limits to this. You could say that as long as it is not too exotic, we can make anything that is just a little bit different." 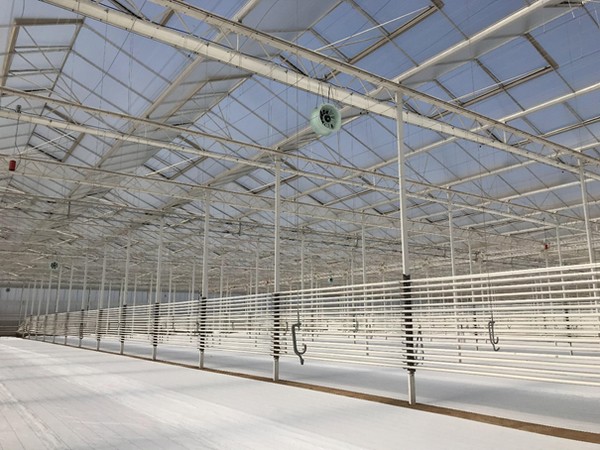 A greenhouse construction project in Fuping