Future Fynbos on growing protea after a challenging year

A pandemic, frosts, and dropped prices, but South African protea sales picking up

“Last year COVID-19 created much uncertainty about the Proteaceae season, and then we also had to deal with severe frosts and prices that dropped by 12%. In total we had to throw away approximately 30,000 stems of Ayoba® Arctic Ice in 2020,” says Caroline O'Brien, Managing Director at Future Fynbos. Thankfully, the first six months of 2021 have been much more positive as sales have gone well so far, and the South African protea growers are looking forward to a much more positive season.

A challenging 2020 that slowly improved
“Last year, after the start of the pandemic there was much uncertainty as to how the South African 2020 Proteaceae season would unfold. The white cynaroides ‘Arctic Ice’, managed by Future Fynbos under the Ayoba brand, really took a hit during its first peak in April/May 2020. Fortunately, the market started to improve in the middle of May and was ready for the second peak of production in September/October.  Volumes for the year increased by 17% from 2019. Unfortunately, average prices dropped by 12% in 2020.” 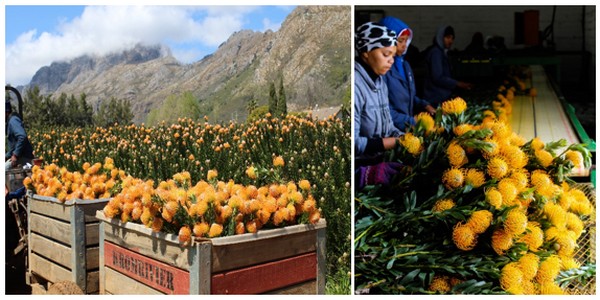 A positive start to 2021
According to O’Brien, the 2021 season started off well, with the production of Ayoba Arctic Ice being up by 35% compared to the first half of 2020. In addition, prices were 45% higher than they were in the first 6 months of 2020. “Pincushions make up the largest group of Proteaceae exported from South Africa with some 12 million stems exported from South Africa in the 2019/2020 season (Capeflora statistics, February 2021).  These flowers come in a variety of different colors and shapes and have excellent vase life.  With global production they are now available almost year-round. Ayoba pincushions accounted for 2 million of these stems in the 2019/2020 season. Future Fynbos is continually breeding and trialing new varieties with the aim of bringing them to the market in commercial quantities, and to optimize the growing of the variety as well as its vase life.” 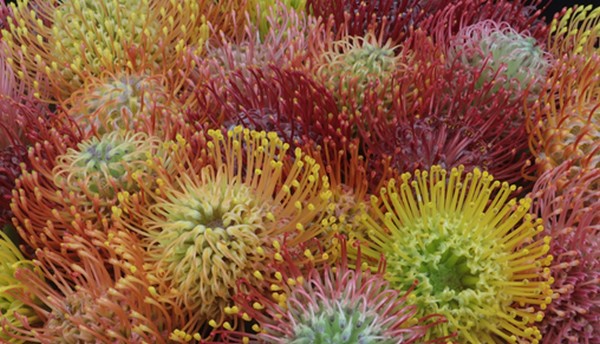 Frosts delaying crops
O’Brien explains that the 2020 Ayoba pincushion season in South Africa was affected by a winter characterized by protracted cold fronts and sharp temperature drops from mid-June to the end of August.  In addition, severe frosts occurred during the last week of August 2020 across the Western Cape, which is the main Proteaceae production area, delaying the start of the crop. “The 2021 winter in the Western Cape has had more frequent cold fronts with higher rainfall to date than 2020 and one frost event in the middle of July.” Despite everything, the protea growers remain positive about this year’s season. “As long as farms are able to operate and planes are flying to get our product to the market, we can look forward to a good season.”