With the first cuttings having been supplied and planted in week 31, the first Chic and Chic Cream bays are being harvested today at the Van Tuijl family's new growing site in Nieuwaal, the Netherlands. This is the fourth site of this family business, which has been growing chrysanthemums for many decades. The new location, which is being managed by Leendert van Tuijl, is equipped with the latest growing technologies, including a state-of-the-art hybrid lighting system, Airmix units, and insect screens on the air vents. In other words, everything is geared towards an optimum cultivation process designed to produce a top product: beautifully flowering Chic chrysanthemums with a market-compliant end weight, a high degree of uniformity in the box, and optimum vase life. From today, around 160,000 Chic and 45,000 Chic Cream will be supplied weekly via Royal Flora Holland Aalsmeer, Naaldwijk, and Rijnsburg. 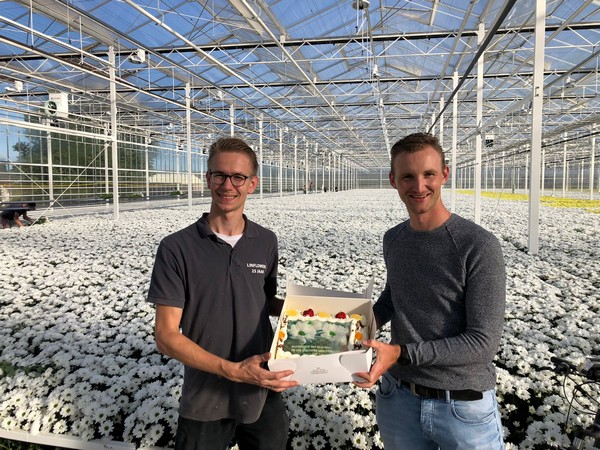 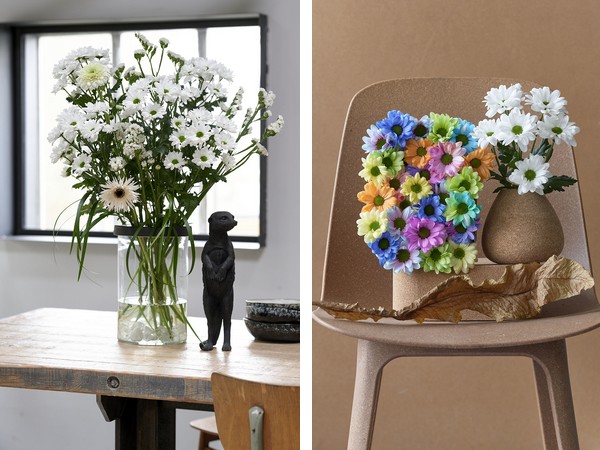 Chic stands out with its striking combination of snow-white outer petals (ray florets) and the contrasting lush green center. A stylish, modern spray chrysanthemum that retains its ornamental value thanks to its excellent transportability and very good vase life. Chic's amazing dyeability really sets it apart. It's now possible to produce flowers in the most spectacular colors and respond instantly to any new trend. Millions of Chic stems have already found their way to the consumer, so it comes as no surprise that Chic has transformed into a global player. LinFlowers' decision to grow Chic has further reinforced its market-leading position and allows even more consumers to enjoy this wonderful product. 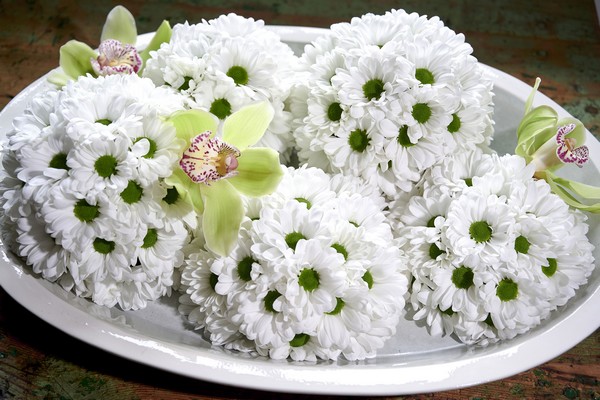 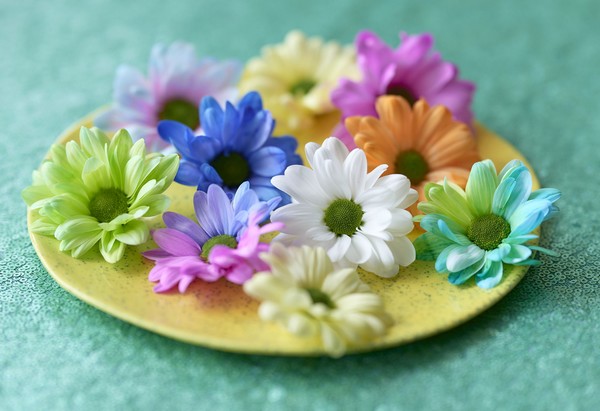 Chic: a strong foundation for endless possibilities all year round.