”Our business exists today because of our investments in energy savings,” answers grower and owner of Gartneriet Skovbrynet, Jeppe Aavang, when asked about the outcome of his investments in controller technology from DGT by Senmatic. These energy savings are significant: from 150,000 m3 of district heating in the early 2000’s to less than 48,000 m3 in 2020. 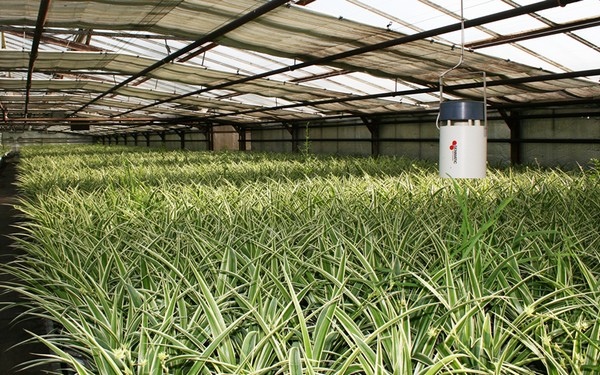 The Danish nursery Gartneriet Skovbrynet produces 1 million potted plants for the European market annually. To succeed with its ambition to produce potted plants of the best possible quality and shelf life, at the benefit of both business partners and end consumers, the nursery has invested in controller technology from DGT by Senmatic.

Particularly the fully automated climate control, a LCC4, is essential for control of the many factors impacting the climate in the greenhouse and, as a result, the product quality. The LCC4 climate control is also connected to another investment to save energy: new screens controlled automatically by the LCC4.

The investments and the savings from them have released finances to invest in other projects – means which would otherwise have been spent on utilities.

Automatic climate tailored to the cultures for high security
The LCCs control all climate functions. Operation is based on a simple menu, and the display shows the settings most frequently used by the growers, making it easy to automate elements with a large impact on culture growth. The multiple possibilities for personal user settings mean that the climate control’s actions are completely tailored to the cultures you produce, without having to remember all values and factors.

“The climate control acts as security to me. Previously, I would most likely give some of my cultures high temperatures to get make them ready for sale quickly, and then growth regulate them using chemistry. Now, we don’t even use PGRs anymore because I can choose an average temperature and be absolutely certain that it is followed to the letter with screens, shades, etc. I now know for certain that the culture is ready for sale in due time, and with our high product quality," said Jeppe Aavang, owner of Gartneriet Skobrynet. 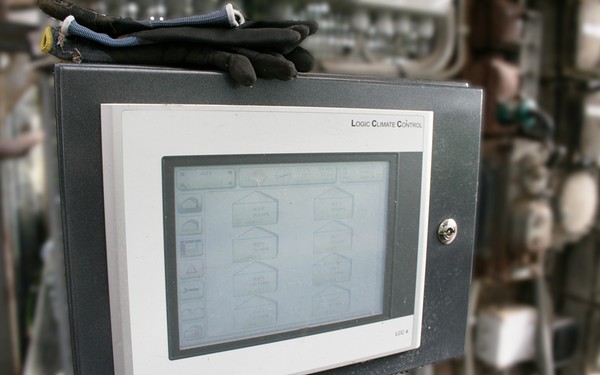 “Before we always had some insecurity. What if something happened at 3 am? Now, climate control regulates all changes with quick reaction time. That is why I now dare to have relatively low temperatures at night, and then the climate control acts based on that. Chemistry is not needed then either. I have a slightly longer production time, but also a much more secure production and large savings in heat consumption.”

Intelligent climate results in savings
“We have experienced massive energy savings. Although it’s difficult to directly compare two years as factors such as weather come into play, our energy use is significantly reduced. In the early 2000’s we used 150,000 m3 district heating, in 2020 we used less than 48,000 m3,” says Jeppe Aaavang.

The reduction is due to the automatic control of climate based on specific factors and p-values, which Jeppe Aavang has typed into the computer.

Prior to installing the automatic climate control from DGT by Senmatic, the optimal values were also known, but knowledge on the plants’ minimum and maximum values and how these could actively be used to obtain energy savings were first approached when working with the automatic climate control, because the control can use these factors to act as smart as possible. “We knew that cultures could do with 10 degrees at night. But how about 6 degrees? That kind of knowledge is directly linked to cost savings when used actively in climate control to utilize automation. You must of course have a strong basis of both technical and gardening knowledge to do so,” said Jeppe Aavang.

For more information:
DGT by Senmatic