Canadian snow storms and floods: “Luckily our trade show was virtual this year”

“With the weather extremities, we were very grateful that our exhibitors and visitors did not have to be on the road. Because of the pandemic, we had already decided months ago that we wanted to do our trade show virtually this year, and we turned out to be very happy with that decision,” explains Michiel Verheul, owner of High Q Greenhouses, about this year’s Green Industry Show & Conference (November 18-19). As last year’s virtual edition was not as successful as the organizers had hoped it would be, this year’s event was new and improved. Verheul looks back on the conference, as well as the unfortunate weather that occurred on those days. 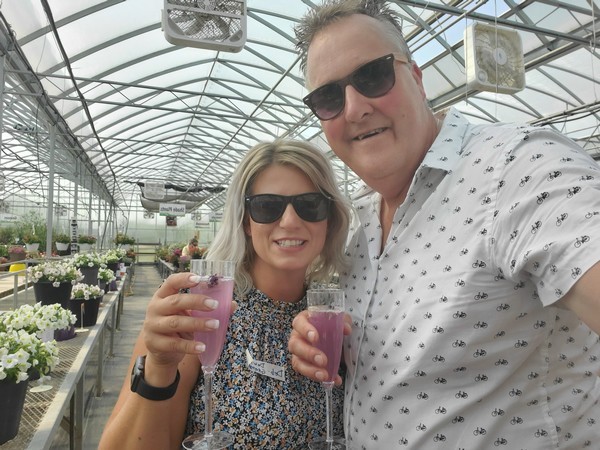 From disappointing to successful
The normally in-person trade show for the green industry was already held virtually last year, but, unfortunately, not with the success they had hoped. “We combined speakers with a virtual trade show. However, while the number of registrations was high, the online exhibitors were generally disappointed by the number of visitors they received. Moreover, the ones that were there were not new, potential clients.”

For this year, the organization decided to go back to what they know is successful: a live trade show where people can connect face to face. Unfortunately, the pandemic is still going strong this year, so some measurements had to be implemented. When the organizers decided to ask their attendees for their opinions, doubts started to arise. “We asked everyone if they would still come to/enjoy the show if they would have to wear masks or show proof of vaccination. 50% answered yes and 50% answered no. That would mean that 50% of our normal attendees would either not show up, or feel uncomfortable at the event.” That is when the organization knew they had to change their plans.

“When asking last year’s attendees about their experience at the online show, the majority of the participants found it a bit boring, as there weren’t many people to come talk to them. Therefore, we decided not to do the traditional trade fair format where companies have stands. Instead, there was a program with virtual speakers, who the companies could sponsor. That way, the show was able to hire good speakers, and the companies were able to advertise themselves,” explains Verheul.

An educational edition
So, did this new online version of the Green Industry Show achieve the happy attendees they were hoping for? Definitely, according to Verheul. “It was a much more successful year, for the organizers as well as the attendees. It was evident that we are all now a year further into the online Zoom meetings, and thus everyone has been able to get used to such online platforms. We had two days of interesting educational talks, with the speakers being divided into ‘greenhouse & garden center’ and ‘landscape topics’ themed days. Both days started with a keynote presentation; Alyssa Light spoke about the importance of marketing and Robert Murray talked about empowering leaders. After that, the day was followed by two simultaneous sessions, so that the viewer could choose what would be most interesting for them to learn more about.”

Snowstorms and floods
Besides its success, there was another bright side to this year being held online. “The recent floodings in BC have had many consequences. Not only has it led to much damage, but plant transportations have also been disrupted; a local store that is normally filled with poinsettias was not able to receive any. As a result of the rain, the more inland areas in Canada have had to deal with a snowstorm. Therefore, we were very grateful that no one had to travel through this weather and could safely enjoy the event from behind their computer screens.”