Last year, Gediflora organized the "Grow It Yourself" challenge. In May, cuttings of 3 varieties were distributed to the entire team. People in the office, employees in cultivation and breeding, but also employees in the greenhouses were asked to grow the cuttings into valuable and colorful Mum Flowers plants.

Four months later, the time had come. The plants were fully grown and ready to be judged. The plants were judged based on 3 categories: size, shape and sturdiness. The jury was made up of none other than Christine Devolder, mother of the current business manager Elien Pieters, who has also been at the helm of the flourishing Gediflora company together with her husband Dirk for 30 years.

In the first round, the Possidi White was evaluated. Christine did a thorough inspection of the home grown plants, handed out the points and chose the 3 winners of this round. In first place was Gediflora's truck driver Geert. Second place went to Vincent, the sales manager and third place went to Ward, the cultivation manager. 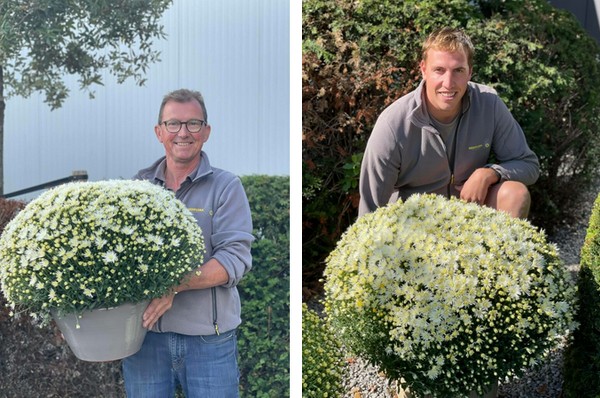 After the third round it was obvious. Truck driver Geert is the rightful winner of this first edition of the grow it yourself challenge. His efforts were rewarded with a balloon ride in a colorful Mum-Flowers balloon.

Watch the pictures of the other contestants and there flowers here. 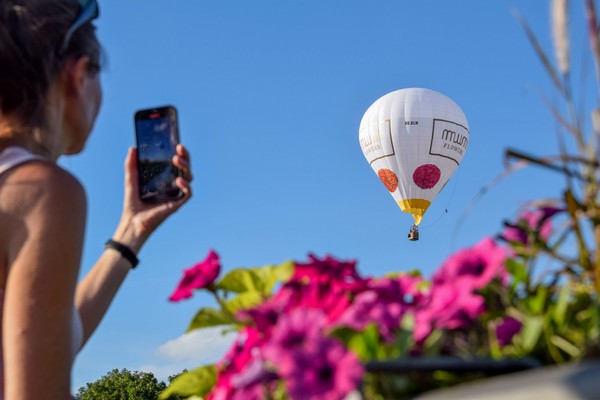 Balloon
From March to October, the sky was brightened with Gediflora's colorful Mum Flowers balloon. Consumers who had purchased a Mum Flowers plant from Intratuin, Aveve or Oh Green during the 2020 chrysanthemum season had a chance to win a balloon ride in this brand new balloon. The balloon took off for the first time in early March and it was spotted in the sky several times over a period of 8 months. In addition, some balloon rides were distributed to vigilant balloon spotters. People who shared a photo or a video of the balloon on their social media also had a chance to go to higher grounds for a while. Here are some images of the balloon spotters.