"Packaging legislation is moving faster than the development of alternative materials"

Plastic is a functional, long-lasting, adaptable, and versatile material, and so far, even cheap. In its little more than a century of history since it was first synthesized in 1907 by the Belgian chemist Leo Baekeland, it has played a role in the rapid social, industrial, and technological development that has brought us to the present day. However, its meteoric expansion as a material in this period, which has come to be baptized as 'the age of plastic', has made it necessary to establish strategies for its management as waste, especially when it comes to single-use plastic objects or packaging.

The figures shared by the European Commission confirm this need. Every year, Europeans generate 25 million tons of plastic waste, but less than 30% is collected for recycling. 80-85% of marine litter on European beaches is plastic and, of this, 50% is single-use plastic (it is worth recalling that there is a mass of 80,000 tons of plastic three times the size of France floating in the Pacific). This results in massive collateral losses for European sectors as diverse as tourism and fishing.

For this reason, legislation is being adopted throughout Europe to face this great challenge. In Spain, the regulations governing single-use plastic objects are already in place, and at the beginning of next year the new Royal Decree on Packaging and Packaging Waste, which is currently being processed, will come into force, while research centers are working hard to develop alternatives to replace the material. 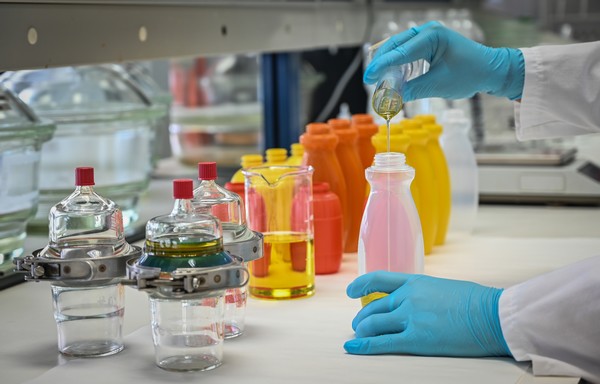 "In this sense, legislation is moving faster than the technical side," says Luis Gil, packaging specialist at AINIA. "Laws set a pyramid of priorities for the management of packaging waste. The number one priority is to prevent the waste from being produced, but once we cannot prevent it, we have to opt for reuse, recycling, and, finally, recovery. The fruit and vegetable sector has been working for a long time on sustainability in packaging and leads by example when it comes to reusing, with the use of wooden or high-density polyethylene crates for transport and even for the distribution of fruit and vegetables."

"Now other materials, such as paper and cardboard, will replace plastic trays, and paper bags can be used again, although biopolymers (compostable) and bioplastics (produced from renewable sources) will also come into play. AINIA is also working on trying to make use of vegetable by-products to obtain or improve these new materials." 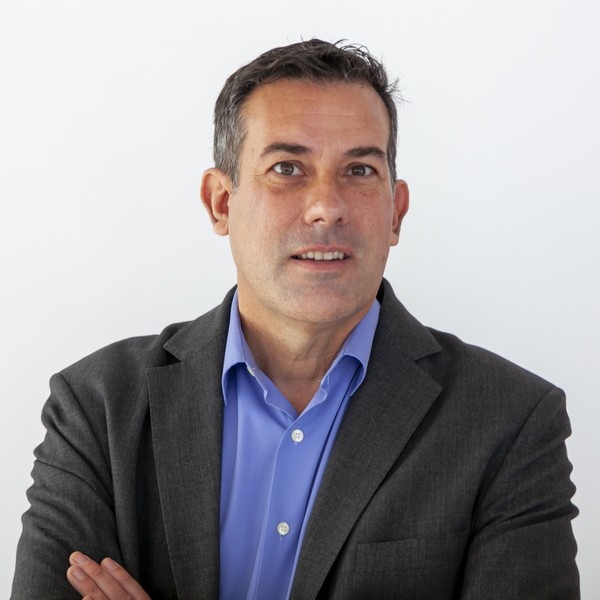 Why only from plant by-products?
"The biorefinery concept aims to take advantage of these wastes in different ways, from the production of biogas through the anaerobic digestion of the material to the production of compounds for the manufacture of packaging. Biodegradable biopolymers can be obtained by the action of bacteria through fermentation processes. Cellulose, which can be a material in itself or be used as a filler for others, can also be obtained from the remains of rice straw, almond shells, fruit pits, or pruning waste," says Luis. "At AINIA, we are working on several European projects to obtain biopolymers from juice and whey leftovers."

"Although most biopolymers are obtained from vegetables, such as corn or sugar cane, we must ensure that the biopolymers to be produced do not come from competitive sources in the human food sector that could cause supply issues."

"For example, corn is used to produce PLA, the plastic used in 3D printing, and biodiesel. Mexico is a country that is highly dependent on this cereal and the increase in the demand from the biorefinery industry recorded some time ago led to an increase in the price of corn that was detrimental to the country's food supply."

Bioplastics, biodegradation, and compostability
"Bioplastic can best be defined by its capacity to be biodegraded under certain conditions by the enzymatic activity of microorganisms over a specific period of time," says Luis Gil. "Bioplastics are similar in their properties to the plastic produced from petroleum, but they have a less packed molecular structure that allows 90% of it to be degraded within 6 months, as established by the UNE-EN-13432 standard. They are considered compostable by also meeting the conditions of biodisintegration, absence of heavy metals, and compost quality."

"For example, biodegradable packaging has a market niche in the production of compostable bags that can be disposed of together with organic waste in the brown garbage can, and whose implementation will be mandatory in Spain before 2023. It can also be used for agricultural films or household products, for example."

However, the advantage for the environment entailed in its quicker degradation is a barrier to its use as packaging for certain foods, "such as those that require a very strong oxygen barrier, or those that require pasteurization or sterilization treatments," says Luis, "because they do not have the properties of the non-biodegradable materials available on the market." 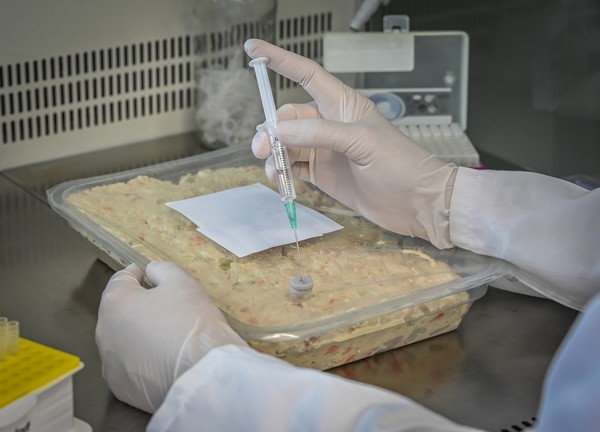 Up to 7 times more expensive than conventional plastics
Biopolymers have an interesting outlook ahead of them, although for now their use is recommended for specific applications, including the manufacture of packaging, coating films for paper and cardboard or agricultural films, as well as clips, flanges, seedbeds or other elements used in agriculture that are difficult to dispose of once the crop cycle is over.

"However, biopolymers have a major comparative disadvantage. At the moment, their price is up to 7 times more expensive than that of conventional plastic. It should be noted that work on improving the performance of petroleum-based plastics has been on-going for 40 or 50 years, and great progress has been achieved, while research and development on biopolymers is very small in comparison, and for now the focus is on very specific applications, with compatible foods, and in situations where it makes sense to use a material that is not intended to be recycled, but to be compostable," says Luis Gil. "That is why the research work of centers like AINIA is so important."