“CalFlowers brings that flower feeling to Life In Bloom”

CalFlowers has expanded their commitment to J Schwanke’s Life In Bloom with a 30-second video at the opening and closing of all episodes of Season 4 which reflects a different take on ‘That Flower Feeling.’ The new season will debut on public television stations across the country beginning in April of 2022. Calflowers, along with Albertsons Companies, Dollar Tree, and closed caption underwriter Holland America Flowers are returning as Season 4 underwriters.

"Calflowers is proud of Life in Bloom's continued success and we eagerly look forward to the Season 4 premiere. Cheers to J, and thank you for making the enjoyment of flowers more accessible to everyone across the country,” noted CalFlowers President, Ivor Van Wingerden, of Ocean Breeze International.

“CalFlowers has supported Life in Bloom all along as an underwriter of the first three seasons, but this season they’ve really stepped up, becoming a Major Underwriter and I am very thankful,” notes host J Schwanke. “And it’s exciting to share their 30-second video which shares ‘That Flower Feeling’ with Life in Bloom viewers.” 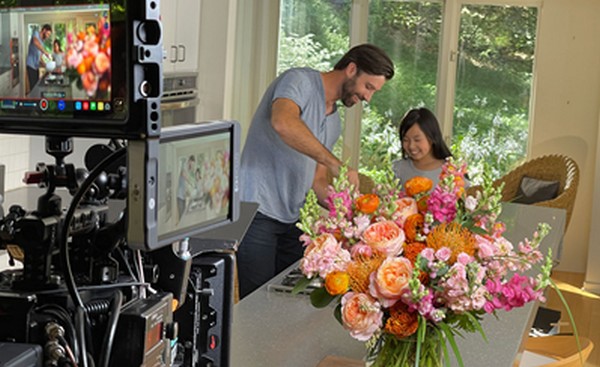 The CalFlowers message can be previewed at the link - www.ubloom.com/tff

Schwanke says of the video, “I love the message - ‘That flower feeling, at home, at work, or anytime,’ because it reminds you that flowers can enhance everyday life, beyond the occasions where you expect flowers.”

“The entire Floriculture industry is so incredibly fortunate to have such a positive spokesperson in J Schwanke. J has an innate ability to make flowers both relatable and accessible to the general public, creating a bevy of new opportunities for consumers to enjoy our amazing products,” said Steve Dionne, Association Executive. “From cocktails to food, to repurposing household items into a range of floral style opportunities, J truly puts ‘everyday’ into the flower conversation. CalFlowers is proud to sponsor Life In Bloom and be able to help deliver such powerful and positive messaging to households across the United States.” 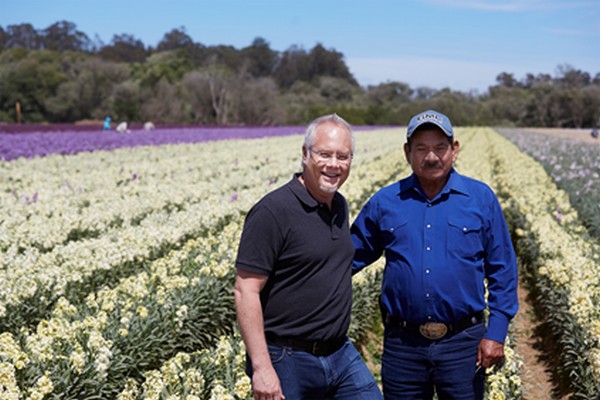 Flowers – and their inherent health and wellness benefits – remain the focus of the show, with new ideas for arranging flowers and entertaining at home. The show again visits flower farms, including California Pajarosa Floral and Joseph & Sons, illuminating the care, determination, and true passion that goes into flower farming.

Specific highlights of the coming season include flowers for self-care;  Italy-inspired arrangements; photographing hummingbirds; episodes around hydrangea, gladiolus, and tropical flowers; visits to flower farms; and guests Ben Scott-Brandt, composer of the show’s music; Laurie Keller, a Geisel Award-winning children’s book author; and a bonus episode, themed for Autumn. “We were excited to create segments around fall themes, colors, and flowers including Chrysanthemums!” said Schwanke.