“Humidity is an important factor in any closed growing environment. However, many new greenhouse plans neglect dehumidification in the planning phase, leading to higher costs down the line when high humidity becomes an issue", says Dan Peltinov with DryGair, who sat down and explained how to best incorporate dehumidification in greenhouses.

Dan Peltinov is one of the co-founders of DryGair, as well as CTO and head of R&D. He also acts as the head project manager at Misha Refrigeration LTD, which designs and engineers refrigeration and cooling systems for the agriculture and food industries, among others.

As an engineer, Dan specializes in large-scale refrigeration, cooling, and air management systems for various industries.

"It's better to design a greenhouse with dehumidification included"
“Using dehumidification to control humidity has a major impact on heating protocols. Greenhouses with dehumidifiers require a lot less heating. The main reason being ventilation. Traditionally, greenhouse growers open the vents to release humidity, allowing heat to escape as well, so they need to continue heating,” says Dan.

“With a dehumidifier in the space, completely controlling humidity from inside, there’s much less need to ventilate. Growers can then close windows and vents, improve insulation, install thermal screens, and keep heat inside the greenhouse for much longer. By doing this, you can save as much as 50% on energy. With energy prices rising, those costs keep growing.

So, by including dehumidifiers in the initial planning phase, a greenhouse can achieve the same level of climate control with a much lower heating capacity. That means less infrastructure, as well as much lower operational costs.”

Not complicated
“Adding a dehumidifier is almost always a good idea, even after the fact. It’s always better to improve your growing conditions when possible and cut future costs. However, it’s much more efficient and cost-effective to design the ideal greenhouse before building it, rather than adding machinery later on", says Dan, who adds that including dehumidifiers in the initial design lets you optimize your space use and avoid rearranging benches, or moving other infrastructure to make room. "When you design your greenhouse with dehumidification already included, you can save a lot of unnecessary costs.” 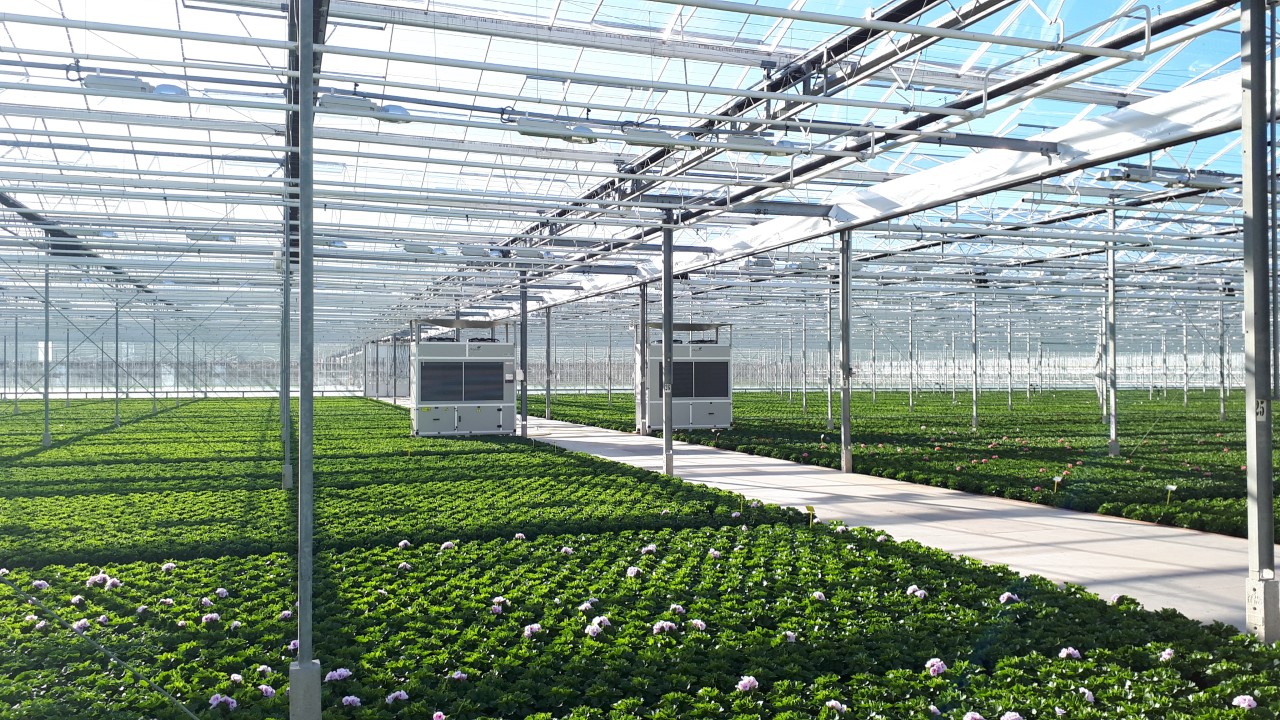 Calculating the difference of including dehumidifiers in the greenhouse plan
“Ideal greenhouse planning should be optimized for the best growth, as well as lowest costs. This is why dehumidifiers often aren’t included. The logic is that there’s a heating system and ventilation regardless, so why add additional costs? But a good plan would look ahead and consider costs for the long run.”

Dan explains, “Greenhouse planners should compare both scenarios. The first being without dehumidification, meaning a slightly lower initial investment but higher energy costs and more infrastructure. The second scenario includes dehumidifiers in the initial design, which may increase initial costs a bit, but contribute to lower operational costs going forward. The running costs being mostly dependent on energy prices. Our experience shows that the return on investment of including DryGair is usually under two years.

Comparing the delta over a several-year period would, in most cases, show that it’s most cost-effective to design a greenhouse with dehumidification. Especially considering the fact that many greenhouse operators are forced to add one later on, after struggling with diseases like botrytis.” 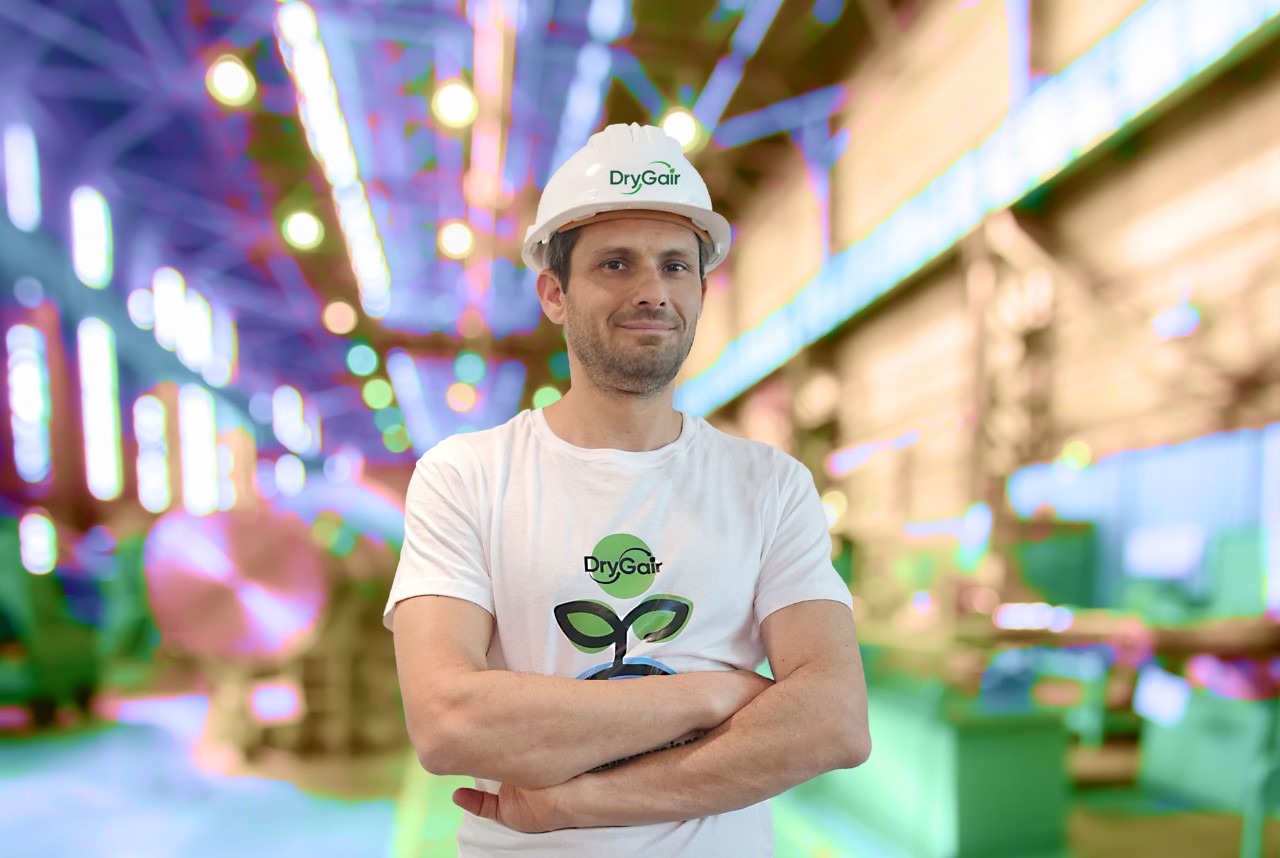 Is dehumidification really necessary to control humidity?
“Not all greenhouse planners realize how much of a difference dehumidification makes. Many think that ventilation and heating can do the trick. But in reality, we see that many greenhouses struggle to deal with humidity during the night and early morning. So they still experience disease and mildew outbreaks.

Of course, there are many more benefits to dehumidification besides lower energy costs and disease prevention. For example, by keeping the greenhouse closed, you retain CO2 as well. So there’s no need for injections to keep photosynthesis rates high. The overall level of control is higher, so everything can be optimized to a greater degree.”

More benefits
“There are a couple of benefits unique to DryGair.” Says Peltinov, “For example, the air circulation system, that’s incorporated in every unit, uses powerful fans and a patented distribution mechanism to expel the air in all directions. This creates uniform conditions in the greenhouse, so there’s much less risk of humid microclimates forming.

The fact that it expels the dry air at canopy level or just above it contributes to better growth as well. The leaves are where it’s most important to maintain low humidity. So by providing them with the ideal conditions, growers can increase yields and improve quality. That’s one of the reasons DG units are designed the way they are.”