"No other double lilies have this kind of pedigree"

Lilies are among the most recognizable flowers on the market today. For decades, they have been top-selling cut flowers thanks to their long-lasting blooms; and a wide variety of flower shapes and colors. If you thought lilies couldn’t get any better, think again! The introduction of the Roselily series is a game-changer, and the astonishing blossoms will certainly drive demand.

Not All Double Lilies Are Created Equal
Double-flowering lilies have been on the market for some time now, but not all double-flowering lilies are created equal. The Roselily series has been in the making for nearly 30 years and is a triumph of modern breeding techniques that offers unparalleled beauty and quality. "No other double lilies have this kind of pedigree," the Roselily team says. 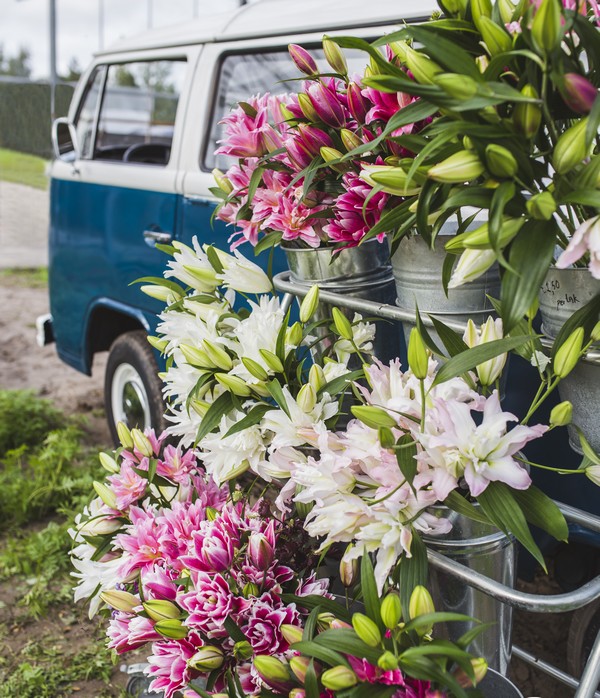 What Makes Them Unique?
"Roselily is truly double with at least 18 petals compared to just six on a single oriental lily." The large, overlapping petals resemble roses as they open, hence the name. "Bred to have a sweet and mild fragrance, these lilies won’t overpower a room. Perhaps best of all, they don’t have any staining pollen. And, because they don’t produce pollen, they have a significantly longer vase life."

"The biggest detractors of lilies are that consumers find the strong fragrance overpowering and the pollen stains clothes and tablecloths. Roselilys have been bred to solve these problems. They have a very mild fragrance and do not produce pollen. Because the plant is not putting energy into reproduction, the vase life of the flowers is four days longer than other lilies."

The breeders are convinced that Roselilys will, in time, increase the demand for all lilies.

The Roselily series was developed by De Looff Lily Innovation. This company run by the brothers Tonny, Martin, and Johan de Looff was originally engaged in lily forcing. They launched their own breeding program in 1993. A few years later the brothers discovered a spontaneous mutation in the form of a double lily and Roselily was born.

They Keep Getting Better
The breeding of new Roselily varieties is ongoing and continues to make great strides in development. Over the last ten years, varieties have been selected that display improvements in length, upward-facing flowers, and beauty. The selection of white Orientals is especially promising.

Ask For Them by Name
De Looff Lily Innovation conceived the Roselily breeding program in 1993 in the Netherlands. Roselily became a registered trademark in 2012, and just four years later, these lovely flowers began being distributed worldwide. The Roselily series is the first international brand of pollen-free double-flowering lilies in history.