This year, Richbar Golf and Gardens is celebrating two important occasions. The garden center has reached its 65th year in business, and perhaps even more impressive co-founder Peter Josephy will turn 100 years old on June 30.

The garden center on Red Bluff Road, which now grows more than 600 varieties of annuals, vegetables, herbs, and perennials, began as a vegetable farm in the 50s. 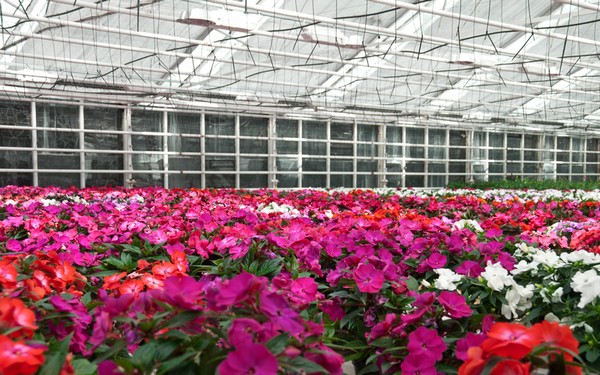 Peter and his wife, Barendina Wiersma, came to Quesnel in 1951. They left Holland in 1948 after the war, spent some time in Alberta and Vernon, and then moved to the Cariboo with a plan to grow potatoes. They built a home on Sales Road, but they never did plant potatoes – instead, they found success with cabbage and turnips. By 1957, locals were starting to ask to buy vegetable transplants destined for the fields, and a greenhouse business began.

Peter and Barendina’s business grew, and so did their family: two more children joined the clan in the ensuing years. One of those children was Roy Josephy, who has run the business with his brother Walter and sister Anne since 1982.

Roy is amazed at the expansion of his family’s business in the early years. “In six years with six kids, they opened up. I don’t think you could do it that quickly these days,” he muses. “I started working in the greenhouses when I was 5 years old probably, filling flats and containers,” says Roy.

Read the complete article at: www.terracestandard.com