Japanese knotweed is increasingly causing problems in the Netherlands

The number of reports of Japanese knotweed increased considerably in recent years, according to an analysis by ANP/LocalFocus of figures from Waarneming.nl. The plant's rapid growth and easy spread are major problems in the Netherlands. The plant is very difficult to combat and can cause a lot of damage to foundations, roads, and sewers.

Nationally, the number of reports increased significantly compared to previous years. This year alone, up to the end of May, there were almost 1.5 times as many reports as in the first months of last year. Chris van Dijk, a plant expert and researcher at Wageningen University, said that the plant has been widespread in the Netherlands for some time. He said it is good that more people are reporting it. The more people are aware of the problematic plant, the better its spread can be limited. 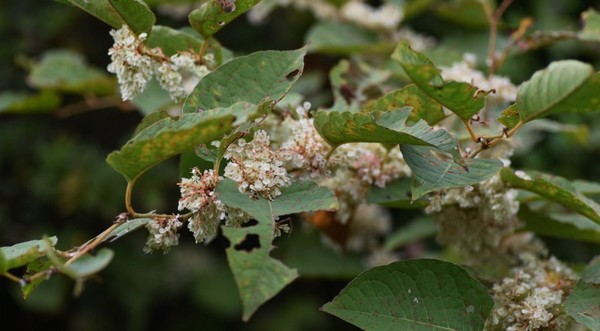 Japanese knotweed can be recognized by its bright green leaves that have a red vein in the spring. The stem is green with red dots and hollow. From August to October, the knotweed has white flowers. The plant causes damage by growing up through existing cracks in concrete, masonry, and asphalt. As a result, these cracks become larger, or the surrounding soil is pushed up. The Japanese knotweed is invasive and exotic and is already rampantly displacing other plants that originally grew here. The species is not native to our country and was imported from Japan in 1823.

"The Japanese knotweed is only spread by humans. Animals don't contribute to it," said plant expert Van Dijk. Plant propagation often happens by accident. "A lot of digging happens in the Dutch soil. If there is a small piece of root in the excavated soil and the soil is used elsewhere, the plant spreads."

Read the complete article at: nltimes.nl