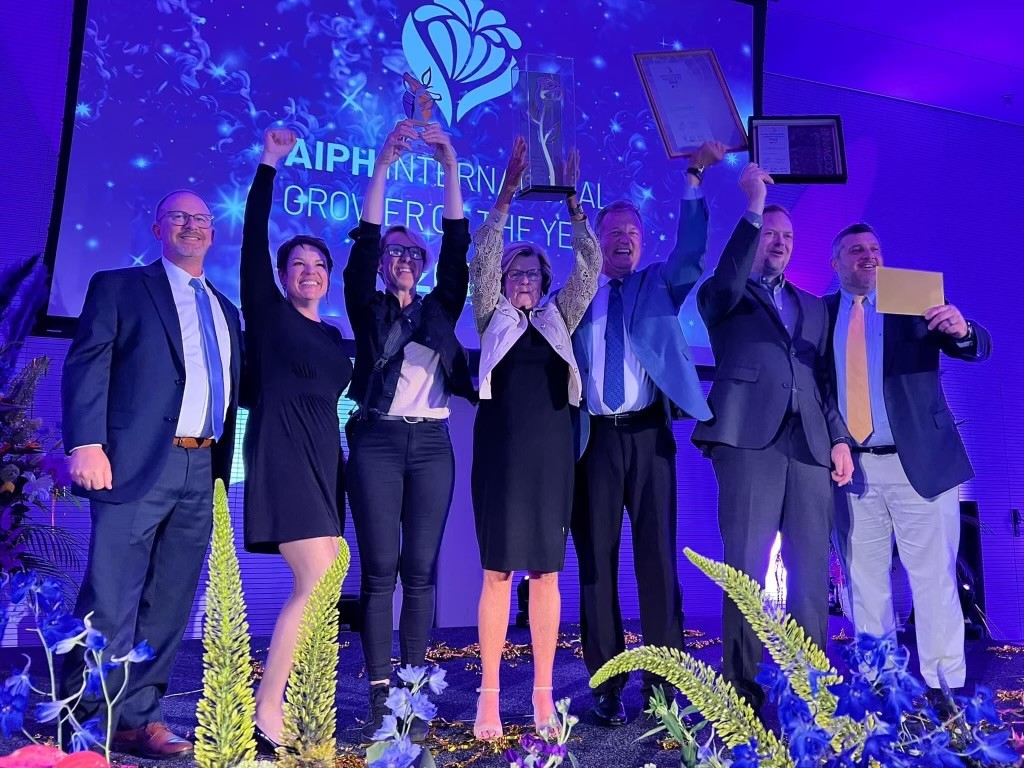 Metrolina Greenhouses and eight other companies were named as finalists for the International Grower of the Year Awards, recognizing the best producers of young plants, finished plants, and nursery plants and trees.

In addition to the Gold Rose Award, Metrolina Greenhouses also won Gold in the Finished Plants & Trees category. The award was presented by AIPH Secretary General Tim Briercliffe. This is a  recognition of its status as a world leader in horticulture, innovation, and sustainability. Metrolina focuses on quality products driven by innovation in robotics, machinery, and greenhouse structures that optimize labor and space efficiencies, and the award judges said they applaud how Metrolina meets the changing needs of consumers with hundreds of new items every year.

Metrolina Greenhouses is a privately owned wholesale greenhouse operation founded in 1972 by Tom and Vickie VanWingerden, who immigrated to the United States in 1971 with their oldest two sons, $5,000, and a dream of building a 12-acre greenhouse operation. Today, the operation is still owned and operated by their six children – Art, Abe, Michael, Thomas, Helen, and Rose – along with Vickie, and the business spans more than 200 acres of greenhouses, over 230 acres of outdoor production space and more than 1,000 acres of total land at two locations in Huntersville, North Carolina and York, South Carolina. 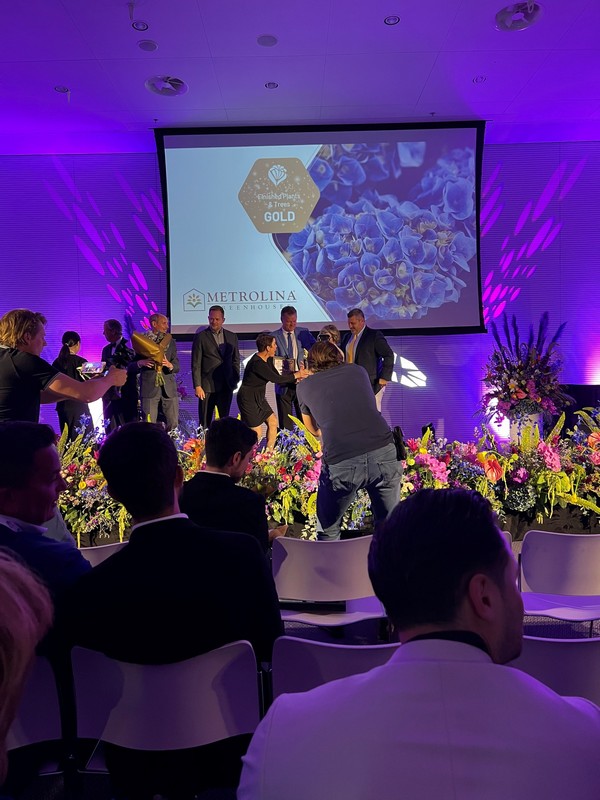 One of the most innovative greenhouse operations in the United States, Metrolina’s Huntersville, North Carolina facility is the largest heated single-site, single-story building in the country. The operation has committed to four main pillars of sustainability, including an extensive nationwide recycling program that it created in cooperation with its retail customers. To date, Metrolina reuses and recycles up to 6 million tons of plastic annually.

Its water retention and recycling program that holds, reuses, and recycles nearly 350 million gallons of water makes Metrolina nearly completely self-sufficient from using city or well water. Metrolina’s wood boiler system burns waste and scrap wood from the local construction and lumber industries, providing the operation with more than 95% of its heating needs. Finally, the operation has implemented biological controls to reduce chemical control use by more than 25% in the past few years. Through a better selection of plant genetics, improved spraying, and sanitation practices, the operation continues to strive for reduced use of chemicals.

Metrolina Greenhouses was the only American grower in contention for the award. To date, only one other U.S. grower has been named International Grower of the Year.

“We want to thank AIPH for the nomination for International Grower of the Year on behalf of our whole company; all 1,500 of our associates are really excited about this nomination,” said Metrolina Greenhouses co-CEO Abe VanWingerden.

“What’s cool is this is also our 50th anniversary as a company here at Metrolina, so this is just icing on the cake on what’s been a great year for us celebrating our 50th year. We recognize that awards like this aren’t for anything we’ve done in one year or just a couple of years, but what we’ve been able to accomplish over many years.” 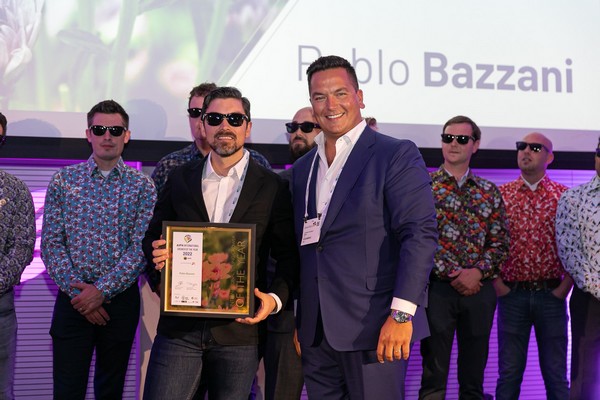 This award is new to the long-running International Grower of the Year (IGOTY) Awards, hosted by the International Association of Horticultural Producers (AIPH). Looking after the future of the ornamental horticulture industry is vital, which is why AIPH partnered with Jungle Talks to introduce the new award category to recognize the ambition of young entrepreneurial professionals.

Winner Pablo Bazzani is General Manager of Plazoleta Flowers, Colombia, where he is responsible for leading and supervising financial, production, sales, and logistics procedures and results. Prior to this role, he gained experience as a Marketing Assistant and Marketing Manager for Perfection® Group, Colombia.

Jury member Leonardo Capitanio, who presented Pablo with the award, commented: “Pablo is a young leader in our industry who shows focus and vision to achieve great things. He works hard to develop the potential of others in his company and the wider industry. He is exceptionally knowledgeable and an outstanding ambassador for our industry.”

Other IGOTY 2022 category winners were:

“Over the last two years you have all proven the strength and resilience of our sector and despite all the challenges facing the world, we have driven it forwards. Tonight we celebrated truly outstanding businesses that are setting the example and leading the way for where our industry needs to go,” said Bernard Oosterom, AIPH President.