"I don't believe in automating just to automate"

It seems like a super simple solution, and actually, it is. "Yet the improvements it brings in terms of labor are substantial," says David Dobos with Blackmore.  At the GreenTech show this year, David Dobos with Blackmore showed Air Tray Racks, which they developed together with Dutch company Van Schaik Racking Solutions. These racks enable growers to lower the need for labor in the greenhouse, reduce/eliminate soil-borne disease issues and double the root mass weight.

This is an additional benefit over the reduction of plastic use and easily creating favorable propagation and growing circumstances brought by growing in Air Trays. "You shouldn't automate problems just to automate them," David says. 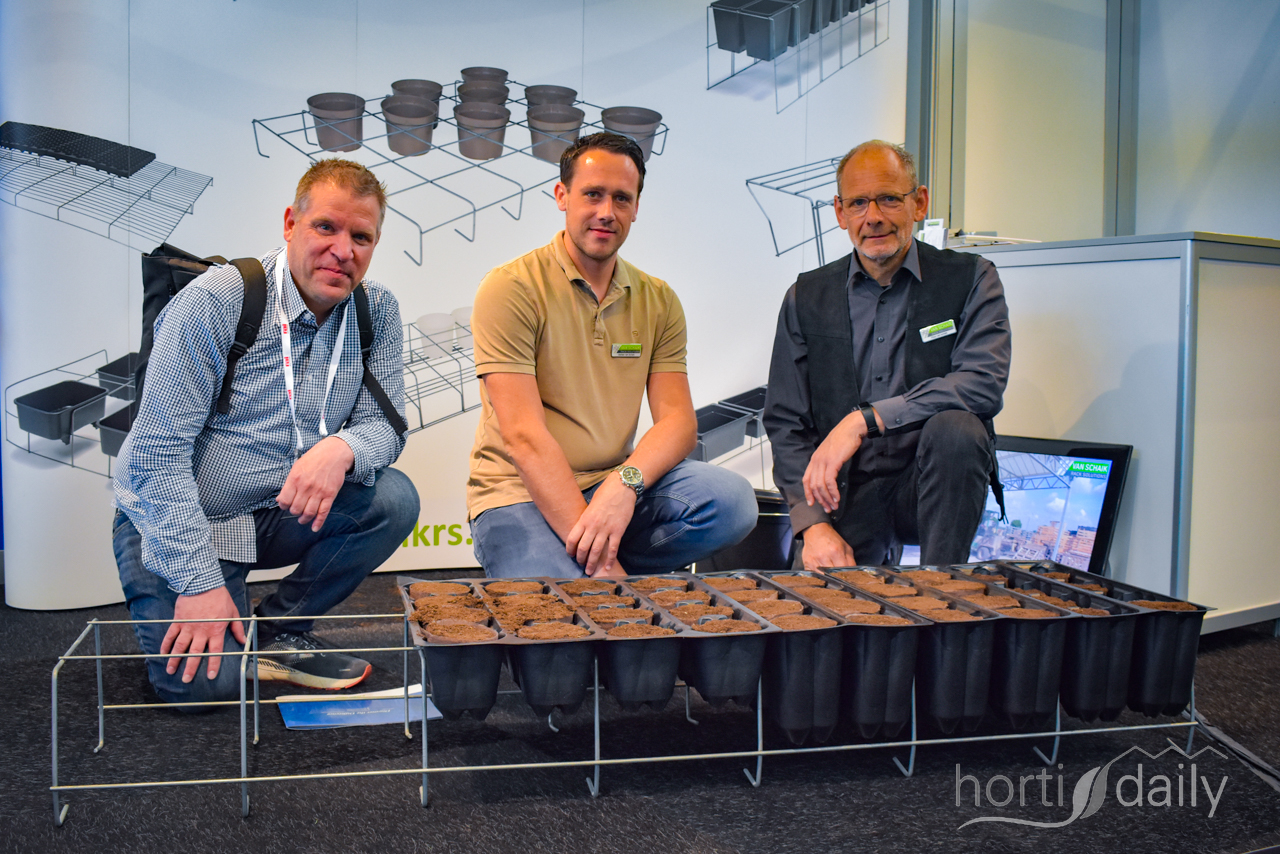 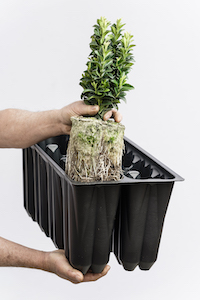 The Air Tray system has been used by growers around the world for many years by now. The line of root air pruning trays was developed to lower the use of plastics in container production while maximizing airflow around the root zone and thus optimizing root air pruning. When combined with a solution like Ellepots, it enables growers to work with their substrate of choice and no single-use plastic trays. Growers can find Air Trays customized specifically for, but not limited to, forestry, fruit and nut trees, nursery, shrub, hemp, and cannabis applications. Over the years, the patented Air Tray Technologies family has come to include additional production technologies such as automation solutions, air tray racks, air trays, and retail opportunities.

The wire racks that were shown at the GreenTech, and also available at Cultivate this week, are an example of how the company keeps their solutions simple, low-cost, yet effective. 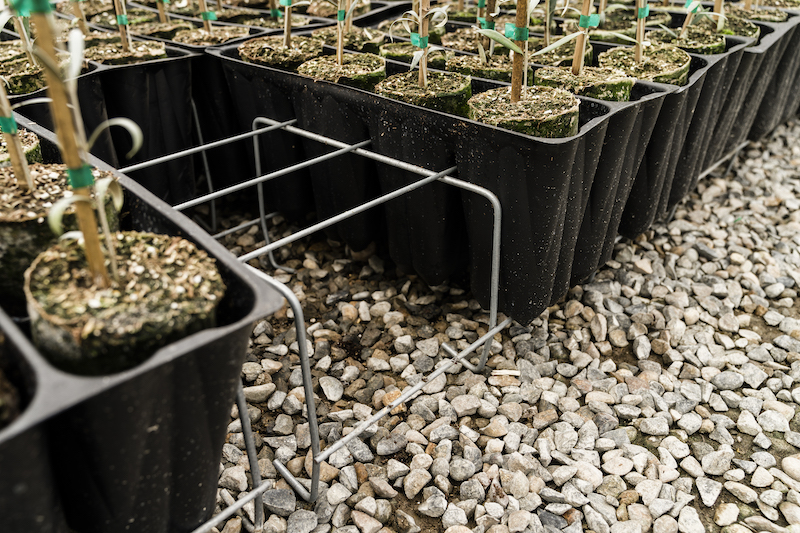 Internal transport & automation
Air Trays are designed to fit on wire racks, which is beneficial for internal transport. The specially designed Air Tray Racks are designed to match the Air Trays perfectly, enabling automation of the movement of plants around the nursery. "It enables growers to easily centralize transplanting and grading, for example," don't bring the people to the plant but the plants to the people, David explains.

The wire rack ensures proper & even distance between plants, and it catches the water, so the leaching effect is highly reduced to almost zero. Then there's the increased air movement while enabling growers to pick multiple plants up at once: up to 7 or 9 trays at a time. "Plus, since the movements are consolidated, pathogen spreading is minimized as well," he adds. And while 'automation system' might sound expensive and complicated, this is completely opposite of the air tray technologies system Blackmore created. 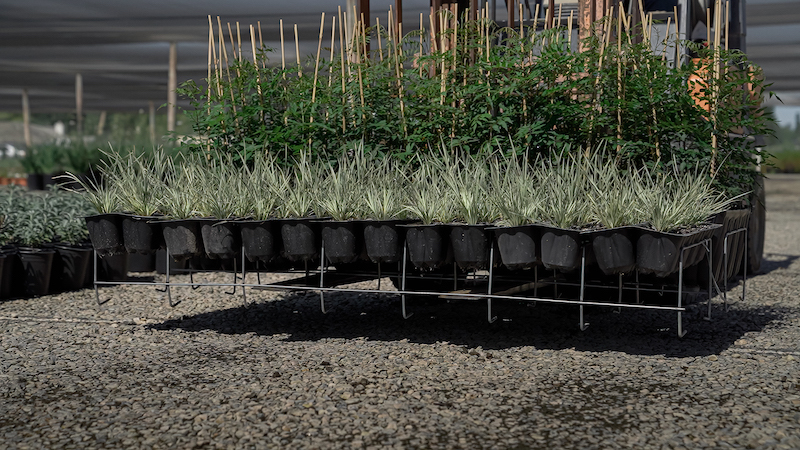 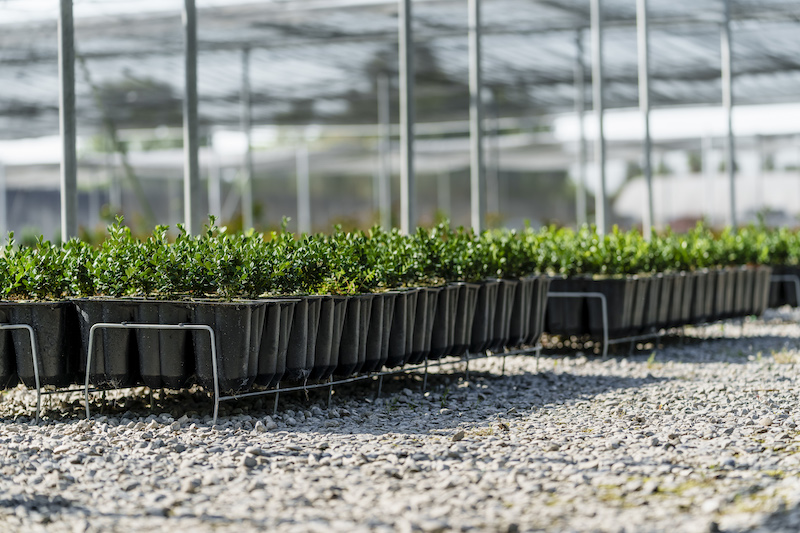 Optimizing labor, reducing plastic
"I don't believe automating your problem is always the answer! You should remove the problem instead. We ensured to focus on helping the grower deal with their current challenges. With Air Tray Technologies, we found value by optimizing labor and reducing plastic in a cost-optimized way", David says.

Next week at the Cultivate, he'll be available to explain more on this and calculate it through with growers. In addition, also other Air Tray Technologies will be visible at the show: the retail sleeve (LINK) and the Ellepots (LINK). The Blackmore team will share more insights on their solutions in their booth. Also, two presentations are scheduled in Room B240, on July 17 & 18 at 10 AM & 2 PM.