Ornamental plant cultivation is being hit hard by sky-high energy prices. The Greenports Netherlands Crisis Team for Horticulture intensified its lobbying efforts immediately after the war broke out in Ukraine. In addition to Glastuinbouw Nederland, Royal FloraHolland and various other interest groups are also involved.

The Dutch economy as a whole is affected by the sharp rise in the cost of energy and other products and services. That certainly also applies to consumers. The harsh reality is that, as things stand, the government sees no room to accommodate companies. Recently, however, there has been an increase from 25 to 60 million euros in the subsidy pot for sustainability in ornamental plant cultivation. In addition, consultation is still planned with Minister Jetten about the current SDE scheme (Subsidy for Sustainable Energy). 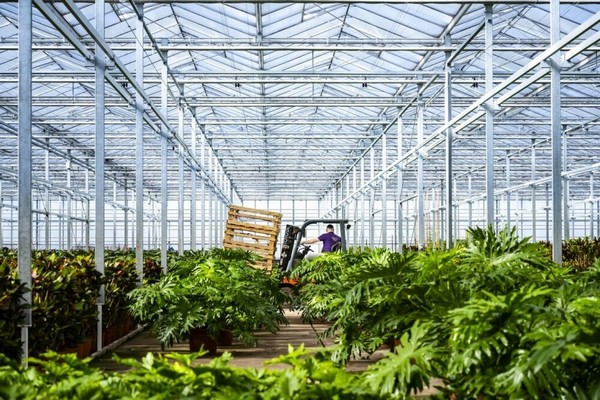 Irreparable damage threatens
The energy crisis is beginning to take its toll on our sector. The number of growers who have already indicated that they will be stopping is much higher than before. The reason is always economic in nature. In addition, a considerable number of growers have decided to temporarily stop working this winter. There are also reports of companies that are forced to file for bankruptcy themselves. The situation appears to be much more serious than during the corona crisis, which also hit floriculture hard. In addition, many growers are considering selling their energy contract, because it is financially attractive and the future as a grower is very uncertain.

If the gas price remains at this high level for an extended period, the sector's very existence will be at stake. Ornamental plant cultivation is at risk of suffering irreparable damage. The high and unpredictable energy price has a paralyzing effect because entrepreneurs do not know where they stand. If the production capacity in the Netherlands shrinks considerably, this will have an impact on the entire chain, from breeders to the knowledge center in Wageningen. Politicians and policymakers are still not aware of this. The coming months will be crucial.

Government must intervene
The sector has committed itself to the energy transition. Growers are prepared to invest in it. But that only makes sense if the sector can still exist in the Netherlands and growers survive this energy crisis. This requires a predictable business climate so that growers can make their choices. The only party that can realize this is the government, with a predictable gas price, a good SDE scheme, and subsidies to enable energy transition in the garden. There is a reason why a predictable gas price is number one.

If the government does not ensure this, the debate on energy transition will be pointless. Royal FloraHolland calls on the government to intervene in the market in such a way as to create an unambiguous and predictable gas price, preferably uniform for all companies and consumers. This will create a level playing field for all, combat speculation, and give the ornamental plant sector, which is very important for the Netherlands, a future.

Sector sounds the alarm
To strengthen its lobbying efforts towards the government, Royal FloraHolland recently agreed with Glastuinbouw Nederland to broaden the lobbying coalition, including a more active role for trading companies and other players in the chain. The importance of the floriculture sector for the Netherlands is much greater than simply providing flowers for special occasions or at home. As a sector, we make a major contribution to the earning capacity of the Netherlands and also provide part of the heat and power supply to households.

"We are the largest export sector within agriculture and horticulture and that should speak for itself. Ornamental plant cultivation in the Netherlands, in which 150,000 people earn their living, can only progress if the business climate is stable. As a sector, we want to implement the energy transition, but horticulturalists cannot invest in this now with the current high and volatile gas price. Only the government can solve this problem, by guaranteeing a stable gas price. We will have to make that message heard much more forcefully. As a sector, we are sounding the alarm bells," Royal FloraHolland announces.