Since its official launch in 2022 at the California Spring Trials, the new Goldblitz has gained an increased interest in orders from growers that have trialed the existing varieties over the past few years.

This crop is a first-year flowering Rudbeckia fulgida var. sullivantii. It is a similar species to an existing variety, called Rudbeckia Goldsturm. The new Goldblitz was bred by renowned PanAmerican Seed breeder Scott Trees. 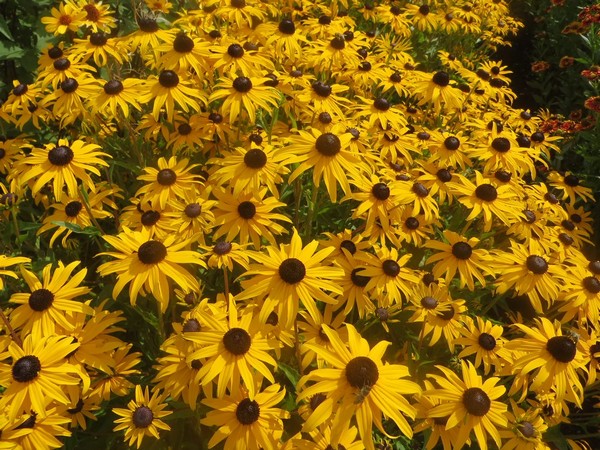 "This new variety represents a valid solution for Rudbeckia crops that don't finish under natural light conditions. Goldblitz Rudbeckia is more cost-effective for natural daylength growers, as the plugs for Goldblitz do not require special treatment as for Goldsturm, despite performing the same quality. It will flower fully as an annual crop if sown in early spring in natural conditions (14.5 hours day length). This shortens production time up to 2-3 weeks," says Cor de Jong, Global Product Manager Perennials for PanAmerican Seed.

Goldblitz Rudbeckiaover the years
"The existing Rudbeckia variety, Goldsturm, has been popular for a long time, much used by landscape designers. Goldsturm was even voted 'Perennial Plant of the Year' in the 1990s. However, since landscapers sell and plant mostly green crops, their choice wouldn't consider that the plant flowered late. On the other hand, retailers could not make reliable plans for annually grown crops and flowering Goldsturm types, which is now possible with Goldblitz as it has a more reliable programming to be in-flower at time of sales," explains the product manager. 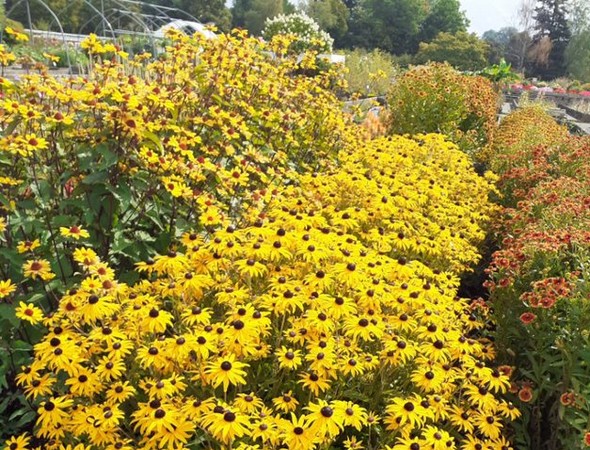 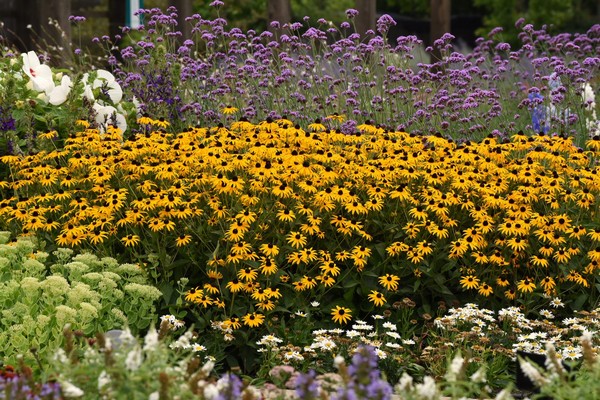 Goldblitz Rudbeckia has a USDA hardiness up to zone 3a for reliable overwintering in the home garden and blooms in late summer through autumn with a slightly smaller flower size but with many more blooms per plant. It is also a recent Fleuroselect Gold Medal winner.

"Rudbeckia, in general, is increasing, as it can now be offered reliably from seed. It is sought after for its excellent garden performance – specifically heat and drought tolerance. New gardeners prefer plants that can survive in poor climatic conditions and that have very low maintenance. This variety is gaining popularity in North America and EU countries, as well as other warmer regions who prefer this crop for its attractiveness and robustness," continues the product manager.

Fresh, resistant, and colorful varieties
"This is one of longest flowering and highly attractive perennials from mid-summer onwards to frost. Plants are strong and do not show diseases; they're drought and heat tolerant with very dense foliage that keeps the weeds, and weeding, away. Growers and retailers choose it for extended season sales, while end consumers will enjoy bright-yellow blooms and durable plants. It is a fresh seasonal color," says the manager. 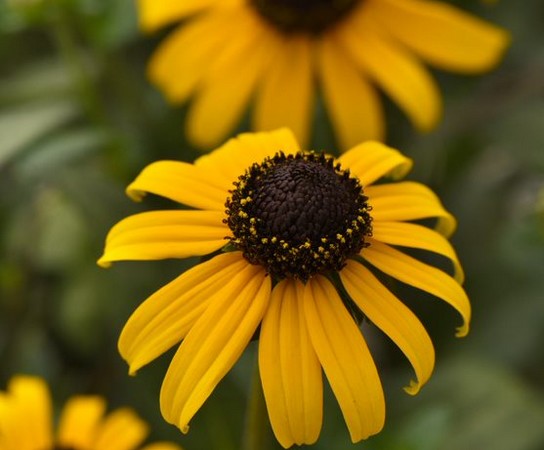 "Also, we're still working on breeding in more Rudbeckia varieties, but this process takes time and effort, so we'll just enjoy and focus on the qualities of Goldblitz for the next few years," concludes the manager.