Water is a limited and valuable resource but is also essential for plant growth. Water resources in the UK, and many other countries, are under pressure from climate change and population growth.

As part of Forestry England’s aim to be net carbon zero by 2030, a new rainwater harvesting and filtering system have been installed at Westonbirt, The National Arboretum. This new rainwater filter system is a first for Forestry England and will reduce the amount of water being used, completing the facilities that support the new Quarantine House in the arboretum’s Propagation Unit. 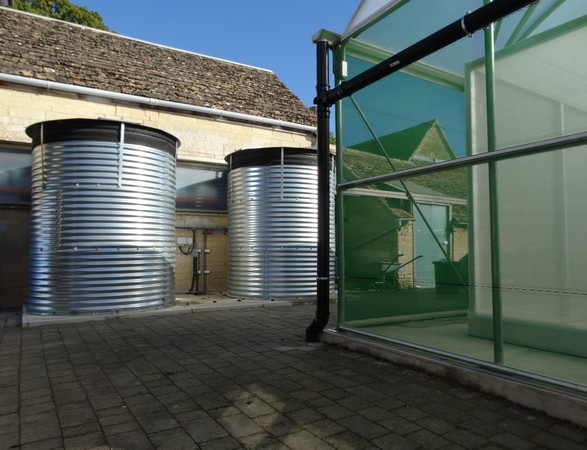 Based on an average year’s rainfall, the system has the capacity to collect a massive 90,000 liters of rainwater per year, and its collection tanks can store 26,000 liters (roughly 132 bathtubs full of water).

An old underground rainwater collection tank was discovered in the propagation area under the existing glasshouses. Helped by CMW Horticulture, specialists who design and build large greenhouses throughout Europe, an innovative slow sand filter system has been installed to pump, clean, and use the rainwater collected in the underground tank.

The system works by collecting rainwater from the quarantine house and two large glasshouse rooves via downpipes, pumping the rainwater from the underground collection tank into a large tank above ground filled with layers of pebbles and sand to biologically remove organic matter and pathogens from the water as it percolates through; avoiding the use of chemical additives to remove plant pathogens. A second tank stores the filtered water, then a further treatment by UV light takes place before being used for irrigation in the Propagation Unit. 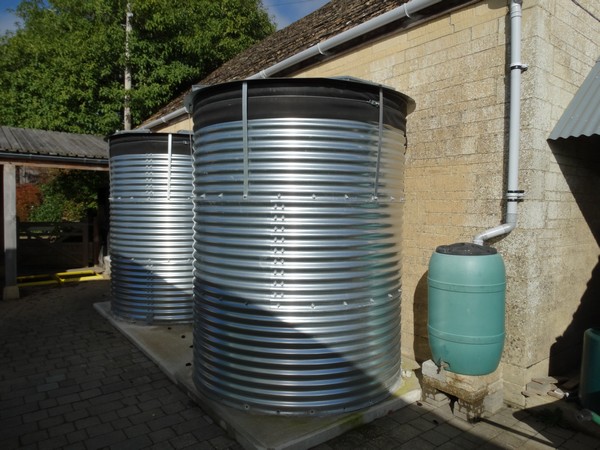 Despite the drought conditions experienced this July and August, with more daily irrigation required to keep the plants hydrated, there was still plenty of water left in the system, which proves its ability to provide sufficient water.

Penny Jones, Propagator at Westonbirt Arboretum, says: “I am really proud to be part of a team that is taking extra measures to protect our valuable historic landscape.”