There is a lot going on for phalaenopsis growers right now. Fortunately, in the field of energy, things are looking up. Phalaenopsis grower Gerben van Giessen of Butterfly Orchids tells us how he is handling things in these special times. 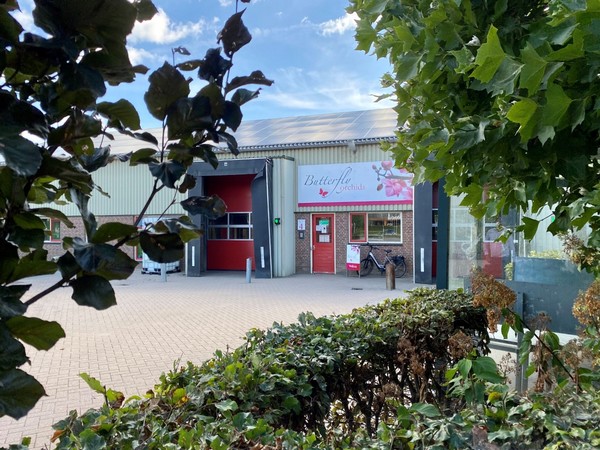 Market developments
As in any industry, phalaenopsis growers are feeling the effects of rising energy prices. "You have to pay close attention and invest accordingly," he says. In addition, the market in the Netherlands is also uncertain at the moment. Gerben estimates that some 35 percent of European phalaenopsis growers have recently quit.

"Then the question is: what will the market do? That can actually go either way. In the retail segment, a lot is falling off, and do retailers still want to continue with phalaenopsis? Eventually, you will see that the huge decrease in supply will have consequences in the market. But to what extent that will be the case, that is impossible to predict." 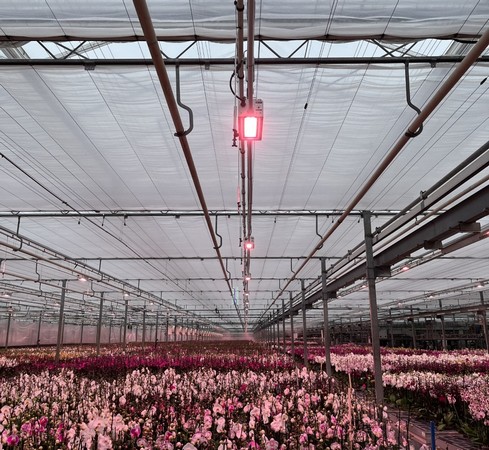 Full throttle on energy savings
Last year, Gerben faced a choice: either buy gas or switch to LED lights. With today's knowledge, he might have chosen gas, but at the time LED seemed to be the most reliable investment. "With LED, I know I'm guaranteed to save money. In addition, we had put up solar panels six months earlier. So all in all, we are doing a lot to bring down energy costs. We also have that capability in the business because we can switch various devices - CHP, heat pump, and curtains. With LED, we expect to save at least 50% on energy costs, also because we can reuse some of the heat from the lights under the crop."

The latter, the curtains, can remain completely closed thanks to the water-cooled LED lamps, whereas previously, the curtains had to be open to dissipate the heat from the SON-T lamps. Another aspect by which the LED lamps provide energy savings is dimmability. "When I light at two in the morning, I have a different cost than when I light at eight in the morning. During expensive hours I can dim my lighting, while during cheaper hours, I turn it up. That dimmability was a hard requirement for me when I bought the lamps. The choice then suddenly became a lot easier because many providers fell off." 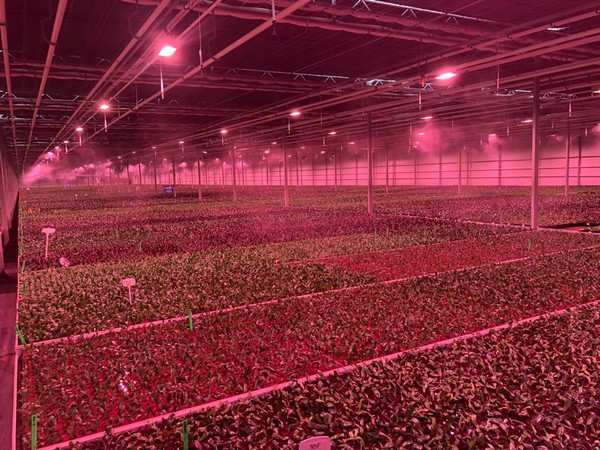 The first with full-LED
Butterfly Orchids is the first phalaenopsis grower to take the plunge to go full-LED. "It's a bit of a risk, though, because it's hard to be 100% sure about the color spectrum you need," he says. The trials done so far have focused mainly on energy efficiency. Now we have to see in practice which color spectrum fits best in phalaenopsis cultivation."

Gerben dared to do so after a lot of his own research and inquiries. In doing so, he chose a relatively high percentage of green in the spectrum. "This is good for the plant, which grows better, but it is also so much more pleasant for our eyes. Without green light, all the plants look brown, and you don't get used to that."

A 1000-watt fixture hangs on every 4.5 meters, with four gauges in between, with a PAR of 195 µmol per fixture, at Gerben's greenhouse. 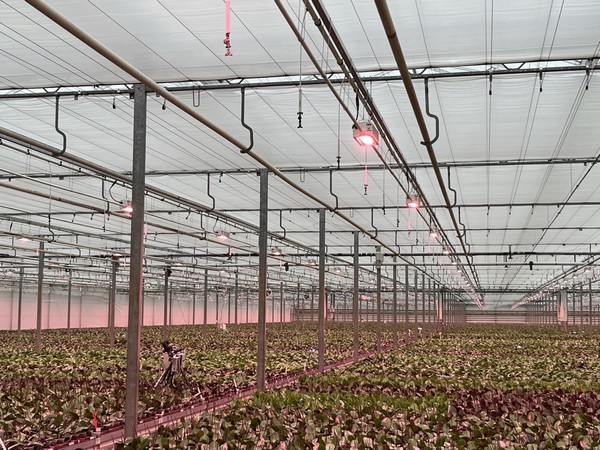 A good start
The new lights have been hanging for several weeks now. "So far, it's going really well. And later, when the lighting is connected to the Priva climate computer, it will be absolutely perfect. The spectrum and the water cooling are real pluses, and it's all 100 times better than with SON-T. For example, I can dim each lamp separately if I want to."

The installation, carried out by Belgian company Indagro, also went smoothly. "That went through Oreon, and the installation really went perfectly. Ultimately, the goal is to have this installation for the long term, and I am confident about that as well." 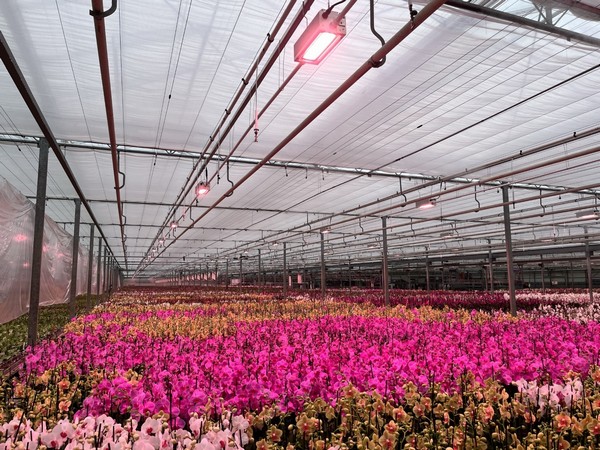