Stefan Groenewegen and Richard van der Salm met in secondary school and have been working together for about 20 years now on growing solutions for their anthuriums. Their company Groene Tint has existed since 2007, but Stefan's grandfather laid the foundations as early as 1936 in Naaldwijk. Now, Groene Tint's greenhouses are located in Tinte, and Stefan and Richard jointly own the company. Stefan focuses mainly on cultivation and maintenance, while Richard is more concerned with sales and crop protection. In January, the company started growing its anthuriums as organically as possible. Chemicals are only used as a last option to correct. 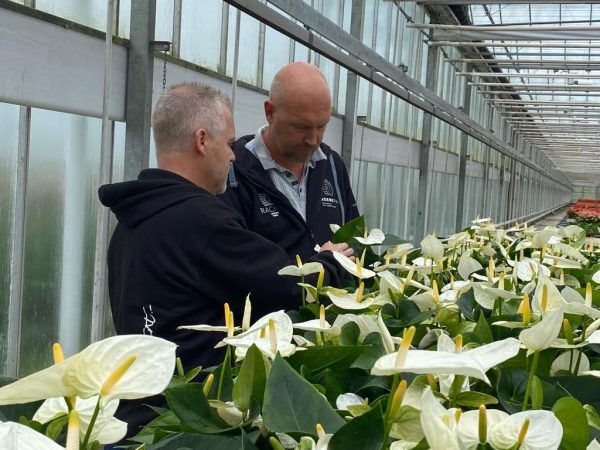 Need for biology
Like all garden companies, they noticed that fewer and fewer resources are available and will only become fewer in the future. With the use of other, less potent agents, the thrip pressure of pepper thrips was rising faster and required more frequent spraying. They noticed that they themselves also didn't like dealing with chemistry so often. Richard: "If you have to spray twice a week in summer, it's quite a puzzle. You can only start once the temperature has dropped, and with the hot summers we've had in the past, that means you finish late. If that then continues for a few months, it's not much fun."

Together with Richard van Spronsen of Van Iperen, they looked at the schedules a lot. "Last year in the summer, when the thrips pressure was very high, I often went here to draw up spraying schedules together with Richard van der Salm and discuss which agents worked well and which ones worked a bit less." Then the option of using biology also came up. "It was clear that we had to go in a different direction, and with biology, Van Iperen has the necessary experience by now."

That's where Marjolein van der Knaap comes in. Around that time, Marjolein, who works at Koppert, was researching the use of biology against pepper thrips. This was also the kind of thrips Richard and Stefan were suffering from in their cultivation. These pepper thrips pose a major threat to the crop. Besides hiding and thus being difficult for predatory mites to find, they cause major damage in small numbers. Initially, very little was known about these exotic thrips, which is why Koppert set up trials in collaboration with a number of partners to find the best biological control agent. And with results. Marjolein says, "It is still a work in progress, but I dare say that predatory mites are a very good basis against pepper thrips, among other things." 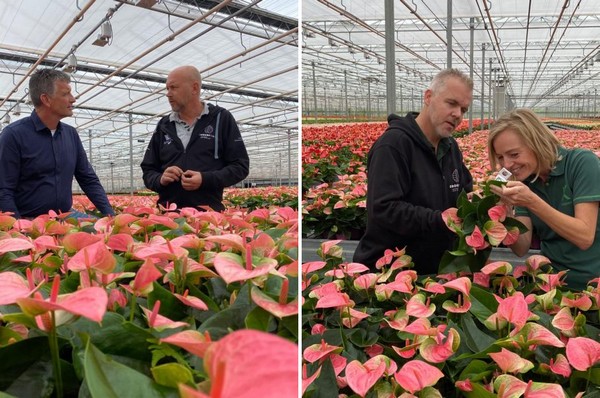 Application
Applying predatory mites is mainly done preventively, explains Marjolein: "You can only tolerate a small amount of pepper thrips, which is why it is important to constantly have a high predatory mite population." Deploying those predatory mites is done at different stages of cultivation in different ways. To start with, predatory soil mites are deployed the moment the anthurium cuttings arrive. Should thrips pupae already be present at that time, the Macro-Mite soil predatory mites immediately target the pupae. Swirski-Mite is then deployed with the Airobug blower against the thrips larvae in the plant. In the final phase of cultivation, bags containing the Swirski-Mite LD are mainly used. This avoids residue when the plants go to the buyer. Throughout the process, the predatory mites are supplemented with a combination of Nutari feeder mites and Artefeed. 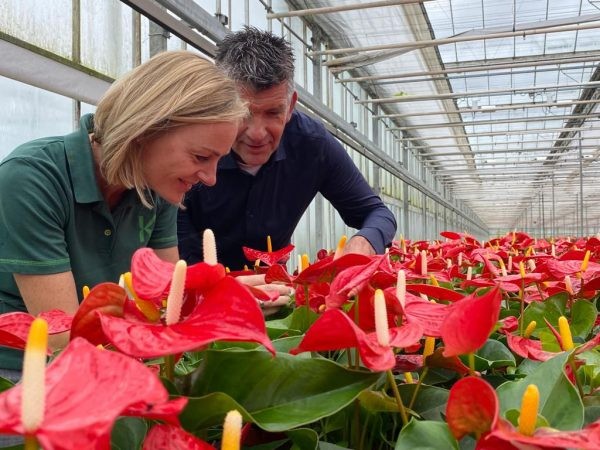 Development remains necessary
Richard van der Salm: "Overall, we are satisfied with how things are going. It certainly went very well in the first half of the year. After that, partly due to the ongoing extreme heat, we had more problems with thrips pressure." So the solution against thrips is certainly not yet set in stone. For instance, some varieties of anthuriums are more sensitive to pepper thrips than others or show damage sooner. On some varieties, thrips pressure was even so high that Richard and Stefan decided to stop growing them. There is also still a search for a way to combat the thrips once they are mature. Marjolein: "We are now also investigating what role catch cards and attractants can play in controlling adult thrips."

Incidentally, natural enemies have not only been used against thrips. Parasitic wasps (Aphidius Colemani) and gall midges (Aphidoletus Aphidimyza) were also deployed against aphids last year. With success: hardly any aphids were spotted in Stefan and Richard's anthuriums.

Even though there are still plenty of studies underway, Richard van der Salm is enthusiastic about the biological strategy: "Considering the future, it is important to stay engaged with this kind of thing as a grower as well."