This is how Antonia Cox of Pottburri described the amount of mineral oil they managed to save with their pots, and it surely is a sign of her passion and excitement in achieving this milestone. 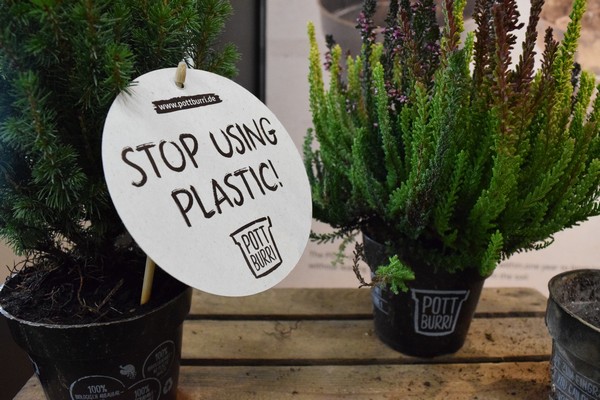 Pottburri
Pottburri was founded by Antonia and her brother Alexander in December 2019. The siblings grew up in their parents' nursery. Already 30 years ago, grandfather Cox was looking for an alternative to plastic pots that could be mass marketed but couldn't really find a good alternative. Years later, the siblings used sunflower seed shells and found the perfect balance between strong and compostable material for their pots.

"We found the perfect balance with our material mix, making the pots strong enough to grow plants in it, but also having them decomposed quickly enough to make end consumers happy. Indoor growers can cultivate plants in the Pottburri pot for about three months, outdoors, it is about six months. This is a bit longer because the outside air dries the pot continuously. It takes about one year for the pot to decompose under natural given conditions," says Antonia.

This appeared to be the winning formula for the company, as they have now sold over 10 million pots in Germany thus far. 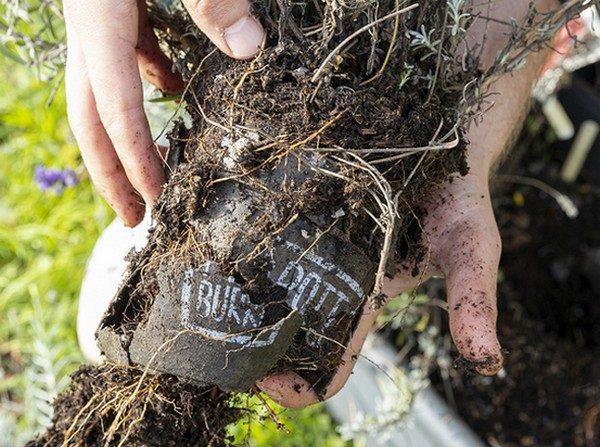 How did they do it?
However, selling 10 million pots is not something that happens overnight. The siblings needed to market their product in a way that would entice end consumers as well as growers.

They did this in three different ways. First of which was going on the German version of the popular television show Shark Tank. Their episode aired in April 2021 with 3 million potential end consumers watching the duo. Secondly, they talked with retailers directly to convince them of their product as well.

Finally, it was up to them to convince growers who would end up being the main users of the pots. "We visited growers a lot of growers in that time. We need their feedback most of all. The pots have to work for the growers' automated processes after all." 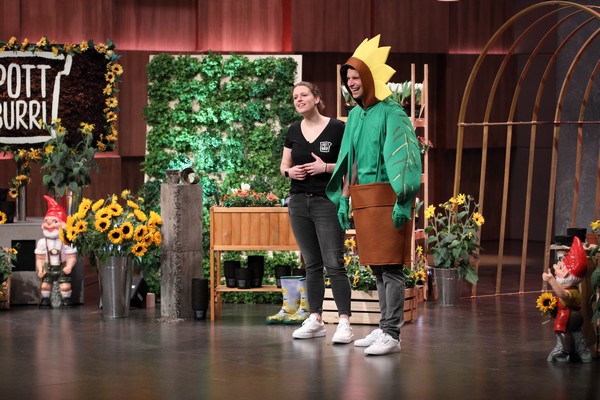 Development over time
The information Pottburri got from the growers and end consumers did not fall on deaf ears and led to many changes in terms of the design and workings of the pot.

"We did many, many, many tests with different recipes and different compounds and visited a lot of growers, all so we could answer what the pot needs to look like, what it needs to be made of, and whether it really works for the process the grower uses."

The product went through a lot of changes over the past few years. The first was the Pottburri 1.0, which looked a lot like plastic, even though it wasn't made of it. This was a problem for Antonia and her brother since they had to explain that it was decomposable to end consumers all the time. They changed the appearance of the pot and made it thinner to save on materials. 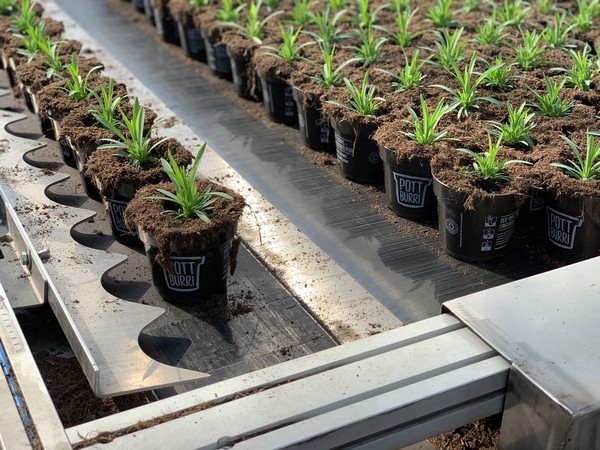 Now the Pottburri 3.0 will have a slightly different shape since a grower gave feedback that the plant and pot fell over at times in their machine. So they changed the form to prevent just that from happening, making it more stable.

However, the siblings aren't anywhere near done yet. They are motivated and will keep innovating the pots, perfecting them as they go along. "We now only have the 12cm pot size. The next step would definitely be having more pot sizes. Not in 2023, but definitely after," says Antonia.

Trade fairs
Just prior to the Trade Fair in Aalsmeer, the siblings reached the 10 million pot mark and openly celebrated it for the first time in their stand at the event. 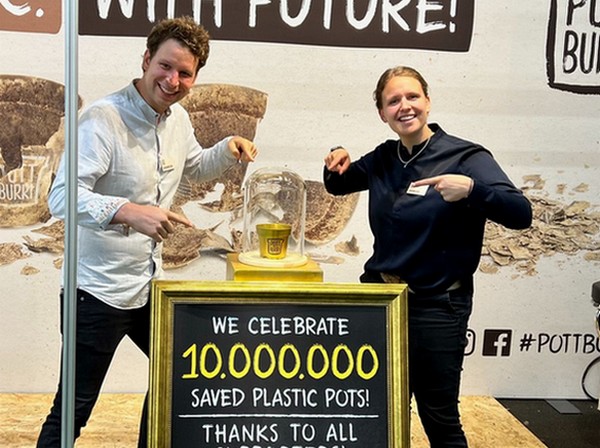 Despite Pottburri's current main market being Germany, trade fairs remain an important gathering for future internationalization. "It's our aim to expand to Europe and Scandinavia with our product, so being at the Trade Fair in Aalsmeer is a great opportunity for us to get more acquainted with those markets. Europe, Scandinavia, and eventually global. That's the goal."

By that time, 56 elephants will seem like a drop in the ocean.