Fragrant garden roses are hot, but breeding an appealing, healthy, and resistant rose with a fragrance remains a challenge. Therefore, when finding a variety that ticks all the boxes, breeders are over the moon. Also, Danish rose breeder Rosa Eskelund is most proud of her fragrant varieties in her garden rose series Plant’n’Relax, which are also the best-sellers. She sees the demand increasing year by year from countries all over the world. 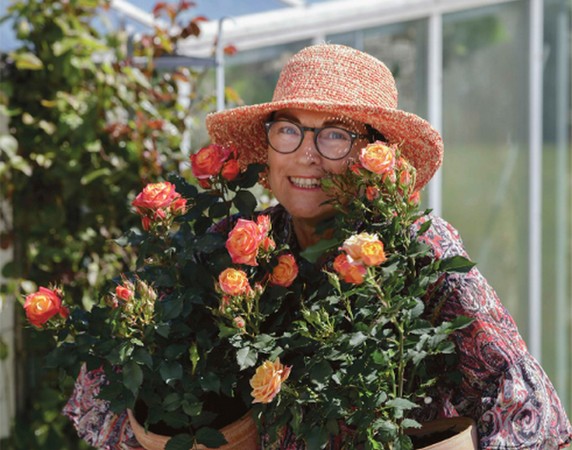 Fragrant varieties in the Plant’n’Relax series
Back in 2000, Rosa started breeding garden roses, and the assortment currently consists of over 20 varieties. The first fragrant garden rose she introduced was 'Our last summer' in 2013. It became a best-seller in Scandinavia, and it is still popular. "This variety grows up to 2.5-3 meters and has big, strong, and fragrant flowers." Later, she introduced more fragrant varieties, which are now all best-sellers. 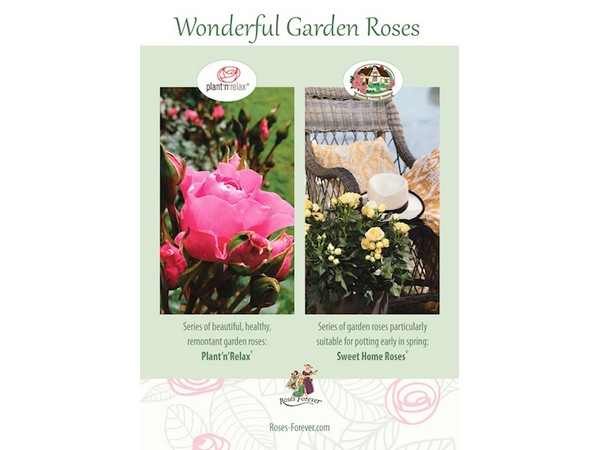 Worldwide popularity
According to Rosa, the demand for garden roses is increasing worldwide. "In Denmark, Germany, the Netherlands, and Belgium, we have growers who do the budding. Then, the bare-rooted roses are exported mainly to Sweden and Norway but also to Thailand, China, and the rest of Europe. And we see the demand growing. Now, after so many years, I see that my garden rose varieties are really being noticed internationally." But why are garden roses still increasing in popularity? "More and more people are spending time in their garden, and roses are one of the few plants with such a long flowering period, from June well into autumn. However, this only applies to the remontant roses, and I only develop remontant varieties." In Scandinavia, the Plant’n’Relax roses have become very popular, and especially when one of Rosa's roses are being baptized by their Crown Princess or another famous person, the demand spikes. "In garden centers in Scandinavia, they even sell by name." 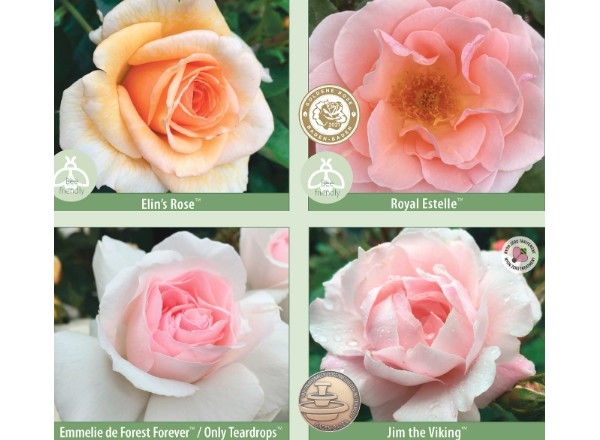 Some roses in the Plant’n’Relax series.

Sweet Home Roses
Besides the Plant’n’Relax line, Rosa also has another series of garden roses called the Sweet Home Roses. This line consists of 10 varieties with big filled and some fragrant varieties too. "They are suitable for potting in and forcing early in greenhouses and later to be planted in the garden or big pots on terraces "before all other garden roses are flowering." In contrast to the Plant’n’Relax series in the Sweet Home Roses series, it is the colors that dictate the demand; yellow and orange for Spring and Easter sales and red, pink, and white for the various holidays such as Valentine's Day, Mother's Day and Women's Day. For growers, the compact growth, long-lasting flowers, and short culture time that make the series the preferred rose to grow, she explains. "The culture time from a bare root plant to flowering is only 5-8 weeks depending on heat and light and climate zone." 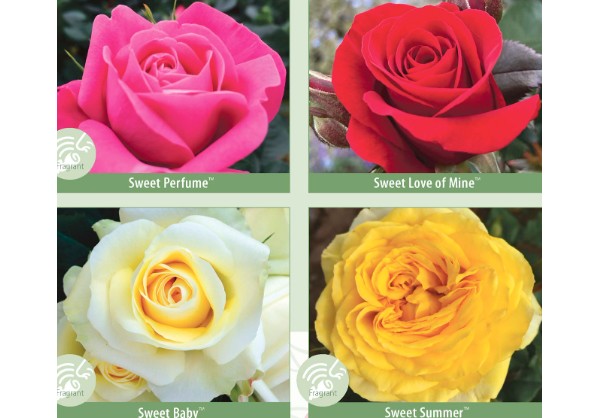 Some roses in the Sweet Home Roses line

Season
For the Plant’n’Relax series, the season runs from November to March. "Then, the most bare-rooted roses are sold to the garden centers. The ones in the container are sold from March until August. For the Sweet Home Roses series, it is a little different, she explains. "They are often sold in bloom throughout the spring and for the flower holidays as a gift item. Sweet Home Roses have been specially selected to bloom early (when grown in a greenhouse), unlike Plant’n’Relax, which will only bloom from June."

IPM Essen
Eager to see these and more roses of Roses Forever, visit their booth at the IPM Essen in Essen, Germany, Hall1.C36 from January 24-27.