"2016 is one of the best years we've had in the last several years", says Torben Moth Madsen, owner of Rosa Danica. This Danish grower cultivates Kordana® potted roses and campanula Portenschlagiana year round and schlumbergera's from September till Christmas and supplies them all over Europe. Madsen was very pleased with this year's demand for potted roses and campanulas, but for the schlumbergera's it was disappointing. 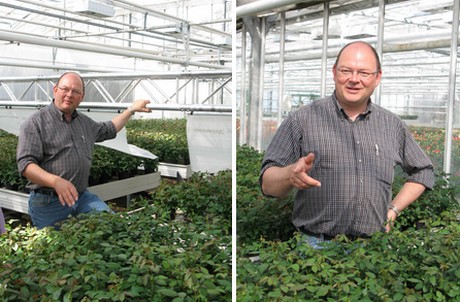 Torben Moth Madsen in the greenhouse of Rosa Danica. (Photo made by Gartnertidende)

Schlumbergera's
The schlumbergera season is coming to an end and according to Madsen this season was not as good as expected. "It started quite well and due to some improvements in our cultivation enhanced the quality of the plants. But unfortunately, the prices and sales were lower than we predicted." And Madsen does not has a reason why. "Last year, it was a very good year for the schlumbergera's and due to the increased popularity of succulents, we also expected the schlumbergera to be in higher demand this year. Currently, we still have some plants left, while we were completely sold out last year." 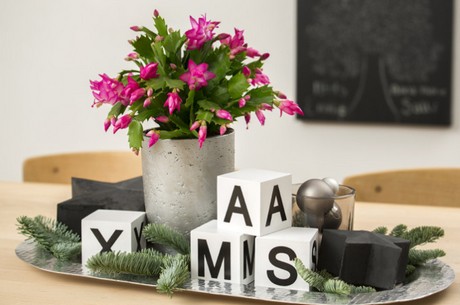 Potted roses
The main crop of Rosa Danica is the potted rose and contrast to the schlumbergera, this crop did very well this year. "In 2015, we had to deal with an overproduction, so in 2016 we decided to reduce the volumes by about 20 percent. This resulted in better prices. Besides that, we started to produce the scented roses – RosAroma™- in bigger volumes. The demand for this potted rose variety and the Kordena® Grande, a potted rose with large flowers, was high this year."

Currently, some greenhouses are empty. From week 4 till week 37, the crop is in full production again, which Rosa Danica decided to increase. "For 2017 we are planning to produce about 10 percent more potted roses. We are producing the plants on request of our customers and as we already received many orders for 2017, we are forced to increase the amount of products."

Next to increasing the amount of products, they are also expanding the range of products. "At the IPM Essen, which will be held from January 24-27 in Essen, Germany, we will introduce two new striped varieties, one with large and one with small flowers." All roses grown by Rosa Danica are bred by Kordes Roses, a German breeder of cut, garden and potted roses. "Since 25 years, we are in a close joint venture with the Kordes family. They breed the new varieties and we test them," says Madsen.