A visit to De Ruiter, Rosaprima and Flodecol:

It is flowers expo week in Quito, and many visitors take this opportunity to visit farms. FloralDaily didn't miss a beat either. Yesterday, a day before the flower shows Agriflor and Expo Flor Ecuador opened their doors, we visited the show and test greenhouse of Dutch breeder De Ruiter, the farm of rose grower Rosaprima and gypsophila grower Flodecol. The tour was organized by Expoflores, the Ecuadorian association of flower exporters and also the organizers of Expo Flor Ecuador.

Below a small impression of the farms that we visited. Later on more information and photos on each farm will be presented in FloralDaily.

De Ruiter
For two years now, De Ruiter has been trialing their varieties at Anniroses in Tabacando. They moved to this location because of the altitude. At their previous location, they were at an altitude of 2,500 m, now they're at 2,900 m. "We wanted to bring all varieties to the conditions most farms are in." Their show and test greenhouse covers an area of 1.6 ha. Currently, they are building a new office and expect it to be finished in about three months. 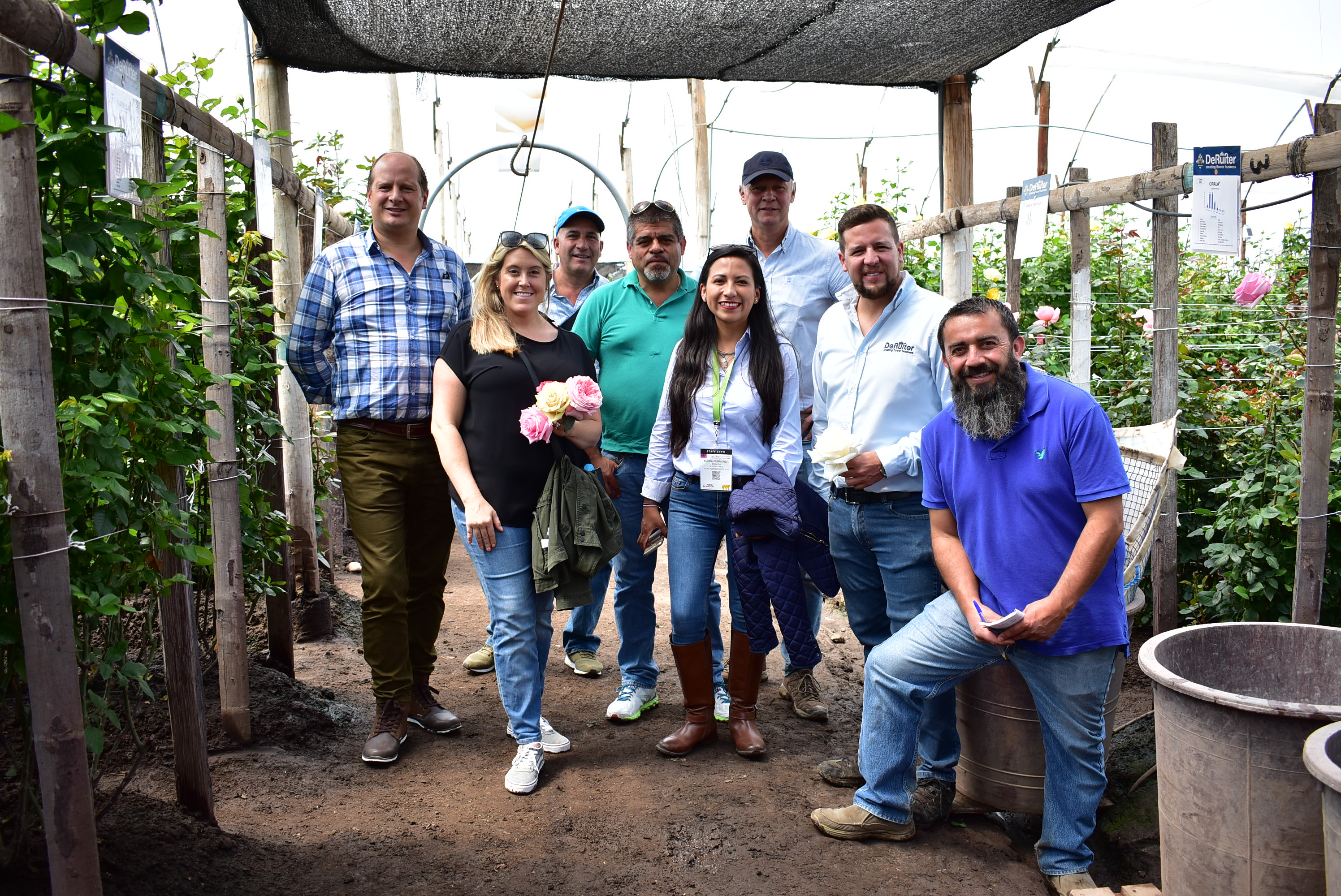 During our visit, the team of De Ruiter explained to us more about their new and differently laid out test and show greenhouse and the selection process of their varieties. 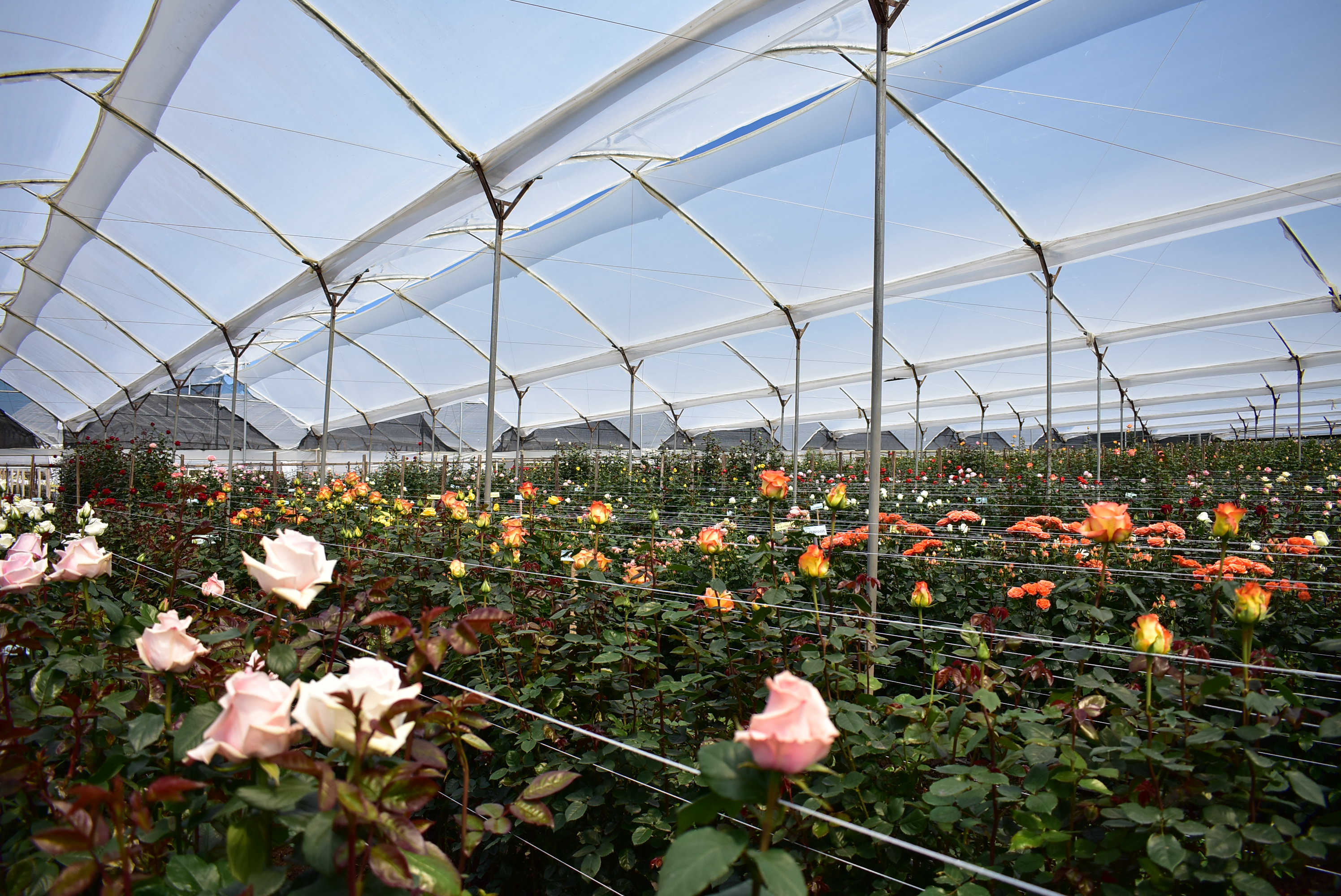 Rosaprima
At Rosaprima, one of the biggest rose farms in Ecuador, they grow 151 rose varieties on 136 ha in four farms. They are continuously investing in improving their crop by using new technologies, methods to reduce their environmental impact and serving the best work and social conditions for their workers. During our visit, we could see it all. 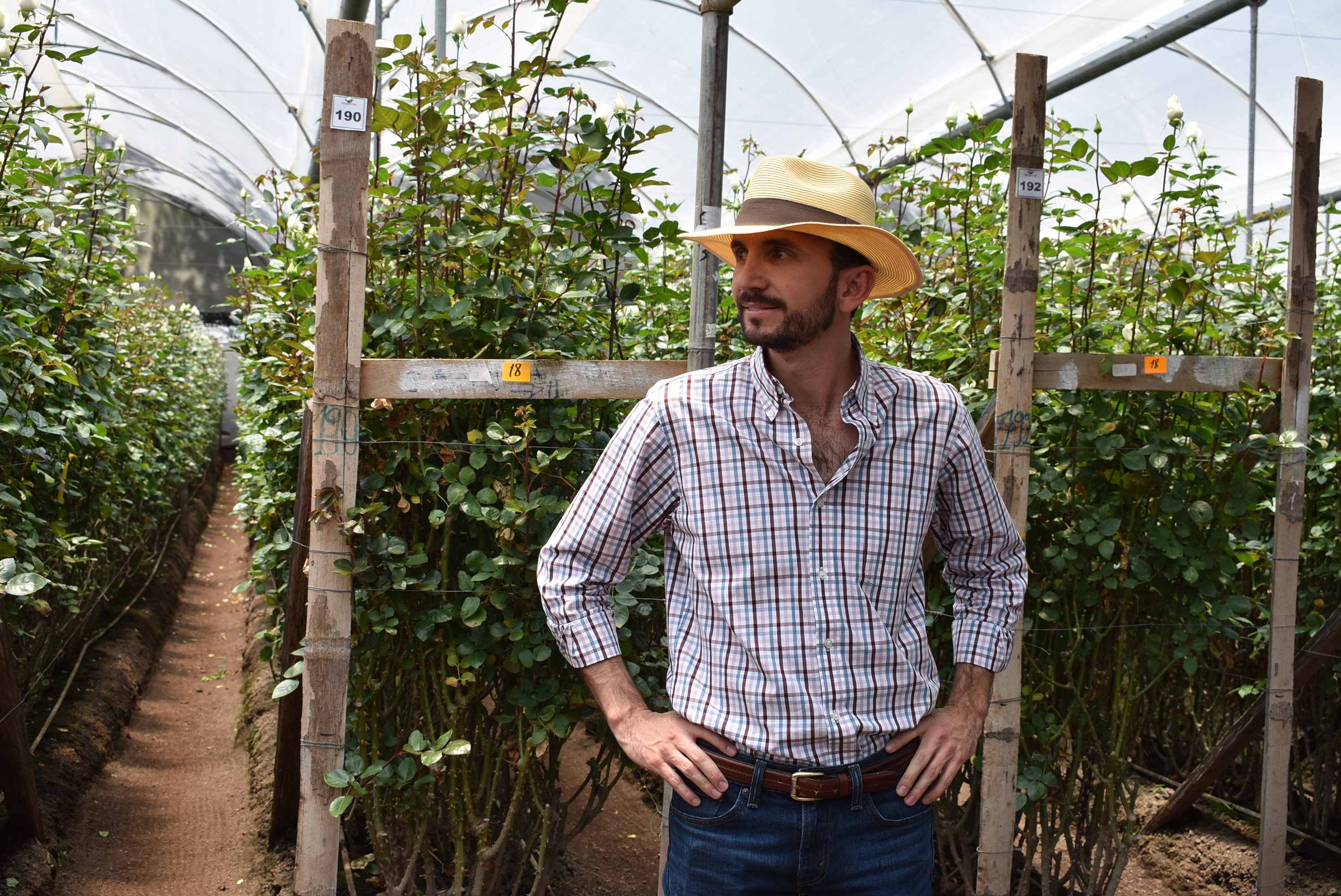 Juan Martin Gomez in the greenhouse

One new technique that we have seen is the automatic system that transports the flowers from the farm to the post-harvest area. It results in a better vase life of the rose. 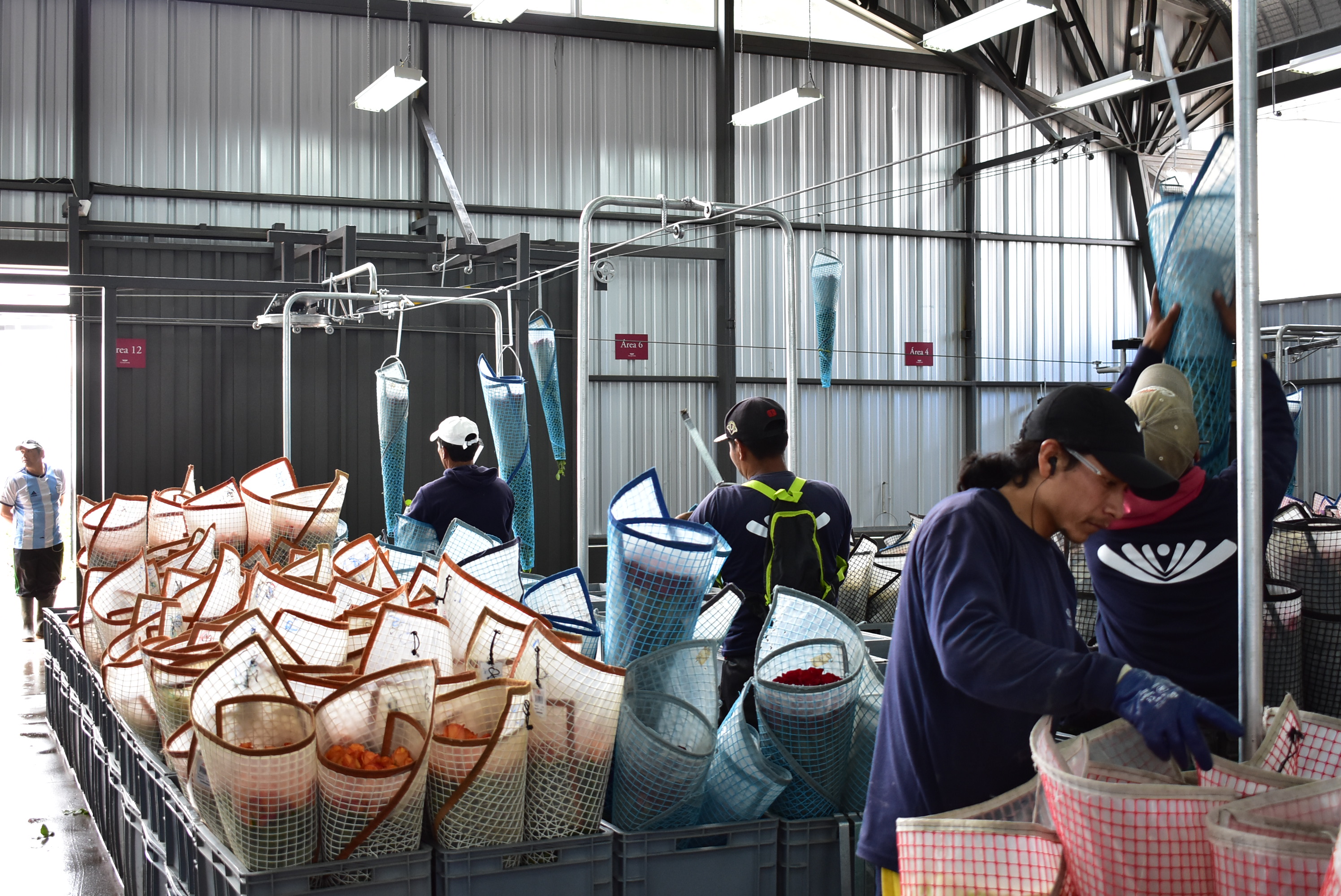 Nets are brought into the post-harvest area automatically.

Flodecol
The final stop was at gypsophila farm Flodecol, one of the seven farms of Much Flowers. At this 30 ha farm, only gypsophilas are produced, and the gypsophilas from all their three farms are processed at this location. We got the opportunity to see the process from growing, to opening, packing and cooling of these flowers. 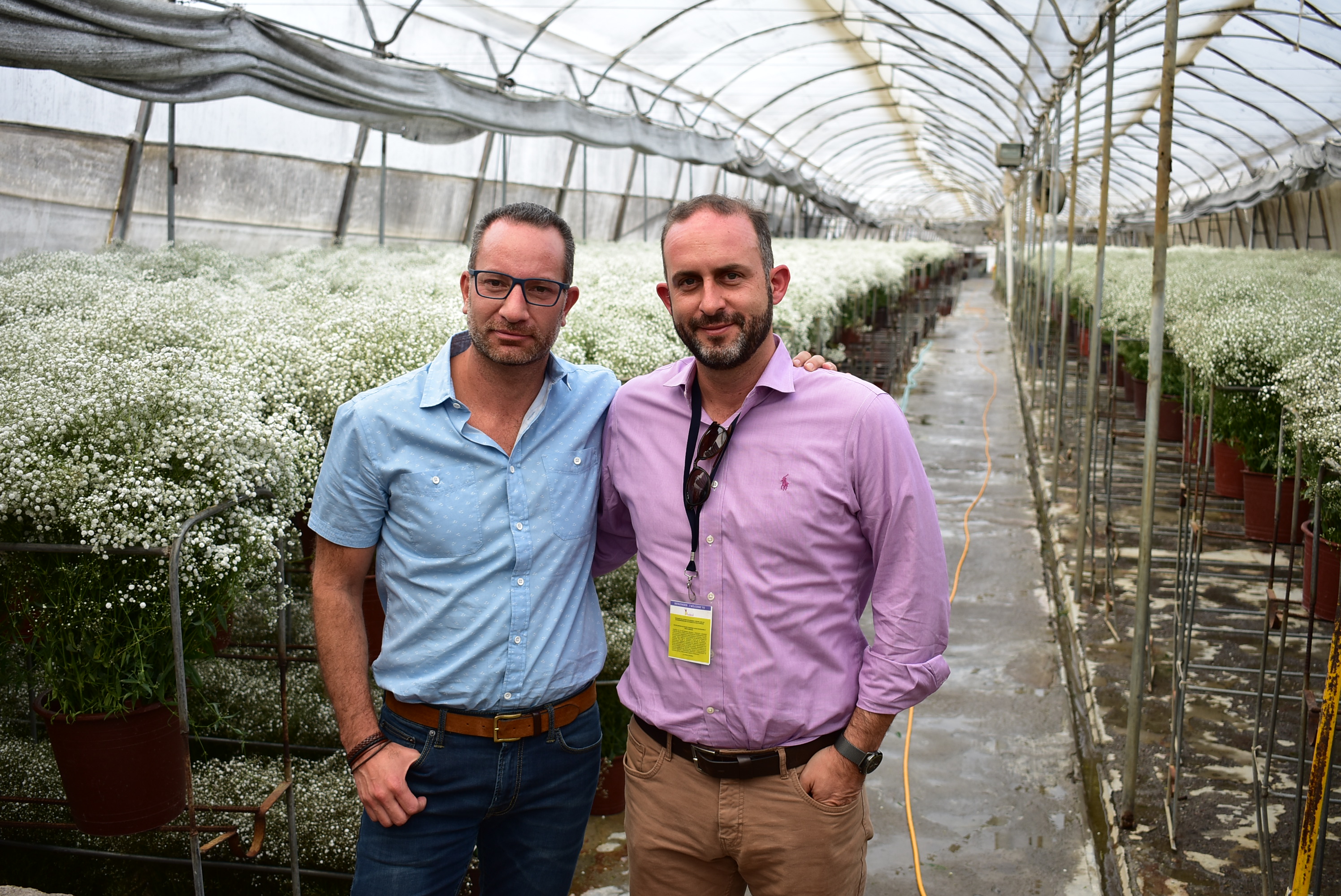 Juan Jose Albuja and Alejandro Martinez of Much Flowers in the flower opening area. Both are also on the board of Expoflores

Besides gypsophilas, which is Much Flowers' main crop, the group comprises farms that produce alstroemerias, summer flowers, and they just recently bought a rose farm. Their current production acreage covers 80 ha. "We are one of the fastest growing farms in Ecuador", says Juan Jose Albuja. 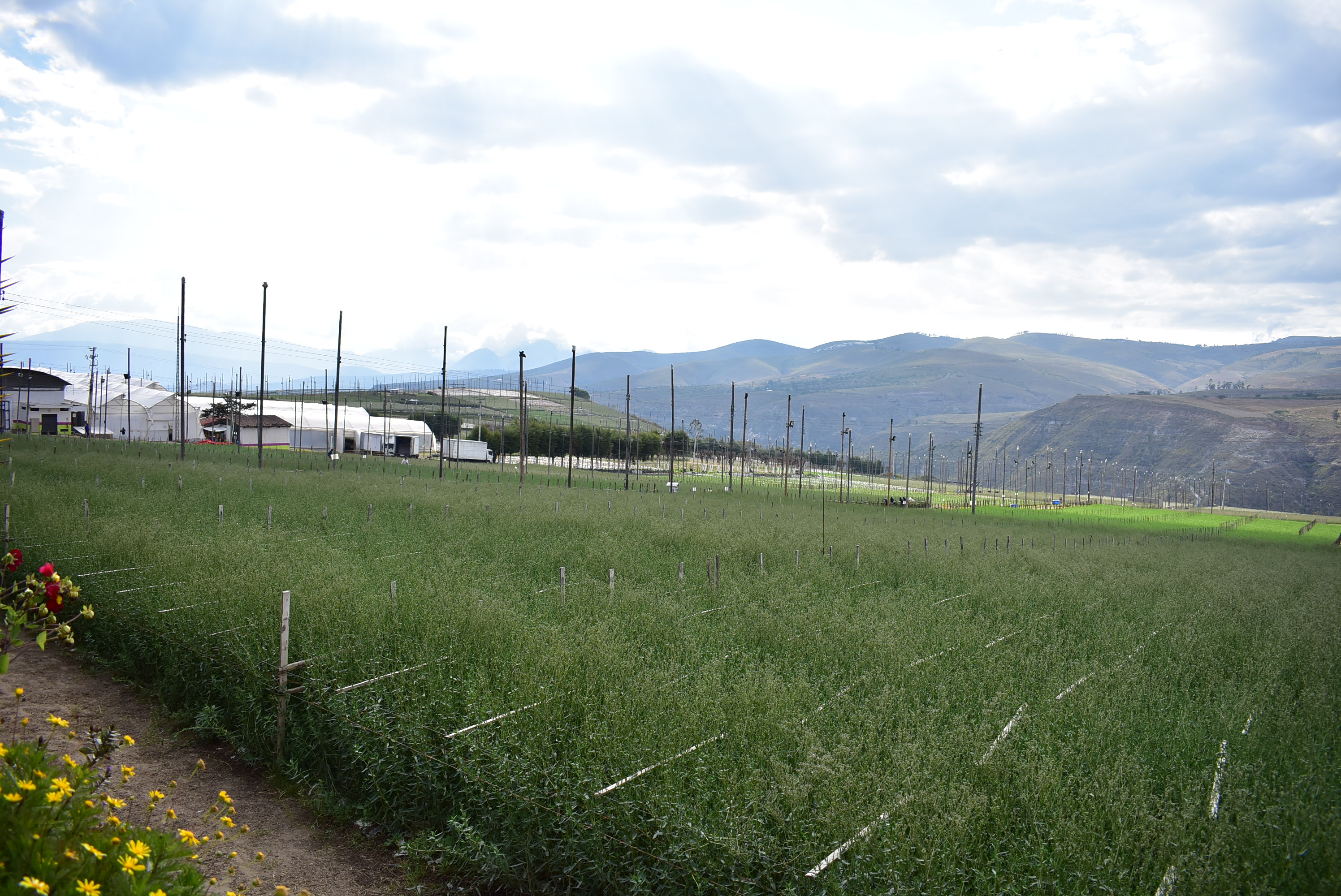 Trade shows
Today, Flor Expo Ecuador and Agriflor will open their doors at two different, but nearby locations. FloralDaily will be visiting both shows to make a photo report of each event. The photo reports will be published on Monday September 24.