In the U.S. floral universe, Pierson, Florida, population 1,849, plays an outsized role. For any given bouquet of flowers, chances are pretty good that the greenery came from Pierson.

It’s a place that calls itself the fern capital of the world. Families have grown ferns for generations and kids grow up working at ferneries during the summer and after school. In Pierson, a network of supporting businesses – shippers and suppliers – has grown up around the ferneries. 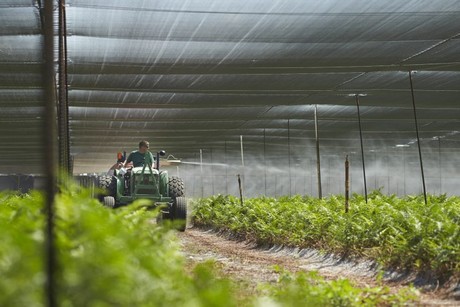 Albin Hagstrom & Sons, a Certified American Grown Farm, has been growing ferns in Pierson since 1928 and is now one of the biggest growers of floral greenery in the country. The company cultivates nearly 500 acres of greenery, offers nearly 80 different varieties and ships 180 million stems a year to all 50 states and to far-flung destinations such as New Zealand and Singapore. 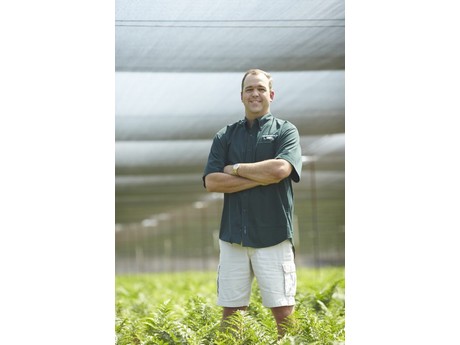 The company is now in the hands of the fourth generation of Hagstroms with another generation just starting to get involved. The company was founded by Albin Hagstrom and his son Raiford. Albin had moved to Florida from Pennsylvania as a boy with his family, which was lured by the prospect of abundant land. They started shipping plants to family and friends in Pennsylvania that couldn’t be grown up north.

“It didn’t start as if they had visions of a floral business,” said Erik Hagstrom, great-grandson of founder Albin and part of the fourth generation running the company.

Pierson was blessed with the soil and climate that are tailor-made for fern growing. Still, until the 1960s, fern-growing in Pierson was mostly a cottage industry. For many families, growing ferns was second or third source of income, Hagstrom said. Up until the 1960s, his own family grew only one type of fern – asparagus plumosus.

But improvements in transportation and communication changed everything. It went from a mail-order business that shipped by train to one where orders increasingly came by phone, and refrigerated trucking allowed faster and fresher shipments. 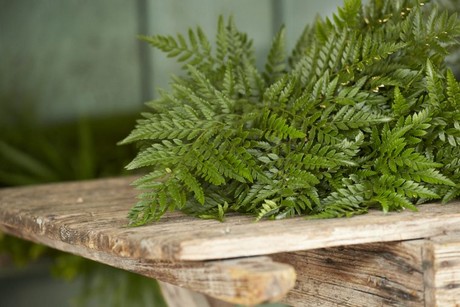 Leatherleaf ferns are a staple of the Albin Hagstrom farm.

All that coincided with growing consumer demand for flowers. And when leatherleaf fern became the go-to greenery for floral arrangements, the fern business in Pierson took off.

“Leatherleaf quickly became the leader of greenery sales and that still continues to this day,” Hagstrom said.

As the company continues to evolve and navigate new challenges, it has embraced the principles of  Certified American Grown. With foreign competition as strong as ever, Hagstrom sees the importance for American farms to differentiate themselves. 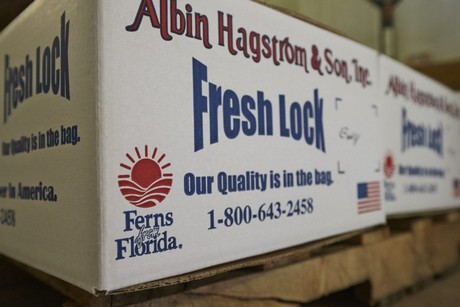 “In my short time in the industry, I’ve seen carnations out of Colorado come to an end,” he said. “I’ve seen a lot of flower companies in California struggle, although there’s been a resurgence there.”

“We feel like we can’t sit idly by. We’ve got to get in there and become a part of this movement and do our part to educate and promote American-grown product.” 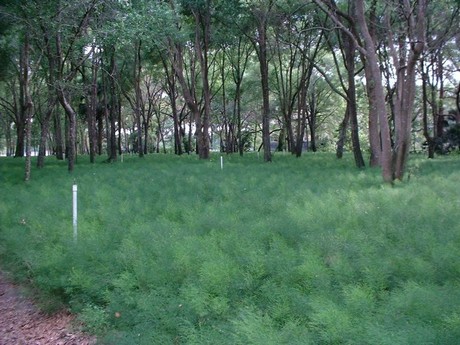 500 acres of American Grown greenery are cultivated at the Albin Hagstrom fernery.

“We wanted to kind of embrace that and to do what little we could do to spread the word. And hopefully, keep some of our hard-earned dollars here in this country.”

It’s also a way to help other growers and keep the industry healthy.

“One thing that I always have to remember is I’m in the greenery business and we’re kind of a secondary to the flowers. If someone gets an arrangement, they’re not looking at the leatherleaf, they’re looking at the focal flowers. We get that. But we want to be a good supporter of the floral business and the greenery farmers in different parts of the country. We want everybody to have the option to buy American.”