Autonomous cultivation, scouting with drones and ordering products with your voice

Every year the fourth-year students Horticultural & Agribusiness at Inholland Delft University of Applied Sciences are again faced with the challenge of selecting a subject for the annual symposium that they are allowed to organize. They have knowledge of greenhouse horticulture, both from the lecture halls as well as from the greenhouse. But what is a suitable subject that also will benefit the grower in practice? The answer: technology, because growers are aware that nowadays more and more is possible in areas such as autonomous cultivation, drones and even when ordering products online for use in the greenhouse. 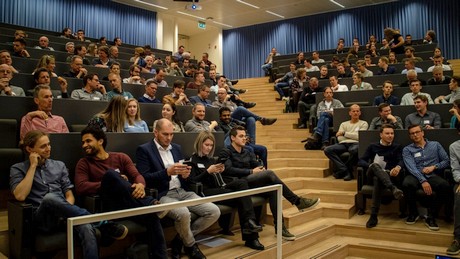 Earlier this month, around 120 entrepreneurs, students, teachers and interested parties gathered at Inholland University of Applied Sciences in Delft to take a look into the future during the event that was organized by students. Three speakers were given the opportunity to voice their reflections on the future, but also to explain whatever is already possible. After each presentation, provoking questions from the audience followed and that is not always the case with meetings like this. A positive sign that made it clear that everyone had been stimulated to start thinking again. 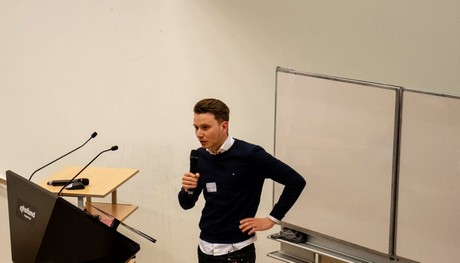 Dennis van Leeuwen, one of the organizers, acted as moderator

Autonomous cultivation: trust and guidance
First of all by Klaas van Egmond from Delphy and also team captain of ‘The Croperators’, the Dutch team from Delphy, Agro Energy and students from TU Delft and Inholland gained experience with autonomous cucumber cultivation during last year’s Autonomous Greenhouse Challenge. Klaas introduced the audience to everything that plays a role in autonomous cultivation, although with a wink he immediately stated that he knew very little about both data and cultivation, while he did like to offer his opinion as Cultivation Engineer Expert. 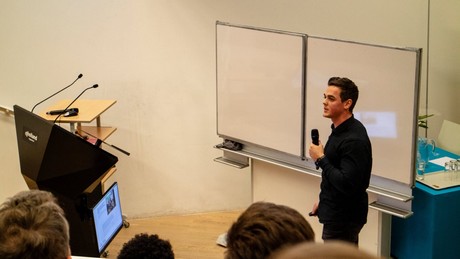 During his story he pointed out that it is important for growers to learn to trust the autonomous cultivation system. To help growers with that, good guidance is crucial, according to Klaas, because growers should not immediately think about abandoning a system after two small errors. "We still believe in a role for guidance in autonomous cultivation and really not just because we as Delphy are active in that area," according to Klaas and with a joke.

At the same time, there is also a strong tendency to start relying too much on the system too quickly. If everything goes well, mistakes still creep in. This also in the case of the The Croperators, where the pH values rose during the challenge, but that was noticed too late, causing problems for the crop. More sensors, especially plant sensors, could have helped in that case.

Even so, also green thumbs remain important, even when the models are excellent. “Not everything you can observe in the greenhouse with data and sensors just as quickly as the grower with experience. But because growers are becoming scarcer, we are working on an ‘idiot-proof’ system with which, for example, a new-built project abroad can be operated without having an experienced grower available." 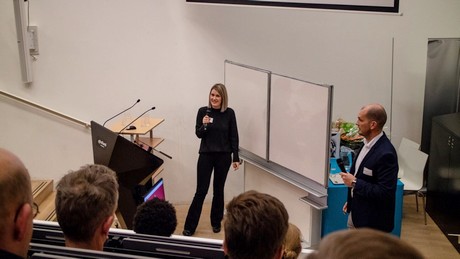 Advice to differentiate yourself, but also for a fee?
From autonomous cultivation to e-commerce and the technology behind the web shops where growers can order their products. Suzanne Moor and Rob Helderman from Royal Brinkman tried to get the audience involved with questions and examples. Are we going to order things with voice search? Will cultivation advisors soon be able to observe through Google Glass to provide advice remotely? Undoubtedly, but at Royal Brinkman they still see a permanent role for human advice and knowledge. “Now still for free, but if it would turn out that we provide the advice and the customer starts buying the products at a larger, cheaper web shop without an advisory service, then we should start thinking about a business model. Paying for advice might then become necessary," according to the e-commerce specialists.

Drones: more than just toys?
Delivery with drones is according to Royal Brinkman also something for the future, but drones are already also flying in greenhouses. Lucien Fesselet and Tom Kearney-Mitchell from Applied Drone Innovations make such drones with which they help growers to visualize ever larger greenhouses. Scouting can be done properly with a drone according to both speakers and it is a lot faster. With the right technology you can easily spot that one diseased plant and also to administer pest control with the drone at that location is also possible. 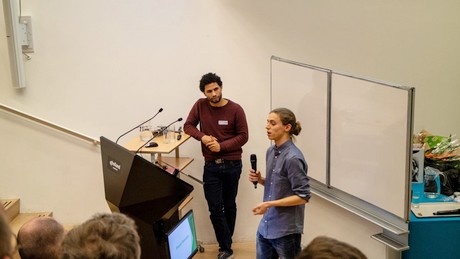 Challenges are with the weight of the drone; the heavier the drone, the more energy it consumes and the shorter the battery life will be. Precision is also a point of attention for the start-up, because you don't want to hit anything with the rotating propellers. Those same propellers also move a lot of air, so many crops are not suitable for the drone. A drone is very suitable for orchids. "In that sector they are open to innovation and funding is available as well," Tom chuckled. Roses, on the other hand, are still excluded because of their fragile nature, because the considerable displacement of air would blow the petals off. 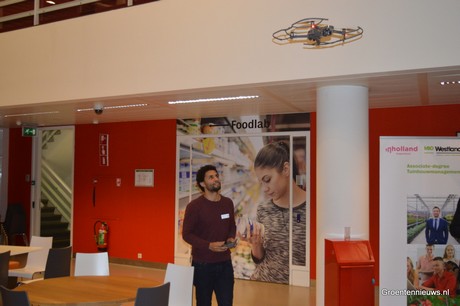 Drone demonstration during drinks by Lucien.

During drinks afterwards another demonstration followed with the drone which had the participants feel the air displacement. There was also an opportunity to talk further, whereby students and entrepreneurs could each share their own thoughts with each other about, for example, drones. A nice application, but also one that still has a number of difficult issues, as in fact is the case with all new techniques.

Scouting in floriculture is also very possible, for example, through a rotation system of containers that all pass by one location, while the drone that finds a diseased plant also directly spreads the germs through the movement of air. Perhaps that is something for the students and (new) start-ups to look into? It is then up to growers to give the students the space to experiment in practice, because that is the only way to advance ideas further, as was repeatedly emphasized.

Pictures of the lectures with thanks to Yannick Valstar.