From a windowsill to three National Collections

What started with an unidentified cactus on a windowsill, has grown into a business that spans almost one hectare, with nine large greenhouses, and three national collections. 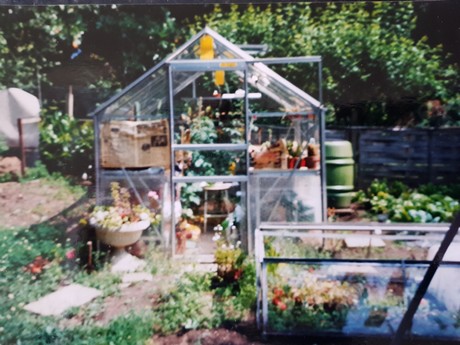 "It all started at the age of 11 years, when my Mum took me shopping and I spotted a tall growing cactus that I wanted to spend my pocket money on", Daniel Jackson of Ottershaw Cacti (whose favorite cactus happens to be ‘Mother in law’s cushion’ or ‘Golden Barrel’), remembers. "To this day even cactus experts who have visited my nursery cannot name this plant that I still have. My collection of plants grew as my space increased from my bedroom windowsill to a small greenhouse in my parents' garden, then to my first large greenhouse at our first home. When we moved to Ottershaw we inherited 9 big greenhouses, and ever since I have enjoyed filling them with all sorts of cacti and other succulents. Currently we have 2.25 acres of land half filled with glass, so plenty of room to expand should I be allowed!" 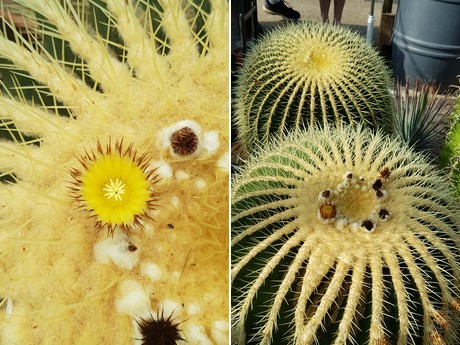 Own fertilizer and seed
Growing cacti is on the whole quite straightforward, Daniel explains: lots of light, gritty compost, regular watering in the summer and little or no watering in the winter, and re-potting every year as they run out of food. 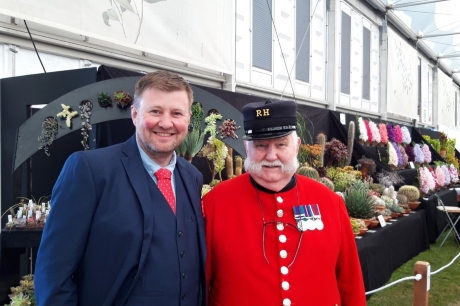 Speaking of food, Ottershaw Cacti developed their own specially produced fertilizer, which has helped to promote the colors, spination and flowering of the plants. "This has become so sought after that we now sell it at the shows." 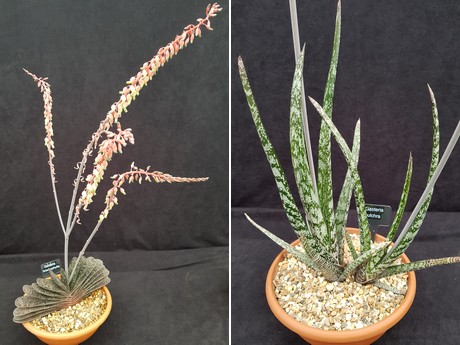 As for the starting material - Daniel pollinates his own plants and collects his own seed. He has to be careful though, "to ensure I have produced pure seed and any interested bees have not cross contaminated my batches". To achieve this, he wraps the pollinated flowers in clingfilm to prevent any cross contamination, or loss of seed when the seed buds burst. Other succulents propagate better from cuttings, he explains, like Echeverias, Crassulas and Sedums. 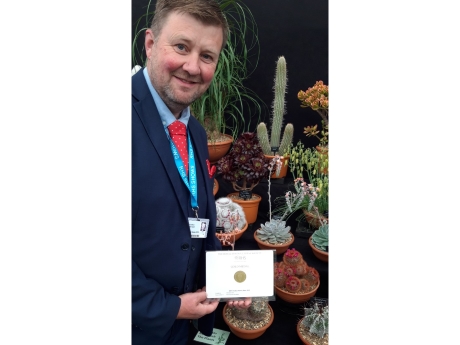 Showing off the gold won at Chelsea 2019

National Collections
All that hard work doesn't just go into the sales of cacti - Daniel also holds three national collections – Astroloba, Gasteria and Haworthia. "I inherited these collections from Robert Scott, who is a close personal friend and my first employer. I used to tend these collections when Rob first bought them and now have full responsibility for their day to day care." 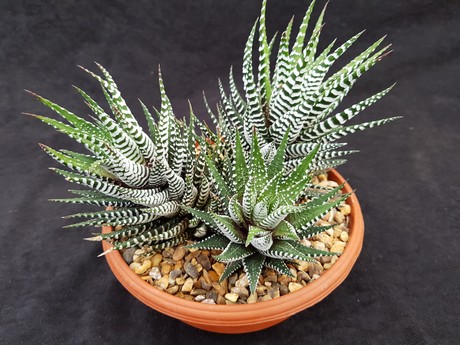 Hard work, but rewarding
This year Daniel and Jo Jackson were at Chelsea again. "We really enjoy doing the RHS shows", Daniel shares. "Whilst it is hard physical work, Jo and I find it rewarding, so we hope to continue for as long as we can." In addition to continuing with the shows, they're also exploring an internet business, so they can share their plants with as many people as possible. "As our children grow and become more independent, we hope to have more time to spend growing and selling cacti and other succulents." 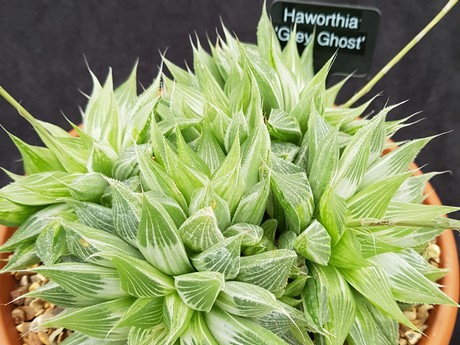 Speaking of the future, they're not really worried about Brexit. "We are 99% self sufficient in the reproduction of our sales plants, this is something we have felt strongly about and have worked towards with or without Brexit. We have also had some success in producing new hybrids and feel we can/should always produce something new for succulent fans."

Look out for the first new Aeonium ‘Nights Watch’, which Ottershaw Cacti launched at RHS Chelsea this year.