Mother's Day: Great sales on both sides of the Atlantic

This Sunday is the day the entire floral industry, from grower to florist, has been preparing for over the last weeks. Growers from all over the world try their best to have as much product available, in the best possible quality, trying hard to combine it all together into the most beautiful floral creations. Let’s hear some of them and find out how this upcoming Mother's Day is treating them. 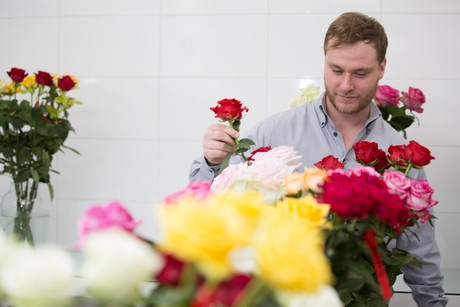 As far as South American flowers are concerned, almost all product

is shipped to the States exclusively. Aviram Krell, with rose breeder representative Plantec Ecuador, says that although there is a growing demand from Europe, the lack of higher prices in combination with low supply is to blame. “Most of April we had the volume we anticipated, but production started slowing down right at the end of the month, when Mother’s Day sales were about to reach their peak.”

Several factors contributed to this decrease in availability. Partly rose growers struggled to have enough product due to heavy pitching before Valentine's, partly the growers struggle with an increase in pathogens. “Growers struggled with high humidity and early flowers which resulted in some phytosanitary issues. Many growers are blaming increasingly drastic changes in climate for their losses, which averaged about 15-18% of production.” 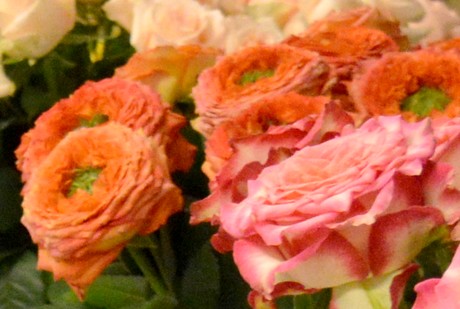 “Luckily most of the growers we spoke to were able to meet all the pre-orders they had, although they agreed that there was a lack of flowers available in the free market. This is another reason why growers generally recommend pre-ordering, so that they can make sure clients are able to have the roses they need. This pattern was closely followed in Colombia, where the quantity of flowers was high until the last couple weeks of April.”

According to Aviram, the roses that were most sought after were Pink, White, and Yellow. “In the US, prices for roses increased dramatically in week 18 when supply was lowest, with stems that had been selling for 30-35 cents suddenly going for 50-55 cents. While we did see some growing demand in some European countries for specific varieties, such as the variety 'Explorer' in Spain and Italy, the lack of higher prices in combination with low supply made sure that most of the South American roses made their way to the United States.”

Holland
In the Netherlands, scarcity is bringing about good yields. Cold and rainy weather hold back production, especially of summer flowers grown in the open field, thereby lifting prices. Allegedly consumers throughout Europe will be paying up to 25% extra for a bouquet as compared to last year.

Roses – either home grown, from Germany or flown in from Africa – were sold well, auctioneer of Royal FloraHolland Ger den Brabander told us. The expected pluses were made, exceptional increases did not occur. Only in specialties – pastel shades, wedding roses, some spray varieties – high prices were reported.

Peonies
Peonies make a good case illustrating the way weather conditions determine either good or bad sales. This flower, being one of the most wanted flowers for Mother’s Day, is grown both indoors (greenhouse, plastic tunnels) as well as outside. The crop needs heat to flower, and therefore the traditional flower growers do not have any crop yet. Hence, only part of the otherwise much larger assortment is available, raising prices considerably.

Simultaneously, other crops profit. Either they follow the same natural

pattern, or else they simply profit from a general scarcity. “We had a buyer looking for sunflowers”, Arjan Koolhaas, a Dutch grower specialized in gerbera told us. “Since he could not find it, a nice yellow gerbera was considered a worthy replacement.”

Interestingly, another positive effect of these more wet and chilly weather conditions is noticed. “If the sun is out, we need to compete with outdoor, barbecue related products. People need to be inside to buy flowers.” 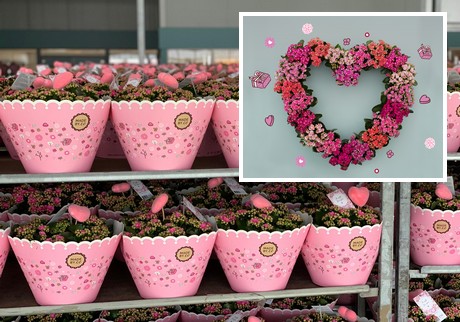 Potted plants
Not only cut flowers, but also potted plants profit from Mother’s Day. “As a matter of fact these festive days get more and more important every year”, Mike Broch, account manager at plant grower SV.CO tells us. “We really did noticed a shortage in kalanchoe and potted chrysanthemum in 7 and 9 cm pots. These small plants are used a lot in floral creations, leaving everyone suddenly without.