Food retailer Axfood on the flowers and indoor plant sales:

"We have very high expectations for the flower and indoor plant sales for Swedish Mother's Day", says Henrik Astrom of Axfood, one of Sweden's largest food retailers. In this country, Mother's Day will be celebrated on May 26 this year. When looking at the flower and indoor sales of past months and the weather conditions for the coming weekend, he expects the sales to be around 30 percent higher. 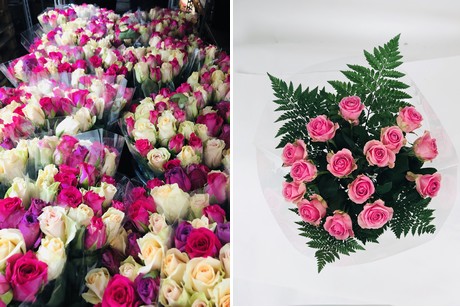 Some of the roses and bouquets that are about to be shipped to the stores.

Fairtrade roses going through the roof
When looking back at the first half of this year, Astrom is pleased with the sales so far. "The sales of the tulips - usually our biggest product - were a bit disappointing this year, but the rose made it all right, with sales being 40 to 50 percent higher compared to last year during this time of the year." The reason for the decrease in tulips is, according to Astrom, probably due to the fact that the weather wasn't as cold as usually in the beginning of the year, and that more and more tulips are being sold at places other than the retailer and florist, like electronic and hardware stores.

The reason for the significant increase of rose sales, on the other hand, is probably because of Axfood's decision to sell Fairtrade roses only, Astrom says. "We started to sell Fairtrade roses only at the beginning of this year and we immediately saw an increase in sales. We see that the Swedish consumer is, just like us, more aware of the products they buy, where they come from and how they are produced."

Bouquets for Swedish consumer
Besides straight bunches, Astrom also sees an increase in sales of bouquets. "This year, we have put more effort in the bouquets. This means that we took more control over the design of the bouquets - which is different to other countries. In Sweden for example, we have bouquets with fewer colors, only 1, 2 or max 3 shades in one bouquet. On top of that, we raised the quality and sizes of the bouquets compared to last year. We see that the consumer is getting better knowledge of the flowers and the quality."

Weather
All in all, so far, the sales seem to be higher compared to last year and according to Astrom, the weather conditions play a large role. "Last year, the weather started to warm up in week 15. As a result, the demand for flowers and indoor plants decreased. This year, the weather isn't that good, with last week even some frosts. It is not good for the outdoor plants sales, but for the indoor plant sales it was." 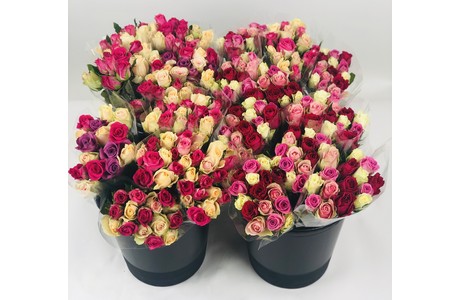 Some of the roses that are about to be shipped to the stores.

Good hopes for Mother's Day
In Sweden, Mother's Day is celebrated on May 26 this year and their Mother's Day campaign started last weekend. "Consumers are already buying some Mother's Day products - particularly plants - but the biggest sales are expected on Friday, Saturday and Sunday." And hopes are high. "The weather isn't predicted to very nice, so sales are expected to be high." Astrom expects a 25 to 30 percent increase, but to fulfill even higher demands, they supplied 50 percent more plants and flowers compared to last year. "Let's see what will happen."