A tornado in Linwood, Kansas, nearly completely destroyed the greenhouses of Free State Growers on Tuesday, May 28, 2019. The tornado caused about 3 million of structural damage alone leveling over 9 of the property's 10 acres, 13WIBW reported. 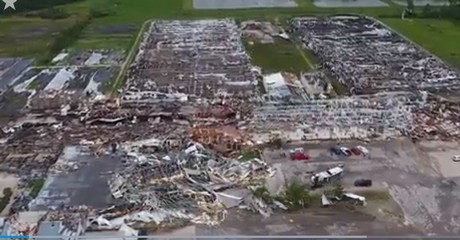 Click here to see the one minute video that gives an elevated view on  demolished greenhouses published on www.kansascity.com

The tornado ripped through the town of Lindwood (population of around 400 people) destroying several buildings on his path, including State Free State Growers. The tornado destroyed 90 percent of the property.

“We were at dinner and watched the tornado go through on the television and they said it hit Linwood pretty hard, I thought I’d better come out,” Tom Franchett, general manager of Free State Growers, told the 13WIBW. “So I came out about a half hour after the storm came through and found this.”

The owners hope to start rebuilding in one month from now. The first step will be taking away the 9 acres of rubble.

See below the entire broadcast.

13WIBW journalist Marleah Campbell posted on her Facebook page some additional photos of the damage caused by the tornado: 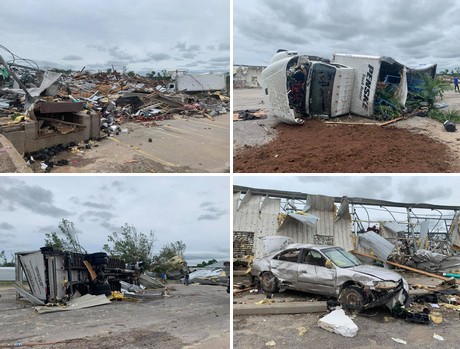 Fortunately, none of the Free State Growers' employees nor owners were injured. Kansas City spoke to the one employee who experienced the tornado up very close. Licsandro Gamboa knew he had to take shelter, reports Kansas City

In the article, they tell what happened: He ran outside the Linwood greenhouse as a dangerous tornado approached Tuesday night, ripping through parts of eastern Kansas. He crouched next to a small, orange tractor and watched as the violent winds threw trucks across the parking lot, wreaking havoc on his place of work. He kept his eyes open, watching it all. He thought to himself: “I need to see my son one more time.”

According to Kansas City, the tornado demolished the wholesale greenhouse, Free State Growers, which is still remembered by some as the Alex R. Masson greenhouse. 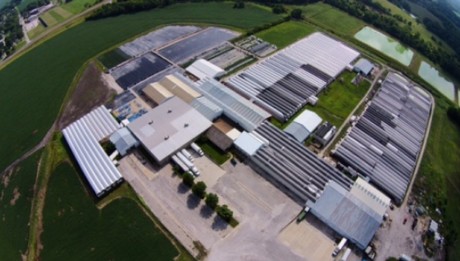 How the property of Free State Growers looked before it was hit by the tornado (Source picture: http://www.armasson.com/)