How the Kenyan floriculture industry seeks to meet consumer's demands

Despite a challenging start of the year, Kenyan growers are looking ahead and investing in their crops, facilities and workers. The floriculture industry in this country has been on the rise for many years. Also breeders are investing a lot to bring the best varieties to the market that fit growers' and end consumers' needs.

To see the developments with our own eyes, FloralDaily traveled to the Naivasha area. In one day, we visited breeder United Selections, and rose farms Maridadi and Rift Valley Roses.

To focus more on their low altitude crops and to be closer to their growers, United Selections transferred an existing 0.5 ha greenhouse (hired from Panda Flowers) into place where they can use for the selection of new varieties, showing the varieties, and for budwood production. At Maridadi, they are in the process of gaining their GRASP certification and at Rift Valley Farms, besides the recent completion of their solar system, they are continuously collecting data following the Kaizan concept to improve the production for their workers and quality of their crop.

Below some pictures to give you an impression of the farms. Later on each farm and its activities will be highlighted in separate articles. 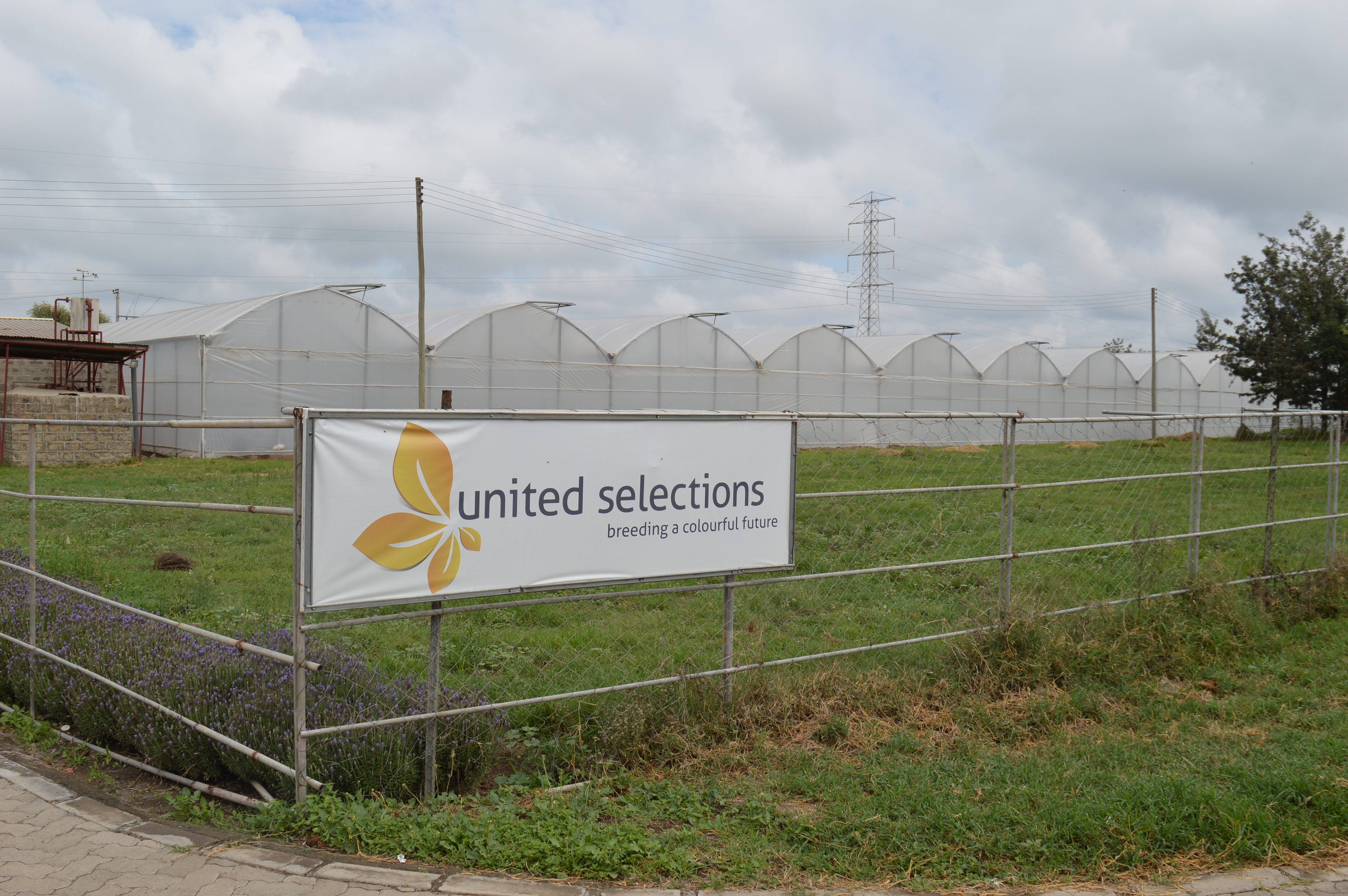 The greenhouse of United Selections is based next to Panda Flowers at the Flower Business Park at an altitude of 1,800m. In May 2018, the first plants were planted in this greenhouse. The reason for setting up this greenhouse at this location, besides their high altitude location in Nakuru (2,150m) is that they can focus more on their lower altitude varieties and be closer to where the majority of their rose growers are based. 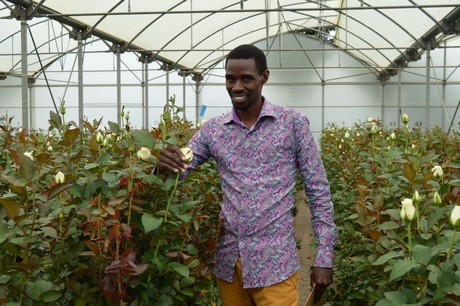 Crop Manager David Kibet showing their new promising variety Snow White. According to Kibet, this variety has a good color, production and vase life. They have high expectations for this variety. 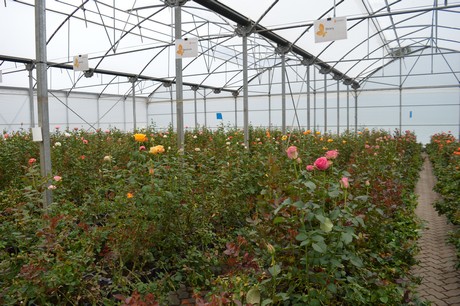 The show house, where 48 varieties are on display. So far, they are pleased with their decision to establish a greenhouse at this location. 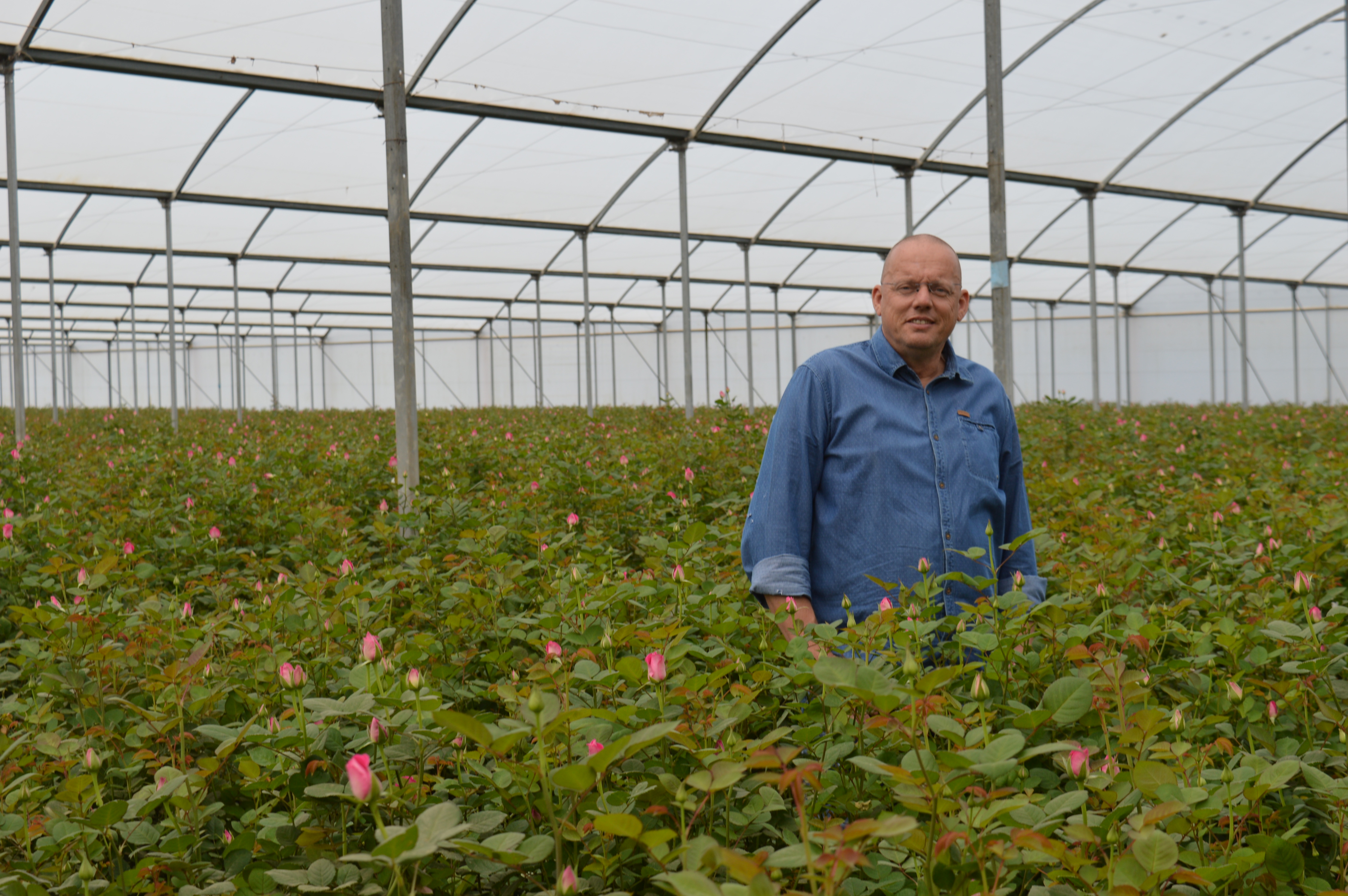 Jack Kneppers in the greenhouse. Together with his brother Richard Kneppers, he established this farm 16 years ago. They started growing roses on 12 ha and have grown to 46 ha - and they're planning to expand even further in the coming years. 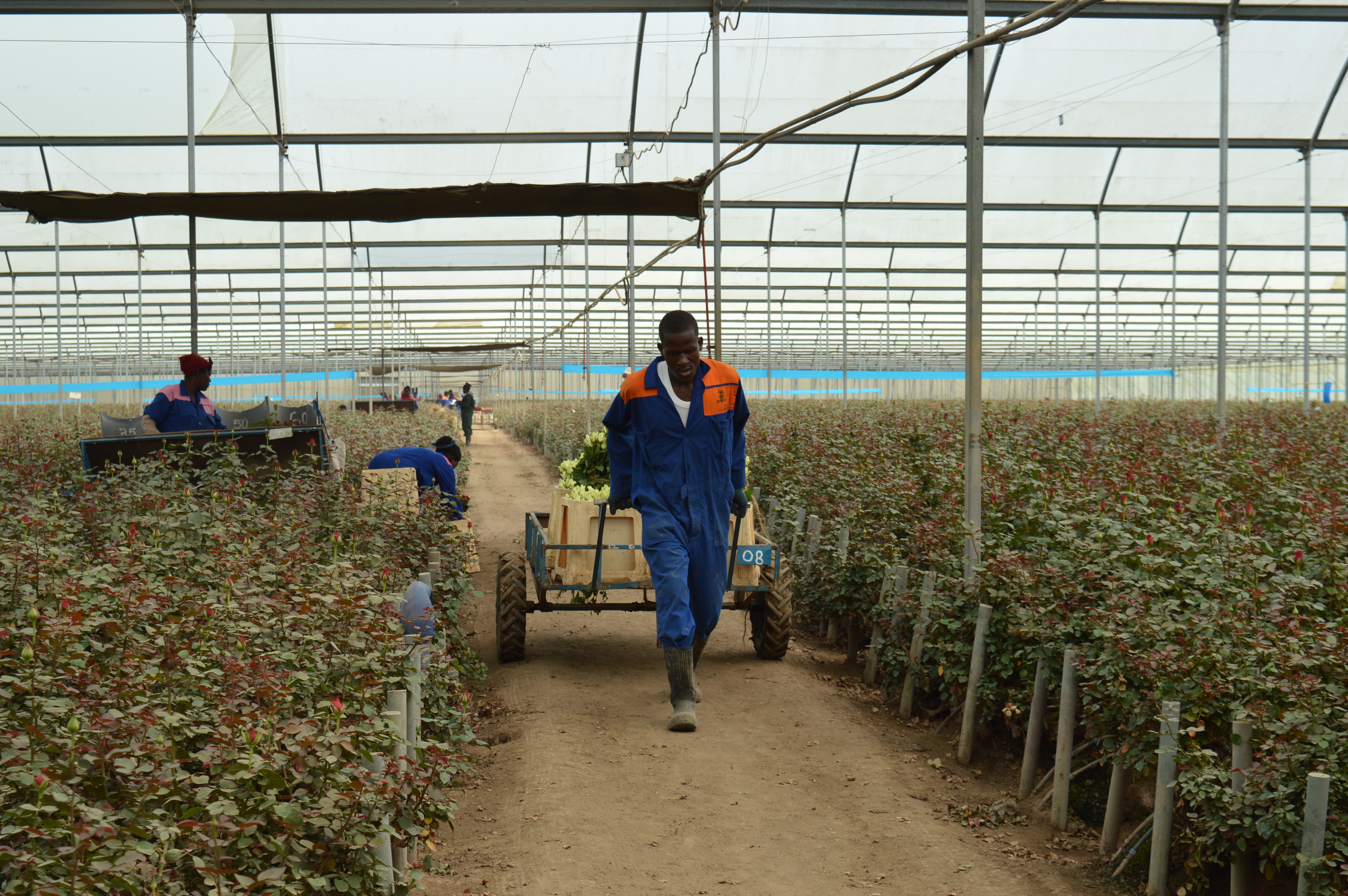 Workers harvesting the roses in the greenhouse. Over the years, Kneppers has seen the demand for certificates increasing. "Buyers are asking for it." So, currently they are KFC silver member, MPS A and in the process of gaining the GRASP certification. "People find it more important to know that the products they buy are produced under good conditions for the workers." 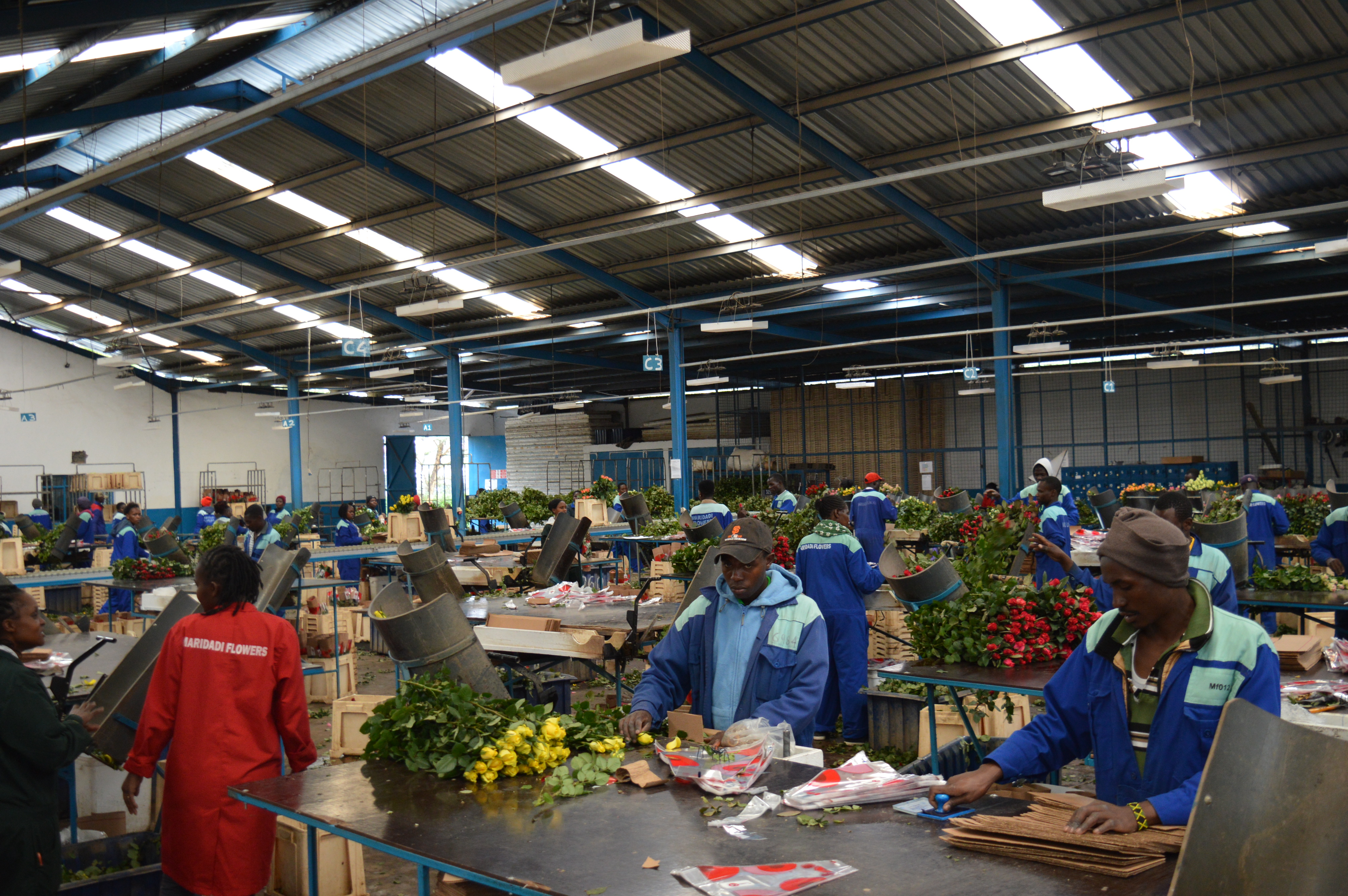 Grading area at Maridadi Farms. They supply their flowers to the FloraHolland auction in the Netherlands under the name Kneppers Rozen. 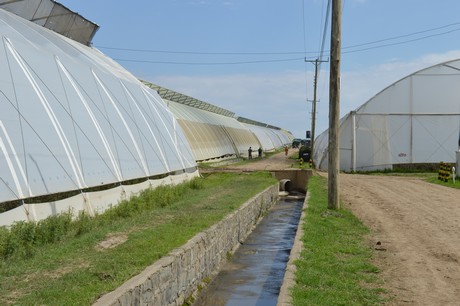 Rift Valley Roses is a relatively new farm, established 7 years ago. Reducing their carbon footprint is an important goal, and with the installation of their solar system, which was in the news recently, they make steps in the right direction. But this farm does more, and FloralDaily was at the farm to see what exactly that entails. 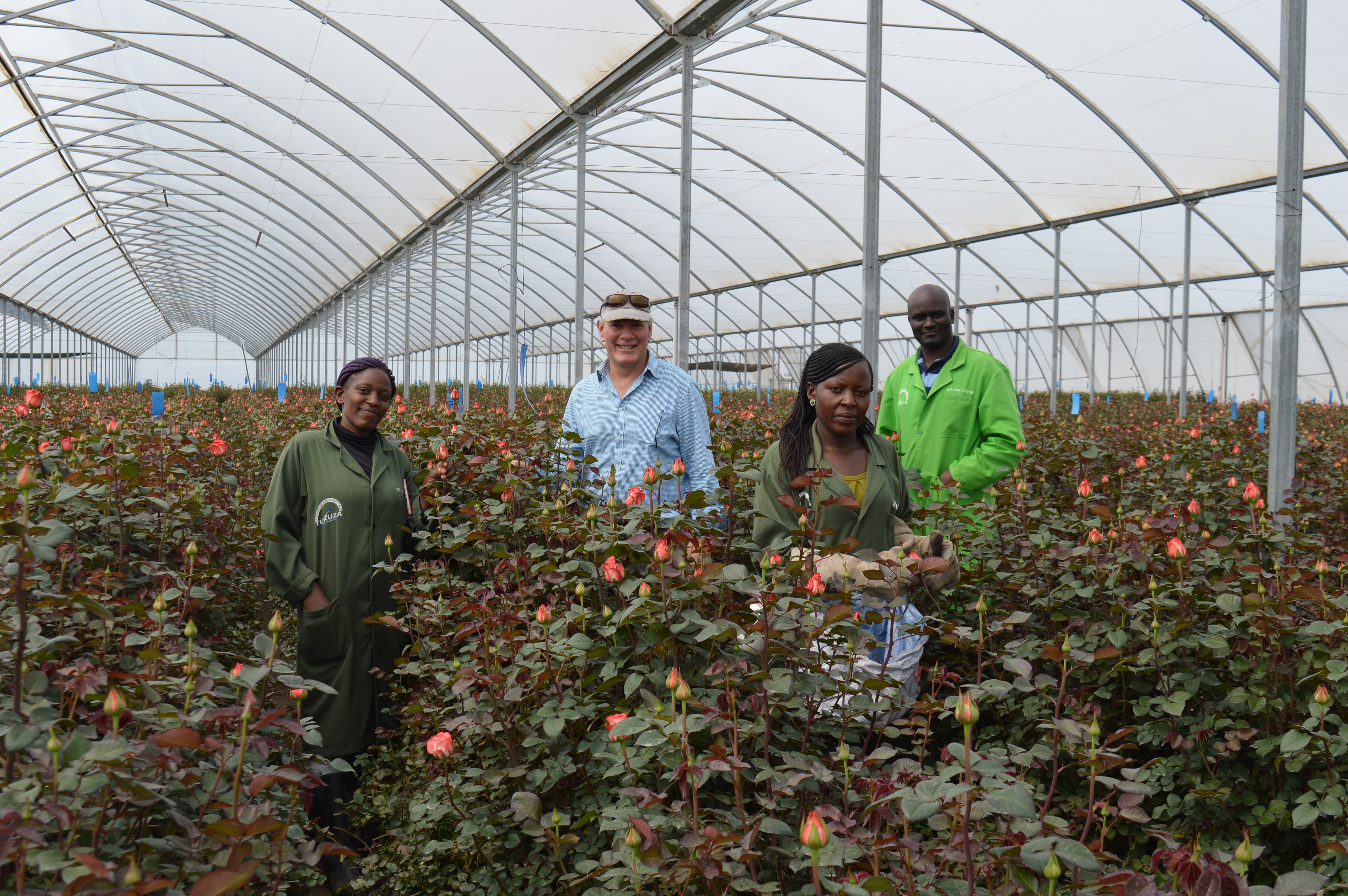 Owner Stuart Millar and Farm Manager Peterson Muchiri in the greenhouse with team leader Esther and Harvester Jen. Esther is responsible for 27 harvesters and is one of the moderators of the Kaizan concept. In this concept every individual is assessed to get everything out of them. This also results in data, which in turn enables the workers to improve their production and the quality of the crop. "Speaking with data" is one of their slogans. Another one is Tukuza - Tunaweza Kuboresha Zaidi, which means: Together we can constantly improve further. 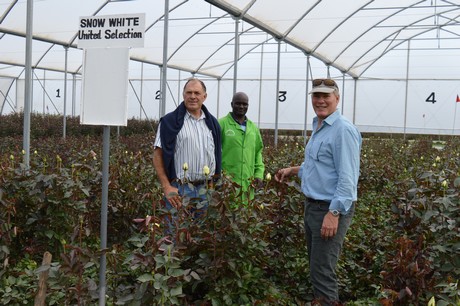 Gordon Millar (owner), Peterson Muchiri (Farm Manager) and Stuart Millar (owner) presenting Snow White, which they planted about 6 months ago. Just like the breeder United Selections, they have high expectations of this variety, In general, they are growing 18 commercial varieties and 4 semi commercial varieties on 24 ha, which will be 30 ha by the end of the year. The flowers harvested are sent to FloraHolland and unpacked and prepared for the auction by Fresco Flowers.