Turning the poinsettia into a trendsetter

Over recent years, the poinsettia has been able to increase its market share relative to many other plants. And while traditional buyers over 65 are still crucial, younger generations are encouraging sales growth particularly among 30 to 40-year-olds whose purchases in Germany have increased by 12 to 25 percent, and consumers aged 25 to 29 are showing signs of catching up. (Source: consumer research panel Gesellschaft für Konsumforschung (GfK))

This comes as no surprise to Stars for Europe (SfE), a marketing initiative of European poinsettia breeders Dümmen Orange, Selecta One, Beekenkamp and Syngenta, supported by MNP Flowers. They are 'actively refreshing the plant’s image as on-trend, and therefore appealing to both traditional and younger consumers’, explains Dr Susanne Lux of SfE. 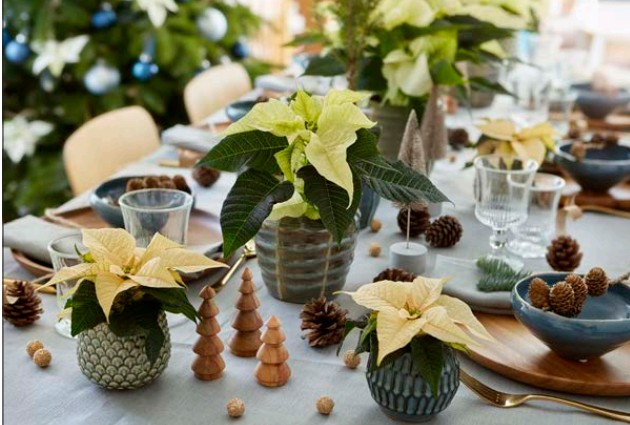 47% market share
SfE is currently active in 16 European countries, but the campaign’s current market data is focused around Germany, since Germany is the biggest market in Europe. "In the winter season of 2018, poinsettias again became the most dominant flowering indoor plant and last year its market share grew from 46% to 47%. According to GfK’s panel, total expenditure on poinsettias has also increased in 2018 - by 2%. This is the result of a higher average price. Consumers spent an average of ten cents more per poinsettia than in the previous year."

Last year, the total quantity of actual poinsettias sold at consumer level was two percent lower than in the previous year. "However, this slight reduction is still significantly outstripped by the overall decline in sales of all flowering indoor plants in general - so poinsettia sales are still performing significantly better than other plants in the same group. In fact, statistics show that consumers are turning to larger plants, which is why the total expenditure is increasing. Thanks to this stable spend, over the last ten years the poinsettia has been able to increase its market share in contrast to many other plants.”

Opportunities for poinsettia sales
“Popularity of houseplants and biophilia among younger consumers has helped”, says Lux. “However, the poinsettia is still seen as a traditional plant by many. Which is why – on top of targeting traditional groups – our work also focuses on refreshing the plant’s image so that more people perceive it as on-trend. Re-introducing the poinsettia, with its array of colours and sizes that work in any interior style, to this younger, plant-loving consumer." 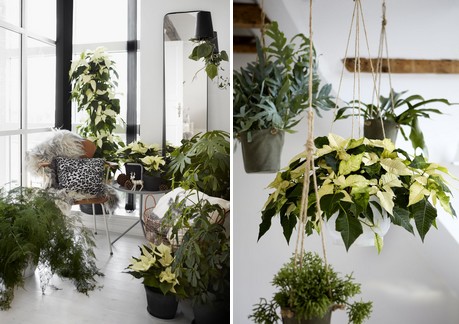 Some of this year’s images were produced to reflect the green houseplant trend.

This aims at the target group of “Family and Career Builders” aged 25 - 40, so-called because they are at a transitional phase of reorienting in life. “At this stage in life, there is significant scope for long-term behavioral patterns to take form.”

However, the older generations continue to be exceptionally important target groups for poinsettias, particularly “New Life Builders”, so-called because they are also at a transitional phase in life. This is a group of people reorienting themselves after finishing full-on parenting or when their working life is coming to an end. The powerful generation of current baby boomers are now in the New Life Builder phase, and each generation born around the mid 1960s can count between 1.2 and 1.3 million people; meaning their shopping habits are a key reason for change in demand. 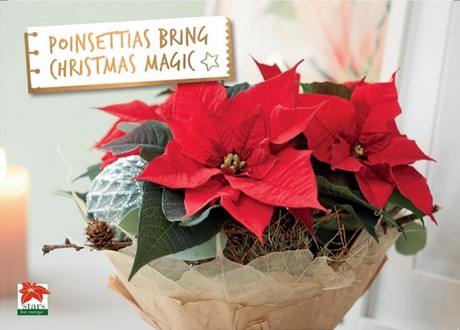 “Flower shops, garden centres and nurseries have more opportunities for upgrading plants, offering a wider range of varieties, and professional communication of care tips – all of which are important vessels for the sale of high-quality plants. These specialised retailers don’t always have access to large marketing budgets, so by providing attractive, eye-catching PoS materials, we can support them and help to grow their sales.”

Effects of POS material
A lot of retailers order and download the materials every year. In Germany, SfE sells and delivers printed materials direct to retailers and in 2018, about 350 banners, 1,000 posters, 40,000 care tips, 19,000 gift cards, 12,000 advent calendars as well as 13,000 mini magazines were sold for indoor use. About 60 extra-large sized materials were also utilised for outdoor use, for example on billboards. 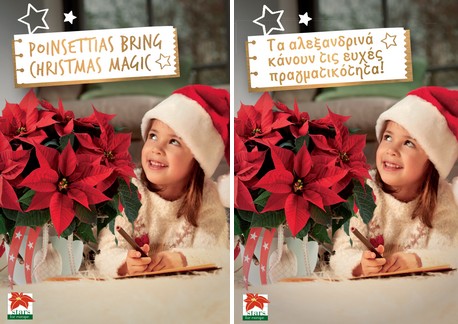 Poinsettias bring Christmas Magic
The concept and layouts of the PoS materials are developed centrally in Germany by the team at BLOOMs. Then, Stars for Europe's partners in all countries translate and adapt the slogan to become relevant for each target market. Lux explains how they have chosen this year’s slogan. “This year’s original German slogan is ‘Sterne machen Wünsche wahr!’ which directly translates as ‘Stars [Poinsettias] make wishes come true!’. The thought process behind this is that Christmas is a wonderful time filled with magic, light, surprise and joyful emotions. For children, it’s a time of miracles, when wish lists are written, collected by angels or Santa’s elves and dreams come true. Some believe you can wish upon a star, and since in Germany the poinsettia’s name is literally translated as “The Christmas Star”, we’re showing that poinsettias can make wishes come true too. ‘Poinsettias bring Christmas Magic’ is the English slogan adapted for UK, encapsulating the joyful and immediate connection that exists between poinsettia and Christmas.”

SfE Campaign Results
“With activities in 16 different countries, the results of last year’s campaign created by each of our country partners are very varied. For example, in Germany over 2,500 clippings were generated including 29 TV broadcasts and over 1,800 in print media. The UK campaign included collaborations with iconic brands such as McQueens Flowers, competitions, and feature placement in national and regional media. Our Polish partners ran 25 different media collaborations including partnerships with leading magazines, TV, radio shows, and online influencers. In Italy, Instagram influencers are also a successful target group where we’re generating a potential reach of over 700,000 young and engaged people.”