"Fortunately it did not affect the production"

After storm Brendan razed over the nursery and damaged the roof of the glasshouse of Caernarfon based Seoint Nurseries on Monday, things have calmed down and all is just like it was before. "Fortunately, it was just a small section of the roof and the production was not interrupted", says Neil Alcock Managing Director at the nursery.

On Monday, Alcock shared a video of the storm arriving at the nursery on his Twitter page:

The storm crossed the nursery and left a footprint; namely damaging a small section of the roof, but fortunately the production was not interrupted. "Our glasshouse is set in different sections and luckily, the propagation section, which is very busy at the moment, is unaffected."

On Tuesday, after the storm, the damages to the roof had been repaired and everything is back to normal again. This time of the year is the most important year for this plug and liner producer. "We have deliveries from Uganda and Israel coming in weekly at this time of year, these need processing and sticking immediately so we cannot afford to stop." New and unusual varieties are their specialty, and they ship these across the UK and Europe on a weekly delivery service. 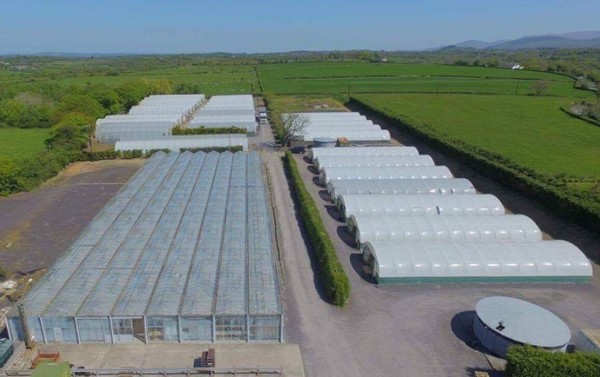 Storm Brendan
The eye of Storm Brendan swept through Britain on Monday, the strongest gust of 87 mph recorded in the western Isles, The Sun reports. However, it does not seem to be over yet as more rain and strong winds are expected today and into the evening.