Danish Jakob Christensen of Fashion Flowers is still in the middle of his aeschynanthus season, and when it ends in April, he usually shifts the production of bedding plants. And this year, he added a new crop to the assortment, namely canna.

Mother stock - outdoors
"We took over the mother sto

Available from April
Before starting commercial production, Christensen first trialed the variety and the demand for it. "Last year, we did some test production, and we were not only pleased with the plant itself, also with the reactions it received." From April, five canna varieties will be available and will be mainly distributed in Scandinavia. "The production is still small, so we will see how it will develop and if we will ship to the rest of Europe as well." 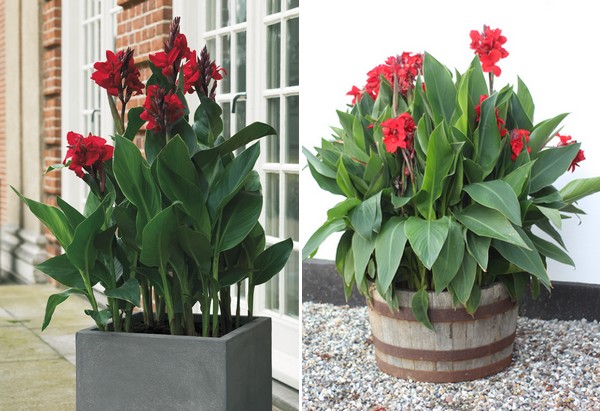 Bedding plants
The cannas will be grown in the same greenhouse where the bedding plants and aeschynanthus (also known as lipstick plants) are grown (28,000m2 in Odense). "We produce aeschynanthus all year round, but the main production season is from the middle of December till April. Then, we shift to bedding plants. We are known for our 6-packs of Dahlias and Osteospermums which we supply all over Europe."

Aeschynanthus
So, currently, Christensen is still in the aeschynanthus season. How is this product doing right now? According to Christensen, it is doing a bit better compared to last year, and this is mainly due to the weather conditions. "It has been quite warm, so people easily bring home plants than when it is freezing."