A special week for Aris Horticulture, who was not just attending the TPIE show in Florida last week, but also marked their appearance as a kick-off for the 100th anniversary of the company. 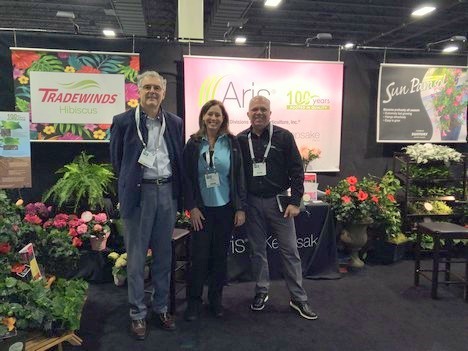 In 1920 the company was founded as Yoder Brothers and became known for its chrysanthemum breeding and genetics. In 2008, the name was changed to Aris Horticulture, Inc.. Divisions of the company include Aris Keepsake Plants, a potted plant line of Tradewinds Hibiscus (Aris genetics) Keepsake Azaleas (Aris genetics), HBA Hydrangea, Suntory’s Sun Parasol Mandevilla and more including garden mums, ferns and other seasonal products. 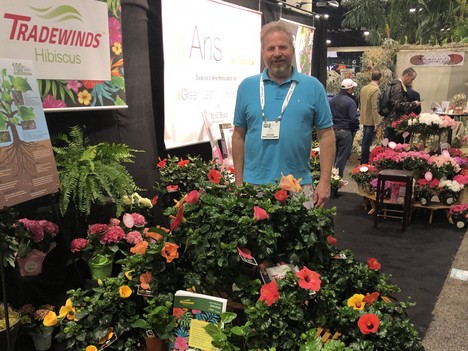 A customer visiting the booth with the potted plant line of Tradewinds Hibiscus™ with Aris genetics. 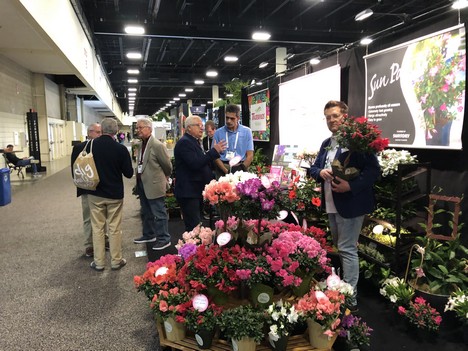