Improving the feasibility of limonium for exports to distant destination markets

Limonium, a.k.a. Statice, Caspia, Sea Lavender, Misty, or Marsh-Rosemary, is one of the world’s 20 top-selling cut flowers, many of the  120 -150 varieties are endemic to the Mediterranean region. Symbolizing fond memories and sympathy, it is often part of memorial wreaths, bouquets and floral arrangements at reunions of old friends. Limonium is an honored guest at different kinds of celebrations as it is also associated with success. Mostly a filler, it is known for maintaining the color of the calyx even after it dries.

Besides its papery look and the decorative properties of its winged stem, it is edible and used in herbal remedies as an astringent, depurative and decongestant.

Israeli breeders and growers have played a major role in the development of Limonium varieties for commercialization world-wide, including varieties such as the Limonium altaica Safora Dark Blue developed and patented by Danziger of Israel, a global leader in breeding and production of bedding plants and cut flowers for over half a century.

Gadot Agro, with it’s T.O.G. cut flower care line of products and Long Life flower food, have been an integral part of this effort, significantly improving the feasibility of these flowers for exports to distant destination markets.

Flora Toscana, a cooperative of flower growers based in Pescia, Tuscany, asked the researchers of CREA to help them find treatment protocols to improve opening, prolong life of the flower and prevent yellowing of leaves and stems during the pre and post-selling periods for the Limonium sinuatum and Limonium altaica hybrid species.

A series of trials were conducted by Domenico Prisa, Maria Castellani, and Gianluca Burchi of CREA together with Shimon Meir, a veteran researcher of the Volcani Center, to evaluate various post-harvest pulsing treatments with Gibberellin followed by refrigeration. 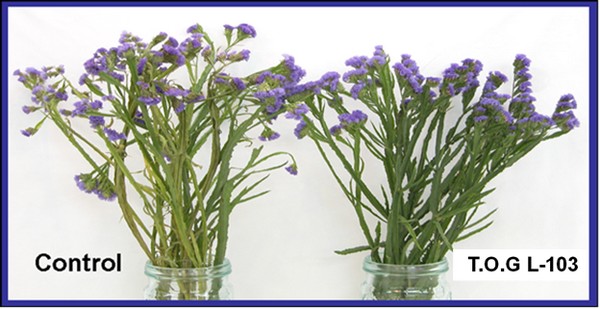 ulsing treatments with Gibberellin-based T.O.G L-103, a product developed by Gadot Agro of Israel, effectively delayed the appearance of leaf yellowing. In fact, after 6 days in a vase, no signs of foliar senescence were present. Throughout the treatment with T.O.G L-103 and Long Life SG, blooming was extended for 4 additional days compared to other treatments. (all trial results were published in Italian magazine IL Floriculture Magazine of 2018 (In Italian))

"This is one more reason why breeders and growers trust Gadot Agro’s products to preserve and enhance the beauty of their flowers while caring for them all the way, from the farm to the home", Gadot Agro states. 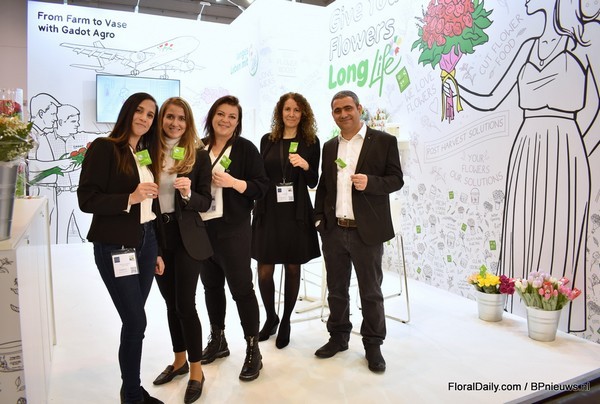