‘Lean’ times for landscaping in Australia?

For wholesale nurseries specialising in ornamental lines for landscaping clients, COVID-19 has resulted in business uncertainty. However, the landscaping industry is quietly optimistic that the worst may be over.
by Gabrielle Stannus
When COVID-19 initially broke out in Australia, Carl Heyne, General Manager of Heyne’s Wholesale Nursery, saw an initial spike in business. His residential landscaper clients, uncertain of what the lockdown meant, brought jobs forward, working overtime to complete projects whilst they could. However, whilst jobs in the immediate future were being sped up, Carl found that medium term jobs were being delayed or cancelled and request for quotes dipped.
In NSW, Marc Patterson, Manager of Kenthurst Nursery, was experiencing a similar change to orders from landscapers, which normally account for 80% of his business. “There was a sharp downturn for about a week or two in early March, and then all of a sudden it just took off,” says Marc. However, he is now finding that landscapers are downsizing orders: “Instead of a hundred litre Tristaniopsis for example, they're cutting it down to 75 or 45 litres.” 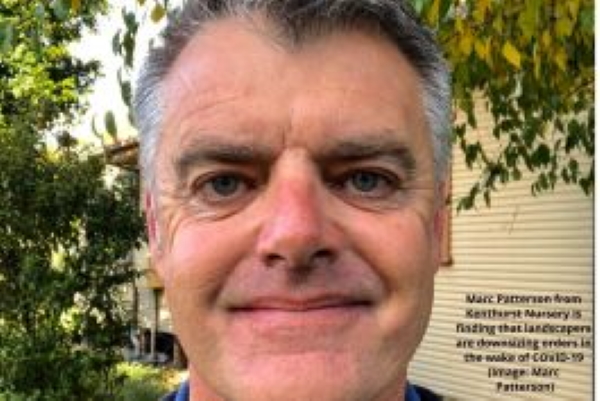 With COVID-19 restrictions still curtailing economic activity across the country, both Marc and Carl are extremely concerned that they will be left with landscaping plants expiring on the shelf.
How is the landscaping industry faring?
Megan Flower, Executive Officer of Landscaping Victoria Master Landscapers, however, says her members are quietly optimistic about the future.
“The first three to four weeks after COVID-19 restrictions were imposed were very uncertain. A lot of landscapers that I spoke to said that they were still working. There was an initial panic by some clients who postponed jobs because they didn't know what the future held for them. They were potentially worried about losing their jobs. There were a small number of contracts that were cancelled altogether,” says Megan. Rather than pulling out of jobs altogether, Megan says that landscapers looked for ways to reduce costs, e.g. reducing plant sizes or delaying planting, in order to keep their staff employed. 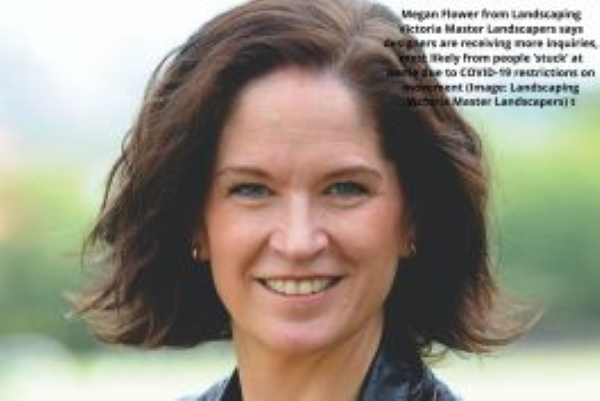 Megan says that many of her designer members have recently reported receiving more inquiries. “I think that was because people were stuck at home. They were sitting in the temporary office or if they are lucky to have a study, looking out the window thinking ‘Gee, the garden looks terrible! We’re going to be stuck here for a while. Let's do something about it,” says Megan.
Julie Krieger, Chief Executive Officer of The Landscapers Association in NSW,says that her residential landscapers seem to have a pretty strong pipeline right through till June-July. “Their clients are less likely to have been impacted in an earning or a job security capacity by COVID than the lower income bracket demographic. They've currently got more spare cash as they are not going to restaurants or travelling overseas. And they don’t have the same level of job uncertainty as other sectors of the community have,” says Julie. 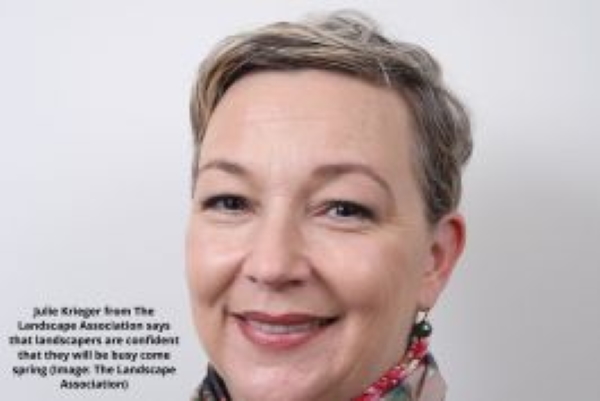 “Although residential landscapers are having to work harder to get contracts across the line, they are still doing it. Some of them have said they are a little bit worried about the July to September period because they don’t already have jobs booked in. Even so, they feel like September to Christmas is still going to be crazy busy,” says Julie, “Nobody is coming to us saying, ‘I've had to lay off three quarters of my team’. We are quietly confident that they are going to ride it out.”
Julie and Megan both say it is too early to tell how larger commercial landscaping projects will pan out as these jobs are typically locked in six to twelve months in advance. Interestingly however, Greener Spaces Better Places conducted a 'Pulse check' in April 2020 of Government greening at the time of COVID-19. 60% of respondents said that Urban Greening (including tree planting, maintenance, potted colour displays), and other capital works projects like new parks have been considered ‘essential’ and expenditure will remain the same or be brought forward.
Maintenance downturn
Meanwhile, other members of the landscaping industry have felt the pinch more keenly. “Commercial maintenance has probably been more affected by COVID-19 than construction,” says Julie. “Early on there was a lot of postponement, shrinking or cancellation of contracts, particularly those jobs where maintenance people would be working in public spaces. These sorts of contracts were quickly impacted as councils and government bodies decided that they didn’t like the optics of having people out working in public spaces. They may have also felt a financial imperative to cut costs.” Megan concurs, adding that many facility owners decided that it was a moot point to have maintenance being carried out when their facilities were not going to be looked at.
The forecast?
“As dire as things seemed when this first happened, there was definitely this uplift and a lot more positivity that things would not be as bad as people thought. The positive thing for our industry is that people stuck at home now know that their patch of dirt literally is their castle. That's what we are capitalizing on at the minute,” says Megan. 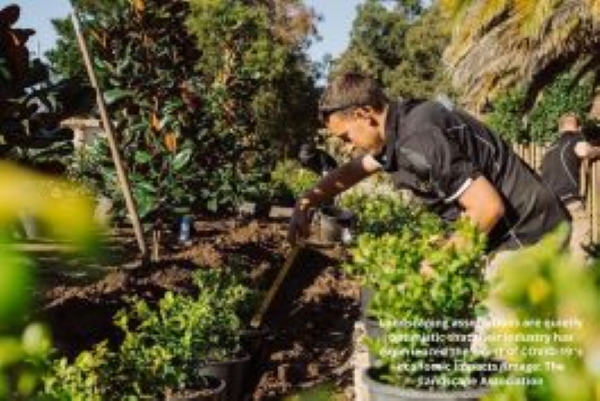 “Now that we're starting to see the lifting of restrictions, even here in Sydney, the consumer confidence will start to lift a bit more,” says Julie, “With any luck, people will start to be making those decisions more freely again about renovating their home garden or government infrastructure projects.”
For more information: