Heuchera ‘Fire Alarm’ found itself the center of a contentious challenge in which contestants created giant plant displays using primarily evergreen plants. Contestants Sarah Campbell and Jordan Marx took the entire supply of Heuchera ‘Fire Alarm’ available in the shared greenhouse for the challenge, and they used the plants for the red hat of a giant evergreen gnome. Competitors Andrew Whittle and Ryan Lanji took issue with this maneuver, and the ordeal ended with an argument regarding the distribution of red heuchera for the challenge.

“When Sarah contacted me for more information on our heuchera, I knew she would be creating something special,” said Dan Heims, president of Terra Nova Nurseries. “When you’re looking for a bright-red perennial with great foliage, there are few better options than Heuchera ‘Fire Alarm’.”

Heuchera ‘Fire Alarm’ is bright red in spring and fall while darkening to a brown-red during the summer. It is a hybrid of H. villosa and has thick, leathery, red leaves that make a delightful medium-sized mound. Heuchera ‘Fire Alarm’ complements almost every section of a gardens’ color palette, but it can also stand on its own without question. 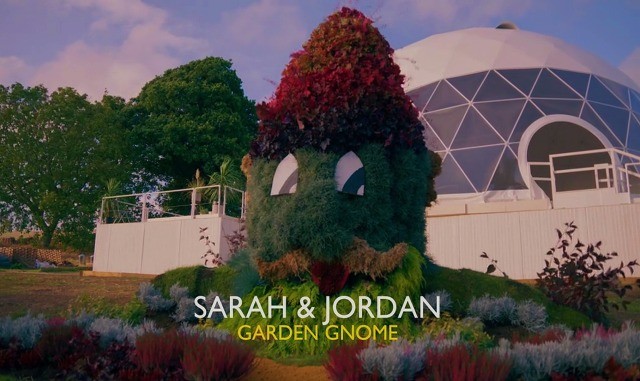 Heuchera ‘Marmalade’ has rich, shiny, undulating foliage that ranges in its color from umber to deep sienna. It possesses all the shades of British Jam and can blend with nearly any color in the garden. Heuchera ‘Marmalade’ stands up well to inclement weather, performs well in both sun and shade, and is a robust landscape choice.

Heuchera ‘Obsidian’ is one of Terra Nova Nurseries’ top-selling heuchera. Its black appearance does not fade, and its shiny, broad and rounded leaves almost appear as black satin from a distance. It is considered by many to be a fool-proof choice because of its consistent performance under a variety of garden conditions.

Heuchera ‘Paprika’ has large, warm and glowing cherry-coral foliage. It has all the appeal of a tropical plant and a robust growing habit. This hardy, temperate plant performs well in the Deep South, and it is both a both a pollinator and hummingbird attractor.

“The Big Flower Fight” is a brand-new show from Netflix. The show features 10 pairs of florists, sculptors and garden designers who compete in a new challenge each episode to construct thematic garden sculptures. The challenges they face push them to create large and very detailed garden sculptures made of various grasses, plants and mosses.