NL: "The old greenhouse is removed and the ground is prepared for construction"

In a new episode of Havecon's column "Client speaks ...", they had an interview with Hans Hendriks. Together with his brother Ruud they are santini-growers in Baarlo in Dutch (North) Limburg. Havecon will be responsible for the new expansion of more than 3 hectares, for which construction will start shortly. 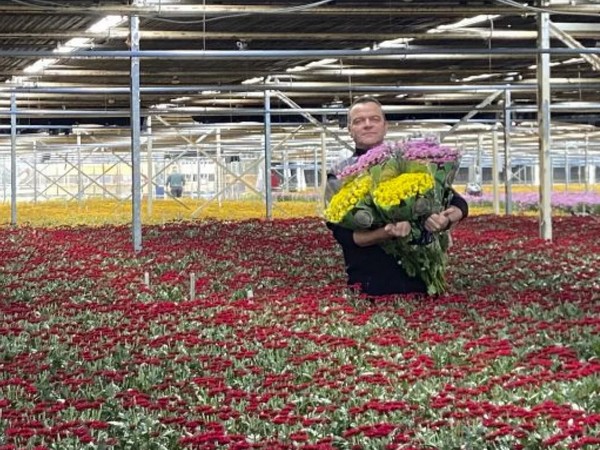 Can you tell us something about the history of your company, Hans?
“Our grandparents founded the company in the late 1940s. At one point our father took over and with a number of expansions in the 90s the company was about 7 hectares in size” says Hans. “Business was going quite well. But that things can change all of a sudden we found out in 1997. My brother Ruud and I had just joined the company when our father passed away very suddenly. He was only 61 years old at the time. A huge blow to all of us, but you also know immediately: we have a company to run, we have to move on”.

How did you fare after that?
“We picked up the thread together with our mother. In 2007 we were ready for a new expansion. This was then built with one of your colleagues from the Westland. Funny to tell is that the coordination was done by Simon van Eendenburg, who now works for you as a site manager in North America. ”

And then, some 13 years later, the next expansion came into view.
“That's right. It was with pain in our hearts that we had to decide the 1 ha greenhouse had to be demolished. It stood there for 43 years, but it was really time for a new and modern one. We already had contact with Henk (Verbakel, ed.) before, even in the time of Greentex. That is why Havecon ended up on our preferred supplier list . It soon became apparent that we had the best feeling with you guys. Not in the least because of the unbridled efforts of your salesman, Ramon Bol. And now the time has come. The old greenhouse has been removed, the ground has been prepared for construction and the piles for the new greenhouse will be pressed soon ”.

What will be the further planning, Hans?
“You publish this interview on Friday the 20th, right? Then they will have just started leveling the soil. If the weather also lasts a bit, the foundation will be laid beginning of December. And with not too much rain falling, the steel construction starts just before or after Christmas”.

Great things to come! You already mentioned that the good contact with Havecon was the deciding factor for you to choose us. How good to hear!

Hans: “With us, a lot is based on inner feeling. And that must be good. Especially if you are going to invest in a substantial extension. You want to accelerate, but it has to be deliberate. Everyone we spoke to at Havecon during the purchase process and also in the preparation phase confirmed our feeling. They are very personal and communication is open. That gives us confidence. We are therefore looking forward to further cooperation! ”

More information about this project can be found on the special project page, see link below.

Photos and drone videos of the progress of construction will be regularly posted on this page in the near future.