Ira and Menno Yoder established the company as Yoder Brothers located in Barberton, Ohio. They purchased the business from an agricultural industrialist, O.C. Barber who captured a leading position in the world’s match business, with an idea to bring industrial methods learned in agriculture to vegetables, mushrooms, and flowers. Through scientific methods, technologies were used to develop the Chrysanthemum into a year-round, worldwide crop. From there, the company became a global leader in mushrooms and horticulture. Expansion touched many parts of the globe, including Florida, Pennsylvania, Ohio, South Carolina and California in the U.S., Ontario, Canada and European Union countries: England, Denmark, Germany, Holland, with production facilities in Kenya, Colombia, and the Canary Islands. 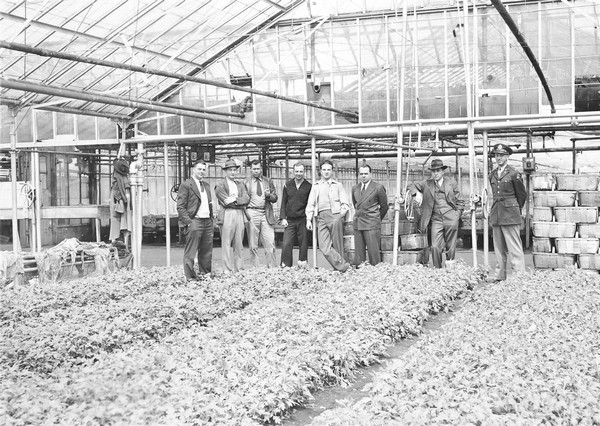 The knowledge gained over the years has been applied to many other crops, including Azaleas, Hibiscus and Perennials. Making things better has been a driving force for the company. Businesses were bought and sold as markets changed, including globalization.

Today what began as a sustainable agricultural farm is now one of the largest, diversified vertically-integrated greenhouse operation in the industry. The corporate office remains in Barberton, with growing locations in Alva and Fort Myers, Florida; Lancaster, Pennsylvania; and Leamington, Ontario in Canada. Total growing space is 2.03 million square feet of covered greenhouses; 2.75 million square feet of shade houses and 435,000 square feet of outdoor production. Employment during peak times has probably been as high as 3,000 dedicated individuals. 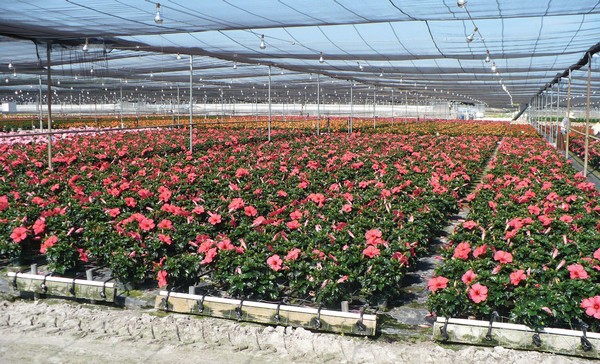 Innovation and adaptability are core competencies of the company, along with its dedicated, hardworking employees. Over the years, product lines and production standards have evolved to meet the changing market needs, making Aris a diversified, vertically integrated and profitable business.

Asked about plans for the future, Scott Schaefer, Aris CEO said, “I can see nothing but continued opportunity for growth and development in fulfilling our mission to provide industry-leading quality and service at competitive prices through Aris’ distribution system.”