International Women's Day is widely celebrated with flowers in Russia on March 8. However, this year the transport is delayed and there is even a shortage of flowers. The flowers that usually enter Russia via Belarus are halted at customs and are being let through or not for unknown reasons. Russian wholesalers are aware of the situation and therefore started importing their flowers early, even before Valentine's Day. This is explained by Warja Abrosimova of Dekker Chrysanten who is frequently in touch with the Russian traders. 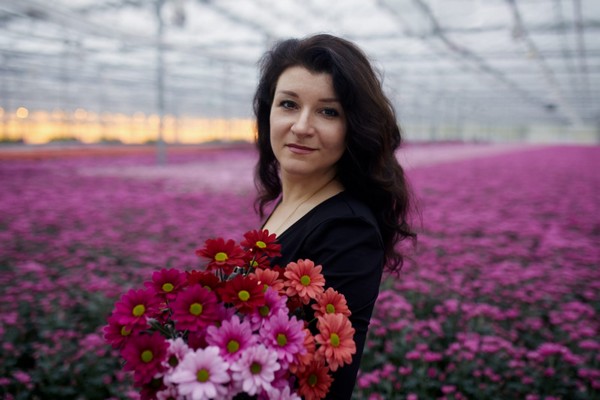 Delays and even flowers discarded
The route via Belarus is often chosen as it is a bit cheaper and faster to clear the flowers than via Moscow. However, this route, via Belarus, can now cause problems while one now, due to the political differences between Russia and Belarus, has to wait longer and they are not sure of their shipments can pass or not. The reason for the decision to let a truck pass or not is unclear." As a result, more transporters are deciding to let their flowers enter Russia via Moscow. However, then the queue for customs clearance becomes even longer. "Usually for Women's Day, the queue is longer than usual. Now, a truck might have to stand there 2 or 3 days extra."

Earlier shipping
For Valentine's Day, the wholesalers already were short in flowers due to the situation in Belarus, explains Warja, and they are doing their utmost best to have the flowers for Women's Day - the largest floral holiday in Russia - in on time. "Many started shipping their flowers early, from February 12 already. Usually, the wholesalers have a buffer, but they won't have this year."

High prices on the clock
The demand for flowers is high and that is visible on the clock. "The flowers are doing well. Last week and this week, the prices of the spraychrysanthemum, a popular flower to give, was 15 to 20 percent higher than usual. There is a shortage of flowers - traditionally, the Russian men gives flowers to every women he knows - and the wholesalers are worried that they won't be in on time."

Via her Instagram account (@warja_abrosimova), Warja is often in touch with traders and florists in Russia. On a daily basis, she makes livestreas and tonight, at 6pm, she will have a live stream with Russian florists.