UK: "Depending on the timescale, it will become a challenge to fill the gap that is left by peat"

For about two decades now, the UK government is pressing on the reduction in quantity of peat used for commercial and domestic horticultural purposes, but since Bord na Mona decided to end all peat extraction on its own land, it made people realize that the end of peat is really real now. "Depending on the timescale, it will become a challenge to fill the gap that is left by peat," says Catherine Dawson of Melcourt, a peat-free growing media producer in the UK. They are a relatively small player in the industry, but are very active in the Growing Media Association and are very involved in finding new sustainable alternatives.

Increasing demand for alternatives
Also at Melcourt they have seen the demand for peat alternatives in growing media increasing. "The company was formed in 1983. We never sold peat, but we sold products that could be used to ameliorate peat. Also, at that time, the peat debate had not really started, but as soon as it did, in the late 80's, the founder decided to start producing growing media, so supplying a ready to use product instead of an additive. We spent 10 years in developing alternatives and in 2001, we've introduced our own Sylvamix® range for the professional industry. Over the years, we have seen the demand growing steadily." 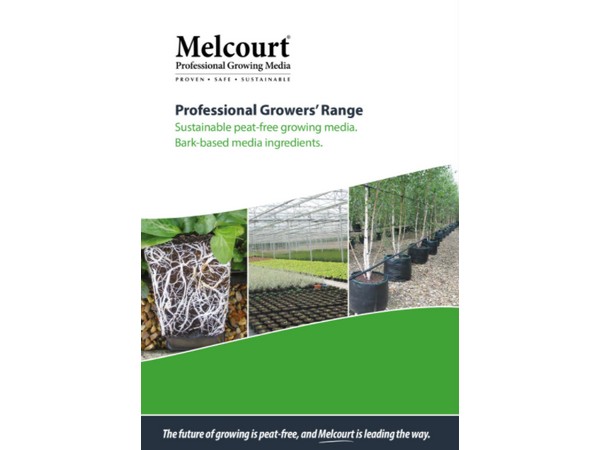 Retail market is booming
In 2014, they started to sell their products - same quality - into the retail market as well and demand rose sharply. "Our retail range has really overtaken in size in recent years. Nowadays, we sell more to retail than to the professional industry." An important reason for this increase in demand for peat alternatives in growing media was the target set by the government to phase out the us of peat by amateur gardeners and some leading growers becoming customers, thus demonstrating to others that commercial peat-free production was entirely possible.

And particularly last year, Melcourt noticed a sharp increase in demand. "Last year, due to the pandemic, many people were stuck at home, the UK gained 3 million new gardeners. Since, and even before online, the garden centres opened in May, they saw a massive increase in sales to retail."

Also for this year, Dawson's expectations are high. "Given that we are coming into the big gardening season now and the fact that the garden centers are open, we expect sales to be equally as good as last year. Even online - compost is an expensive product to send - sales are booming and people seem to be happy to pay the price to deliver it to their door."

Challenge to fill the 'peat gap'
Melcourt is very active in the Growing Media Association and are very involved in finding new sustainable alternatives. According to Dawson, finding alternatives and enough alternatives can become a challenge the coming year. "Bord na Mona stopped the peat extraction on its land, but it will have enough reserved for this year. However, depending on this timescale, it will become a challenge to fill the gap that is left by peat. We at Melcourt are not worried as we get the materials we want, but as an industry nationwide, it will become a challenge." For this reason, Melcourt is actively looking for new sustainable alternatives. "When people see the opportunity, a lot can get done and that is how progress happens, isn't it?"

Webinar
Eager to learn more about alternatives to peat? In a webinar, that will take place on March 10th, organized by Chartered Institute of Horticulture, Dawson will give a perspective on growing media in the UK in 2021.