A spin around the world

It is International Women's Day! In Russia and many other Eastern European countries, the men traditionally give flowers to every woman they know and in Italy, Mimosa is the signature flower for Festa Della Donna, as they call it. However, also in other countries, the day is increasingly more often celebrated. Although florists will still be busy today, the other links in the chain the Women's Day rush is over. And it seems to have been a good year. The prices at the Dutch Royal FloraHolland auction have been remarkably high. Also growers and wholesalers in Ukraine, Poland, Italy, Turkey and Vietnam seem to have had a good holiday. 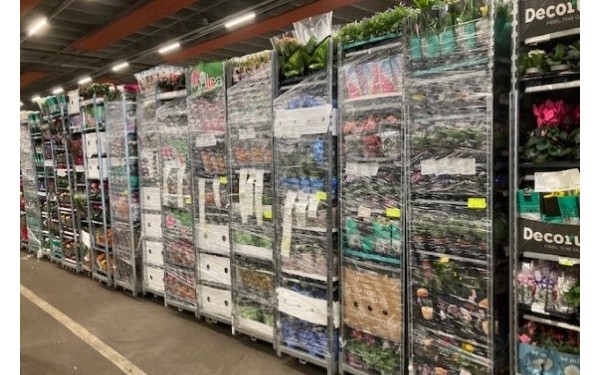 High prices at the Dutch auction
Enigma Flowers Trading, a Dutch trading company that is specialized in the trade towards Eastern Europe, mainly Russia, and they are celebrating their 25th anniversary this year, summarizes the holiday this year as expensive. “The prices at the Dutch auction were extremely high this year. Therefore, Royal FloraHolland have had a record turnover, but also for the growers business was good. Chrysanthemums at 75 euro cents per stem is a lot. These are the peaks, but across the board, for other flowers and plants, the prices have been good. On top of that, despite the Covid-19 measures more has been sold than in 2020. In our stock, we've had extremely high amounts of the main products (rose, chrysanthemum, lily, tulip, gerbera, phalaenopsis, pot rose, pot chrysanthemums) and a lot of other flowers," explains Enigma's Vincent Molleman.

This year, the orders were in later than usual, he continues. "This because our clients could not really estimate the sales, due to the COVID-19 situation. In turn, logistics were a bit more complex this year compared to other years."

Not all orders came late this year. According to Warja Abrosimova of Dekker Chrysanten who is frequently in touch with the Russian traders, Russian wholesalers started importing their flowers early, even before Valentine's Day. This to allow enough time for the shipments to pass customs, she told us.

Russia doubled Flowers import and production
Every year, Russia imports many flowers for this important holiday. However, if it is more than last year, opinions differ. FlowersExpo reports that the supply of flowers from foreign suppliers has decreased, whereas Republic World reports that the imports since mid-February doubled compared to last year. In this article, it is stated that more than 9,000 tons of flowers crossed the Russian border since mid-February. "The top four countries of origin were the Netherlands, Ecuador, Kenya and Colombia." In total, 120 million flowers have been imported, Republic World reports. However, also the Russian growers have had busy times, 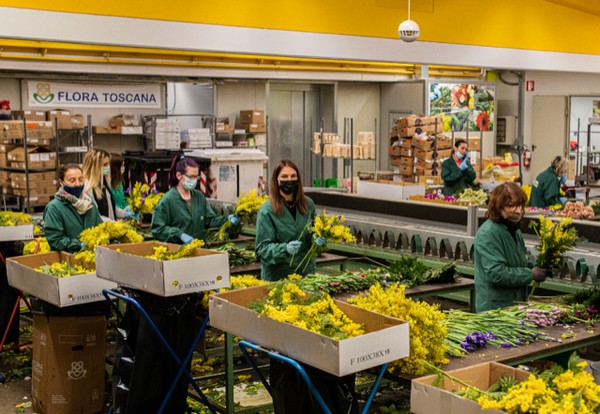 Processing of Mimosa at Flora Toscana

More mimosa sold in Italy
In many countries, Women's Day is celebrated by giving and receiving all kinds of flowers. However, in Italy, this holiday, also called Festa della Donna, is traditionally celebrated with mimosa. Men give the women in their lives a bunch of mimosa or a bouquet of flowers that should include mimosa. At Flora Toscana's bouquet making department, they have been working several nights in a row to supply supermarkets and this year, they have increased the number of bouquets handled by 9%. "We have handled about 450.000 bouquets of mimosa, 9% more of the year before due mainly to a wider and appealing assortment."

Processing of Mimosa at Flora Toscana

The provision of all the material, however, was a bit more challenging this year. "The mimosa flowered earlier compared the past years." On top of that, they needed more space to work due to the healthy rules for the Covi-19 situation," says Flora Toscana's Export Sales Manager, Luca Quilici. 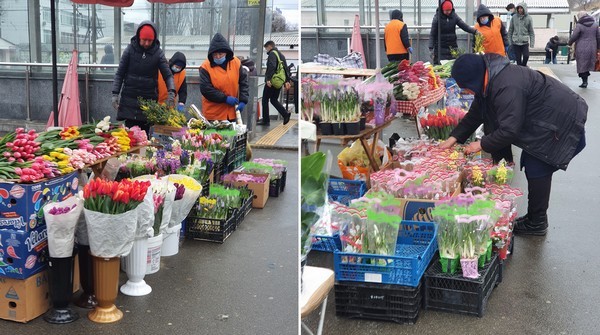 Locally produced tulips nr. 1 flower in Ukraine
In pre-Covid-19 times, John Elsgeest of FlowerCircus travelled Eastern Europe to give shows everywhere and to visit fairs and the trade to give an impression of the market. This year was a little different, but from his base in Kiev, Ukraine, he was able to take a look at the local wholesale business.

"In Ukraine, International Women's Day is increasingly becoming a spring festival in terms of flowers," says John. "The tulips clearly predominate, and a lot of them are produced locally. You also see a lot of potted spring flowers (daffodils, hyacinths, tulips and crocus)."

"Especially the street trade sells almost exclusively tulips. Flower shops also display many of their flowers outside due to a lack of space inside. Year-round flowers are also sold more than usual on 8 March.

All in all, the wholesalers did good business again this year. In the pictures, which John made last weekend at the wholesale market, you can already see many (almost) empty cooling cells (see more pictures at the bottom of the article). 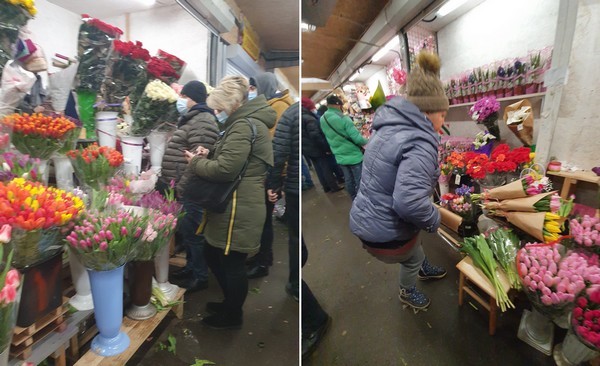 Busy at the stores in Kiev, Ukraine (below more pictures)

Flower prices up in Poland
On the biggest wholesale market in Poland called Bronisze a bigger  demand for flowers was noticed due to approaching Womens Day that is broadly celebrated in Poland, agroberichtenbuitenland.nl reports. "The most popular flowers for the celebration remains tulips. A big pack of 25 tulips costs ca 40pln (less than 10eur), but dyed tulips (blue tulips seem to be the most demanded) are more expensive."

Turkey exports 20% up
Also in Turkey, Women's Day sales have been a success this year. In the run-up to this holiday, producers have exported 60 million flowers, worth approximately $8 million, Anadolu Agency reports. Ismail Yilmaz, the head of the Ornamental Plants and Products Exporters' Association, told Anadolu Agency that they've increased exports by 20% compared to last year and he is convinced that the sector will reach their $125 million export target easily this year.

Vietnam - more online orders and higher prices
At Ho Thi Ky flower street in Ho Chi Minh, online orders increased significantly and the prices of fresh flowers on the market was higher than in previous years, Saigon Giai Phong reports. They spoke to several flower shops at the market and saw that roses are the most demanded flowers this year. However, more flowers did a good job. Click here for the complete article and video.

"Join us and bring your questions. This is a great opportunity to learn from an amazing group of talented and accomplished women within your industry - "The floral industry.""

At Dutch export company Vianen Flowers, they've put their women in the spotlight in a video named "That's how women roll at Vianen Flowers".

Also at Colombian Hydrangea grower Flores Del Este they did: 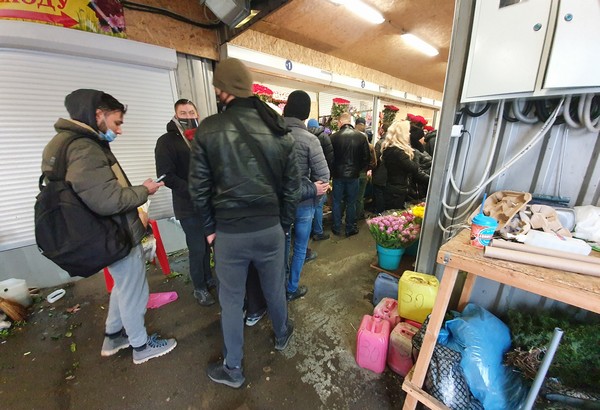 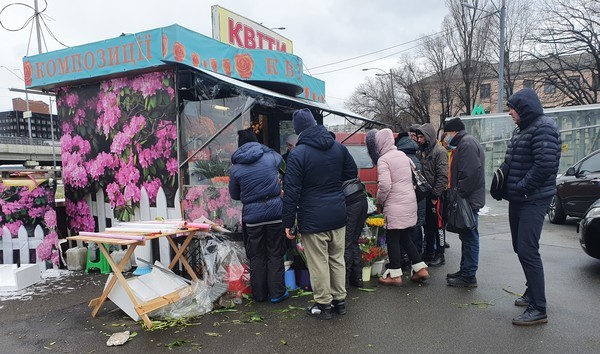 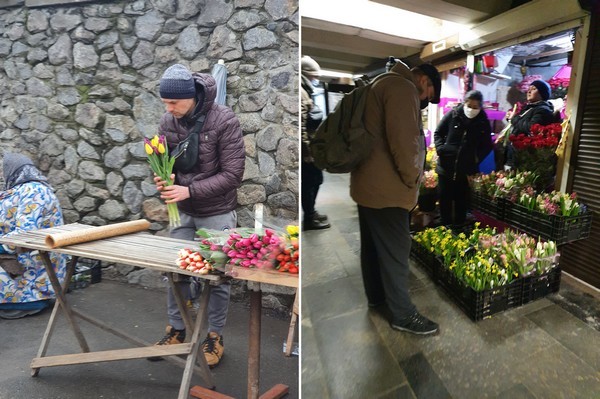 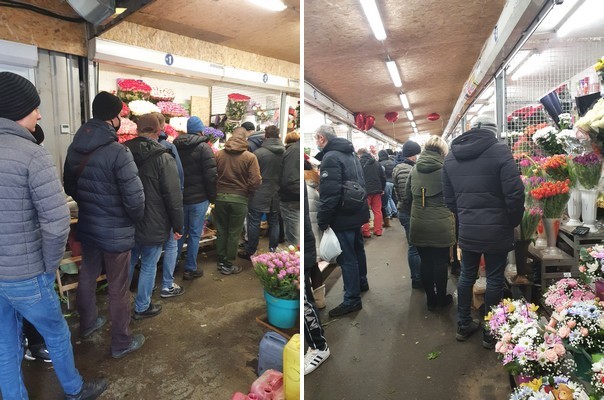 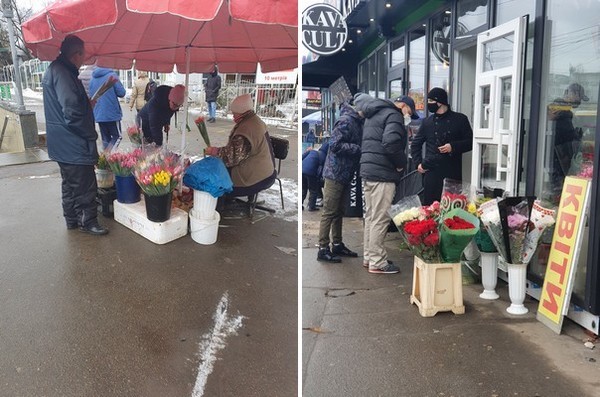 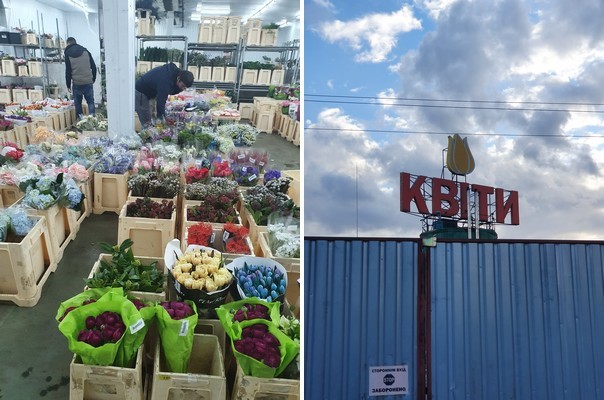 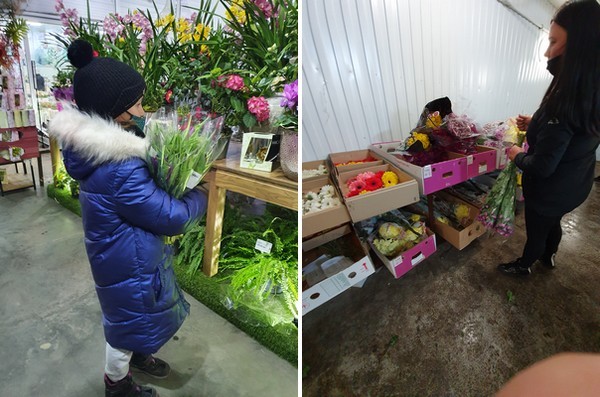 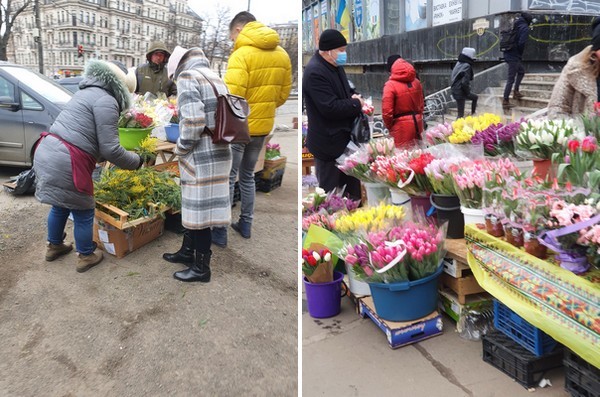