"Government causing the demise of the Irish horticultural sector"

The Departments put forward no workable solutions during the meeting. The members suggested that the three relevant Ministers address the committee next week. IFA wants this meeting to take place as soon as possible.

During the meeting, it was proposed that the importation of peat would be part of the short-term solution. This is deeply hypocritical in the context of the Climate Action policy. IFA President Tim Cullinan said, "The three Ministers need to get together and sort this out. We need political leadership here. We are sick of everyone blaming everyone while small growers and substantial businesses who provide a lot of employment are being put out of business by our Government. It’s a total travesty,” he said. 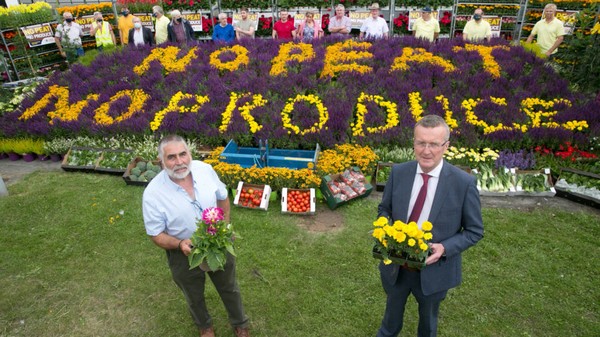 “Last week growers built a display outside the National Convention Centre with the message, ‘No Peat, No Produce’. The Irish Government is destroying the Irish horticulture sector it so lauded in its program for Government.”

Following last week’s protest, Minister Hackett’s office released a statement that claimed that a stock of Irish peat that would alleviate the immediate issue may have been secured.

“The industry would like clarity on this peat stock as it was not clarified during the JOC meeting. If it is stockpiled peat, it will not be suitable for casing for the mushroom industry as the mushroom industry requires fresh peat as a component of casing. This is not a solution of any duration. Without an immediate resumption of peat harvesting, the sector will not have peat available for next season.”

“Without immediate Government intervention to allow the harvesting of peat, the Irish horticultural sector faces wipeout. The Ministers in charge here have to step in to save the sector. The situation is now beyond serious,” said Tim Cullinan.

“As a major segment of the Irish horticulture sector relies on peat, particularly the mushroom and ornamental sectors, this policy will have devastating consequences. Producers will either have to close their business or import peat, which will make some businesses unviable because of the extra cost,” he said.

Exhausted supplies
Ireland’s horticultural sector has a farm gate value of €477m. The industry is responsible for 17,000 jobs, including an estimated 6,600 people directly employed full-time and another 11,000 indirectly employed in value-added and downstream businesses. The horticultural sector is a significant aspect of the Irish agri-food sector. Following a ruling of the High Court in September 2019, harvesting peat from bogs greater than 30 hectares requires all harvesters to go through a complex licensing and planning regime. Horticultural peat harvesting on Irish bogs has all but ceased. Irish peat supplies will be exhausted before September.

In terms of peat availability, this highly specialized industry now finds itself at a critical juncture. If the Government does not immediately take action, growers will not have sufficient peat stocks for the backend of the year. There is no viable alternative to peat at the moment. “As it stands, we will be forced to import peat from Europe and the Baltics, which is at odds with the green credentials of the horticultural sector.”

The area of peatland required to supply the Irish horticultural industry is just over 1/10th of 1% (.12%) of Ireland’s total area of peatlands. A shortage of peat on the European market, with growers having their orders refused, is compounding the issue further.

The Minister convened a Consultation Group earlier this year to find a workable solution for the industry. The group has met seven times and produced a comprehensive document outlining workable solutions. This document was completed in May. However, the political parties have yet to agree on it.