The AS 1200 battery-powered spray blower has proven extremely popular on the market and earned Birchmeier Sprühtechnik AG several awards on account of its innovative design. Thanks to a recent development, the spray blower is now powered by two CAS (Cordless Alliance System) 18-volt battery packs that are attached side by side.  This means that all of the manufacturer’s battery-powered devices are now equipped with the CAS battery pack system.

The AS 1200 battery-powered spray blower is designed to be used as an attachment in conjunction with a sprayer from Birchmeier’s “Accu-Power” range. The manufacturer has now upgraded the spray blower to 36 volts by coupling two CAS (Cordless Alliance System) 18-volt battery packs that are attached side by side. 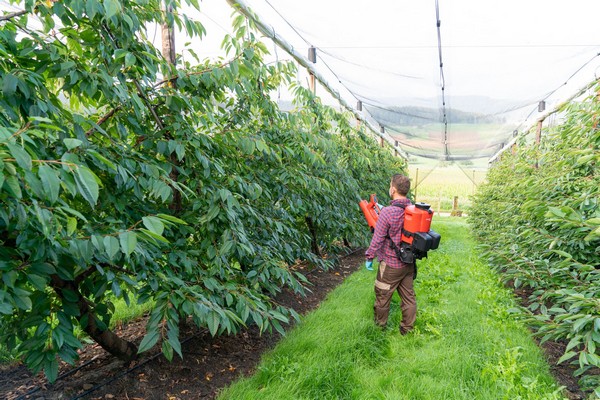 The powerful LiHD batteries, the voltage increase, and extremely low-resource energy efficiency increase the battery-powered spray blower’s run time by approximately 50%. What’s more, the highest blower level (the turbo level), which was previously limited to 30 seconds, can now be used permanently. As such, large ranges can be covered during the entire operating time.

The Swiss manufacturer has developed a handy 2-in-1 solution for attaching the battery packs: the unit containing the two battery packs can either be attached to the backpack sprayer or worn as a hip belt, for example when using wheelbarrow sprayers. 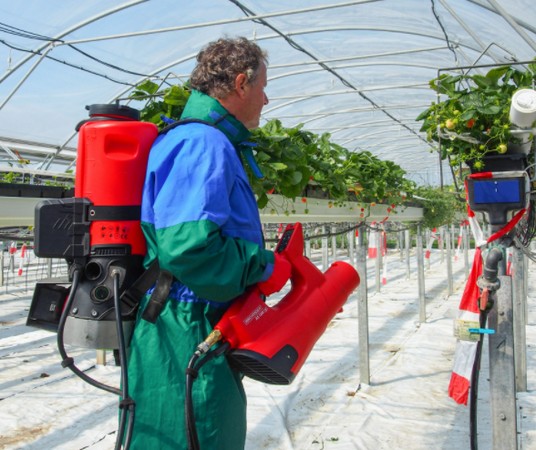 Users also benefit from the fact that both the battery packs and the charging units of the 26 partners in the CAS network ensure cross-manufacturer compatibility and can be used with over 280 devices. Users’ purchasing costs are greatly reduced thanks to the fact that the battery packs can be used repeatedly in a wide variety of different devices. The CAS system is high quality and boasts performance characteristics able to cope with demanding applications, for example, short charging times as well as impressive capacity, operational reliability, and service life.

Controlled airflow increases target area accuracy
The AS 1200 battery-powered spray blower optimizes the application of pesticides and plant strengtheners, whether users are aiming to spray a specific area with pin-point accuracy or cover dense foliage, hedges, or flat areas.  The choice of different nozzle types and spray pressures enables users to make the right adjustments to suit the application in question. Using a low blower level results in a light airflow capable of moving leaves in close range, meaning that the droplets will land perfectly on the foliage and gently moisten both the upper and lower sides of each leaf. The blower power can be increased to hurricane level, the spray pressure can be adjusted and the nozzle type can potentially be changed for higher applications (up to 13 meters). 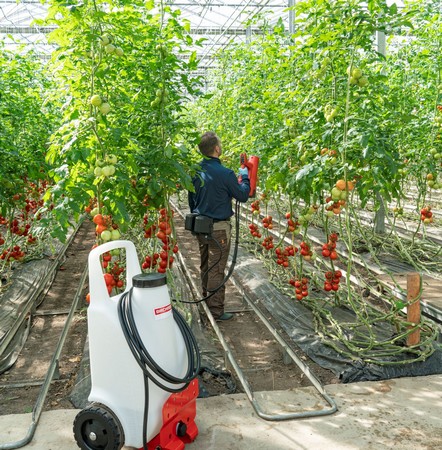 This new process enables users to penetrate their plants better and hence increase effectiveness. The process also saves spray solution because more of it lands on the plant, it is distributed better and less of it is lost when spraying. It prevents almost all unwanted spray drift.