Valentine's 2022 was a good day for German flowers traders. They had 30% more sales and a 13% higher average prices than last year, BGI, the Association of German Flower Wholesale and Import Companies, estimates 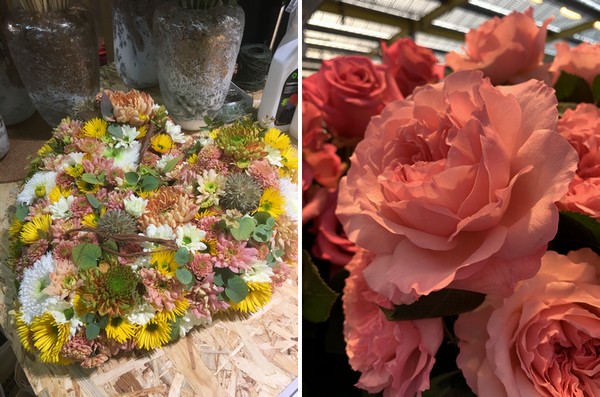 There is usually still a figurative wall running through the country from north to south. That is to say, Valentine's Day is not big in East Germany, but they make well up for this with International Women's Day. Valentine's Day is, however, a hit in the southern regions, especially Bayern and Stuttgart.

In Germany, too, it seems the interest in alternatives to red roses is on the rise. There were no shortages, and products from South America and elsewhere arrived in good order (unlike the previous year, when air freight was more difficult). The Germans could ensure that prices were not exorbitantly high despite high costs for just about everything.

That was thanks to longer-term supply agreements. This would have been even better, some traders say, if florists did not tend to order last minute. Also, although flowers and plants have become more important in the past two years, the sector must be careful not to become too expensive.

Rhein-Maas auction
The figures and developments at the Rhein-Maas auction were not much different. The market situation on Valentine's Day and the week before was generally good both at auction and at Clock Service. Week 6 ended with a significant increase in sales and quantities compared to the previous year, which had been affected by winter temperatures.

Cut flowers in red and shades of pink
In the cut flower segment, roses, tulips, gerberas, and bouquets were particularly popular in the week leading up to Valentine's Day - mainly in red, pink, and its shades. Almost 54% more tulips were sold around Valentine's Day 2022, while volume was about 30% higher than a year ago. Spring flowers like ranunculus, freesias, and hyacinths achieved satisfactory prices too.

The higher energy prices were noticeable in things such as the reduced availability of red roses. And there were transportation problems from particularly Kenya. Despite these issues, there were more cut flowers on all days in the week before Valentine's Day than in 2021.

Potted plants: Phalaenopsis still at number one
Pot plant buyers were particularly fond of indoor plants like Phalaenopsis, planted trays, daffodils, and hyacinths. Phalaenopsis remain the most popular houseplant, even though there were slightly fewer of these in week 6. Bulbous plants were clearly more in demand in that week, and green plants, in particular, were sold in much greater quantities. Among garden plants, shoppers bought mainly primroses, camellias, conifers, and pansies.