NL: A peek inside the new 10ha chrysanthemum greenhouse of UGrand

The first chrysanthemum cuttings were planted in week 46, and at the end of January the first stems were harvested. The new 10ha greenhouse of UGrand, a joined project by growers MG Grand and Van Uffelen Flowers, is a stunning piece of horticulture we had the pleasure of visiting. Farm manager Dennis Ammerlaan took us on a tour. 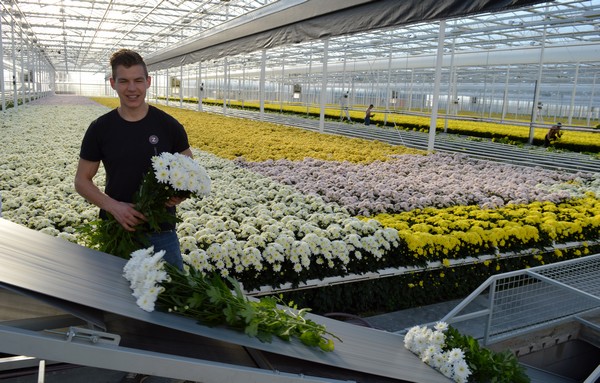 With double screens, LED and Son-T, fogging system, diffuse glass, insect netting, and all sorts of technologies the greenhouse truly is 'state of the art'. Also, the facility is equipped with 35 air treatment units, guaranteeing a perfect climate. 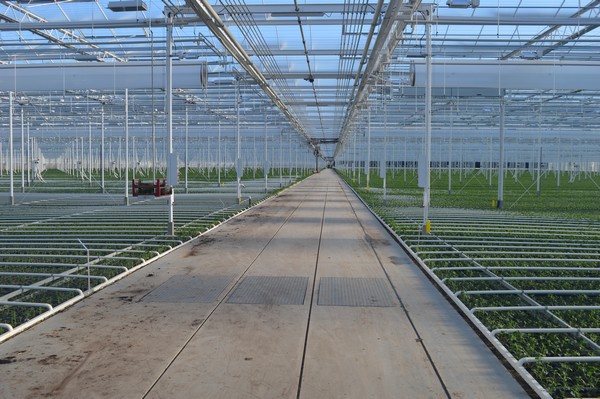 Literally bout half a kilometer deep

The center aisle with its underground conveyor belt build Van Holstein Betonwerken deserves extra attention as well. It is not the first time they took on a project like this, however a few records are broken again. It is just over 500 meters long and with a width of 4.5 meters it accommodates three conveyor belts. 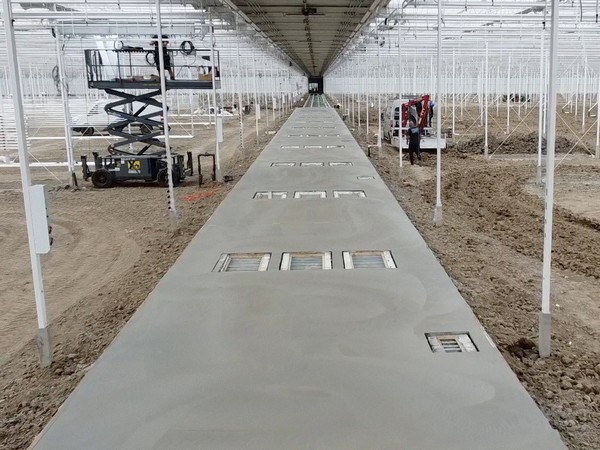 Special project
"It was a special project," Michael de Graaf, building specialist at Van Holstein Betonwerken, tells us. "It is not always convenient for other parties working the job when we are at work. We break open the entire project from front to back, right through the middle of the greenhouse. Anyway, we got the job done in just three months, which was as smooth as can be expected." 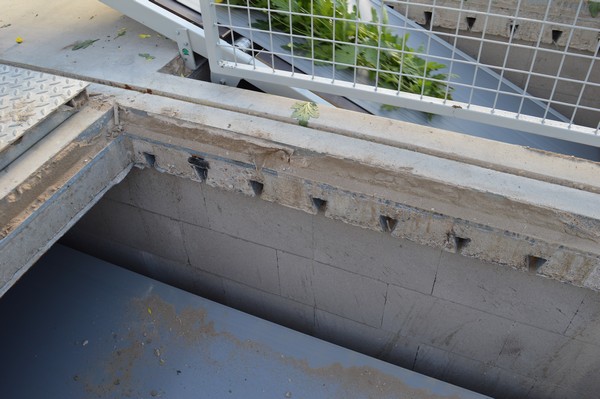 An excavated pit collar - because of its width sufficient sturdiness was an issue. Therefore the entire floor was poured first, while only later the openings in the floor were grinded out. 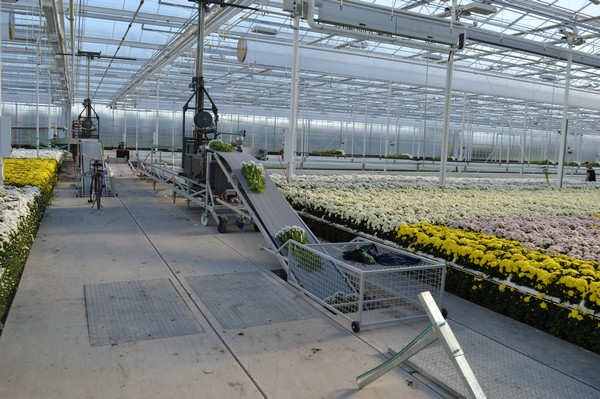 Maximum flexibility
To a large extent, the center aisle determines the rhythm of planting and especially harvesting. "With three belts we can harvest faster and with more people", Dennis explains. "That makes a big difference in terms of hours; you can start later or stop earlier and still achieve the desired quantity. In addition, you can harvest several varieties simultaneously. You really don't need all belts every day, but at peak times, such as Mother's Day or Women's Day, there is much less chance of getting stuck. You are simply more flexible." 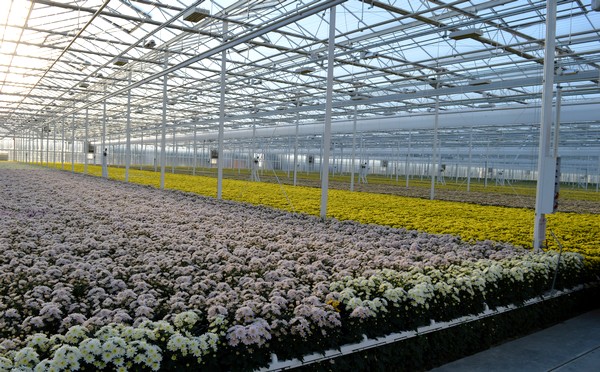 Clean soil
Finally, as for example with lisianthus, the tunnel also accommodates a steam pipe. In chrysantemum cultivation, growers steam the soil once a year. This is energy-intensive, particularly in light of current energy prices. "Luckily, we had a little advantage", Dennis continues. "There has been no cultivation on this land for 20 years. This area was home to two tomato growers, but they grew their crops on mats.  So the soil was clean, we did steam part of it but observed it was not necessary, really." 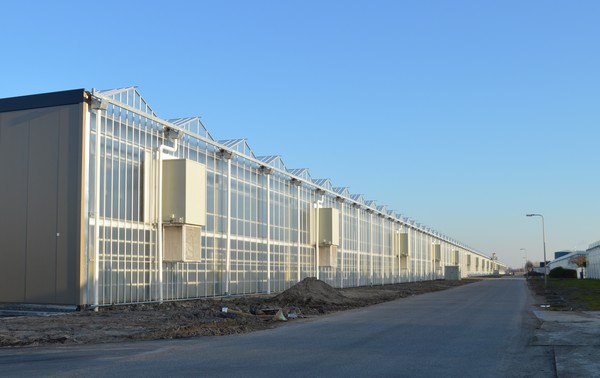 In the greenhouse, the spray chrysanthemums Pina Colada white and yellow are grown, as well as Pastela Rosé, Cava, Bellini and soon Ballerina. 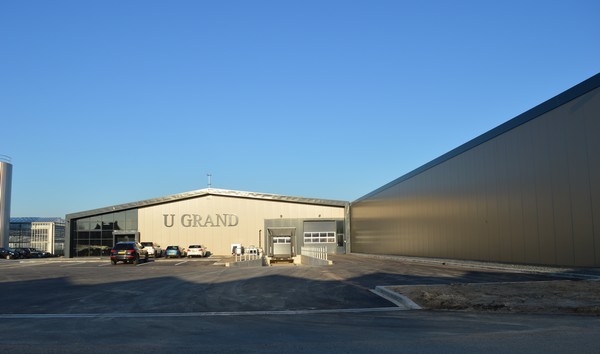